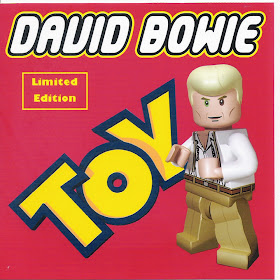 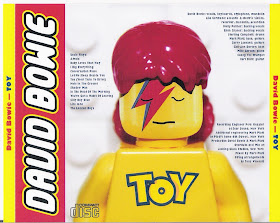 Today the DB DVD bonanza has an extra cookie :) Thanks to ziggy for this gem, in Flac no less. extra cool cover!

Originally, Bowie had recorded the album Toy for release in 2001 or 2002. This album was meant to feature some new songs and remakes of some his lesser-known songs from the 1960s. Toy remains officially unreleased.

"Liza Jane" was Bowie's debut single, released under the name Davie Jones with the King Bees. The original version of "Silly Boy Blue" appeared on Bowie's eponymous debut album, and several other versions of these songs were released during Bowie's early career including "I Dig Everything," "Baby Loves That Way," as collected on Early On (1964–1966), and "In The Heat Of The Morning," and "The London Boys," as collected on The Deram Anthology 1966–1968. A version of "Conversation Piece" was recorded and released in 1970.

"Uncle Floyd" (retitled "Slip Away") and "Afraid" were later released on Heathen, “Baby Loves That Way”, “Shadow Man”, and “You’ve Got A Habit of Leaving” were released as b-sides to Heathen's singles, and "Conversation Piece" was released on the Limited edition bonus disc of Heathen in 2002.

Note: This is the track listing of the version of the album leaked in 2011, which is rumored to be different than the originally intended version.