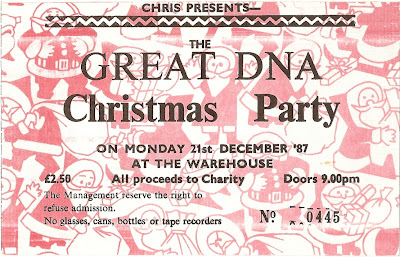 Another brilliant upload by Egg_Crisis :) Midnight Mess is a kindof "supergroup" made up from members of The Vaynes, Rose Of Avalanche, and others - another bit of undocumented Rose of Avalanche history.

Quality isn't great, but there's no other recording so...

Transfer done 8 years ago when I didn't know anything about flac, etc, and the tapes have been mislaid. :/

Split into individual tracks for personal use only since that causes more damage to the file. Do not circulate without this info file.

(Tape flip at 16:48 between Gimme Some Lovin' and Dreamland.  Roseofavalanche.com lists the first song as Darkorjan but when the song first started appearing in the setlist a friend asked a member of the band what the song was called and we were told it was called The Thrash.  The title Darkorjan appears to be a working title or a record company invention based on whatever was written on the unfinished session tapes released as 'In Rock'.  I'm told that Phil claims they only played Sunshine Of Your Love once but I'm told a recording exists of Bradford 30 Jan 88 that also includes the song.)

(Midnight mess as a kind-of 'supergroup' made up from members of various local bands.  I don't know who Kev & Gregory Peggory are though.  Midnight Mess did another gig a long time after this one, from memory it'd be somewhere around August 1987 give or take a couple of months. I didn't go to that one.)

Email ThisBlogThis!Share to TwitterShare to FacebookShare to Pinterest
Labels: Ghost Dance, Midnight Mess, The 3 Johns, The Rose of Avalanche