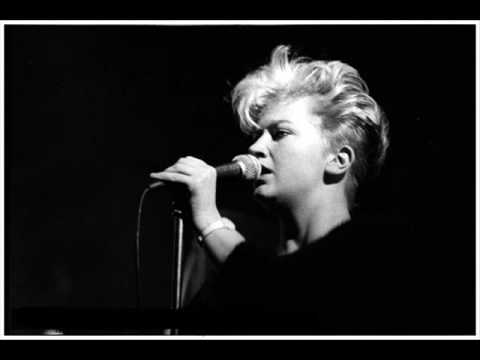 1 Nothing At All
2 Our Darkness
3 Sleeper In Metropolis

Lineage is : cassette > Audacity > CD Wave Editor > FLAC
Some tape hiss may be audible or some FM static. All tracks and bands were recorded and broadcasted by VPRO Radio.

Anne Clark is an English poet and songwriter. Her first recording was The Sitting Room in 1982, and she has released about a dozen albums since then. Her experimental music occupies a region bounded roughly by electronic, dance (techno applies on occasion) and possibly avant-garde genres, with varying hard as well as romantic and orchestral styles.
Clark is mainly a spoken word artist, but she also plays piano and occasionally accompanies herself, with piano and voice mixing in a somewhat atypical New Wave style. Many of her lyrics deal critically with the imperfections of humanity, everyday life, and politics. Especially in her early works she has created a gloomy, melancholy kind ofatmosphere bordering on weltschmerz. On these recordings she is accompanied by a backing tape written by David Harrow, with whom she wrote and produced her 1984 album "Joined up Writing".