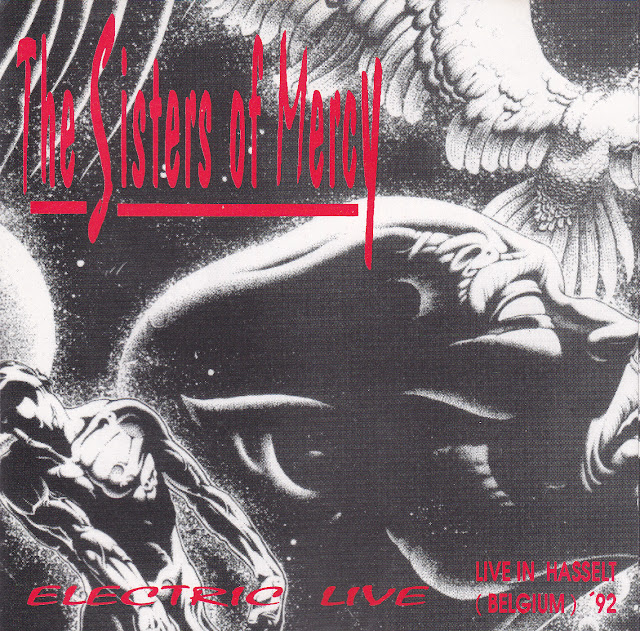 Another upgrade to Flac.

Notes: Sourced on Silver CD bootleg Electric Live. Last track Comfortably Numb, is actually the first track of the concert. I didn't corrected that,
leaving the tracklist as it is on the original silver CD.

A reasonably good quality gig, the crowd noise isn't too high, though the people around the bootlegger can occasionally be heard cheering or singing along
(for instance, a female seems to be singing melodically along to Mother Russia).

This is the last gig with Tim Bricheno, and the first time since the gig in the Royal Albert Hall that the band played Sister Ray. Even after this,
they wouldn't play it again until the 1997 Distance Over Time tour.

Conversely, this the only gig on the tour without Stop Draggin' My Heart Around sung a capella, though it is sung during Sister Ray.

Do Not Sell!
Support the band.
Enjoy.

Electric Live
Posted by circle at 15:09

Email ThisBlogThis!Share to TwitterShare to FacebookShare to Pinterest
Labels: The Sisters of Mercy 1992