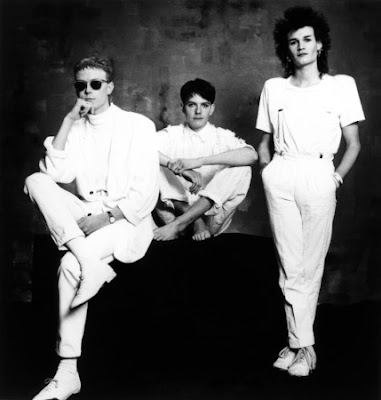 You asked for more L&R, here's an FM recording from 1986. Enjoy it. Thanks to judgesmails for sharing it on DIME.

The good news: this is an FM recording from the "Express" tour.  The bad news: the full show was not broadcast, and my copy of the tape seems to have been several generations from the master.  Nevertheless, this falls under the category of "must-have" for all L&R fans, and it serves as a nice companion piece to
some of the better audience recordings from the 1986 tour (namely the Boston show from Nov. 6).

As a bonus, I have included a KROQ interview with Daniel Ash that was recorded around the time of this
concert (and possibly on the same day).  I haven't listened to the interview for many years, so I can't
remember if they make reference to the day of the interview, vs. the day of the Palladium show.

1. No New Tale to Tell (early version)
2. Seventh Dream of Teenage Heaven
3. Kundalini Express
4. All in My Mind (acoustic)
5. An American Dream
6. Yin and Yang (the Flowerpot Man)
7. It Could Be Sunshine
xx. Ball of Confusion / War (omitted - released as b-side to "Rock & Roll Babylon" single)

Email ThisBlogThis!Share to TwitterShare to FacebookShare to Pinterest
Labels: Love and Rockets