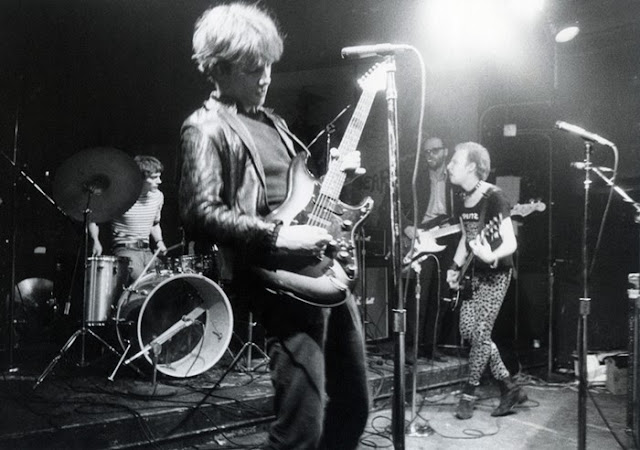 Here's the latest installment of the Gene Poole Collection, a random wellspring of recordings which have recently surfaced. To paraphrase Lou: This is gonna go on for a while, so we should get used to each other, settle back, pull up your cushions, whatever else you have with you that makes life bearable to kick off the new decade...

Some of Gene's handiwork has probably been heard by your very ears before, for the most part via the Stonecutter Archives, but this is the first major unearthing of tapes direct from the legend himself. As promising as that may seem, it's best to let the surprises hit as they are shared. The trade-off to the prolific taping on Gene's part is that the expectations for a perfect track record would be unrealistic and unfair. There will be instances of incomplete recordings, caused by late arrivals to gigs, recorder and mic malfunctions, and other assorted foibles as would befall any mortal taper. There will be times where a master from another source exists which could be superior. For the most part, Gene recorded with a variety and mics and recorders, and many shows suffered from wire dropouts, so that only one channel was extant in the capture. Due warning about the past imperfect given and out of the way, credit should be given where due as well -- for many shows thought lost forever, it's exciting to discover that many of these even in incomplete form have now cropped up.

Continuing chronologically with the prior volume, here is the headlining set of the early show from Richard Lloyd, at a small NYC club, probably CBGB. The Gentz opened.

The set starts off with a ramble from Richard, and Gene is situated to the side of the stage where the vocals aren't are present, which only serves to amplify the shambolic effect here. If you've got this playing in the background, it's more than fine. And how serendipitous is it to have any kind of live recording with Velvert Turner, especially in this briefest of periods where he actually played in Richard Lloyd's band? Richard introduces the other members at the start, but because the vocals are way over on the other side, it's not audible who the rest of the band are, so any corrections are welcome.

Closer listening and inspection will reveal how sloppy and out of tune the band are on the first song. Richard apologizes afterwards for not having changed the tuning peg on his guitar. Then the band next loses its way briefly midway through "Atmosphere" and they seem to jam aimlessly during "Alchemy" as well. Before "Secret Words," Richard mentions that they're going to be releasing a 12" EP of "Secret Words" in about two months time, but that seems to have never happened. None of this should be surprising as this was a period in Richard's life before he kicked his junk habit. And yet there are still some sublime moments in this set, such as the great delivery of "Only Friend" which wouldn't surface until its appearance on "The Radiant Monkey" six years after Velvert's passing.

richardlloysnewyork82
Posted by circle at 15:16