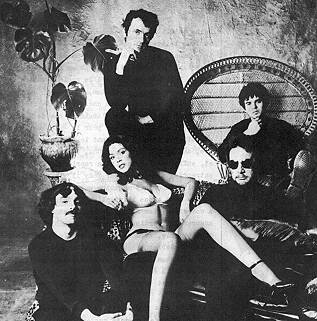 Original Info File:
An edited radio show of this gig has been around for what seems like ever… It was great quality, but marred by an edit to their great epic Sewer, which saw eight minutes reduced to three!

A few years ago a collector handed me a cassette with missing tracks from the radio show… including a full Down In The Sewer.

I have patched up the gig to completeness using the magic of Adobe Audition.

I used the version of the radio show that came with this cassette for the first half mixing in the missing/extended tracks to make it a uniform listening experience, then topping off the last seven tracks with the highest quality version I had. A true Frankenstein's Monster!

The "missing/extended" tracks (denoted *) were from a different source altogether, and there are no notes indicating where they came from (another broadcast perhaps)?

Email ThisBlogThis!Share to TwitterShare to FacebookShare to Pinterest
Labels: The Stranglers