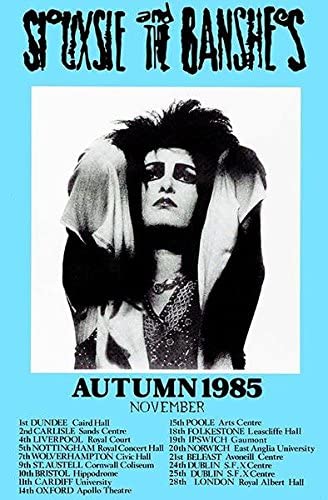 Good FM Broadcast, just 2 songs since all the others have been officially released. Thanks to frankvink for sharing.


All other tracks from this show on my tape were officially released on "At the BBC," but the track listing is a bit questionable. My tape has the following tracks, so you can try to figure out where these two belong: Green fingers / Bring me the head of a preacherman / Sweetest chill / Cannons / Melt / Candyman / Arabian knights / Happy house / Pulled to bits / Nightshift / 92 Degrees / Christine / Switch


Not my own recording, but a good sounding copy received in a snail mail trade.


I'm digitizing my tape collection, mostly recorded from Dutch radio in the 80s and early 90s. The original tapes will be binned and after seeding I will not keep the original flac sets, so unfortunately I will not be able to reseed them in the future.