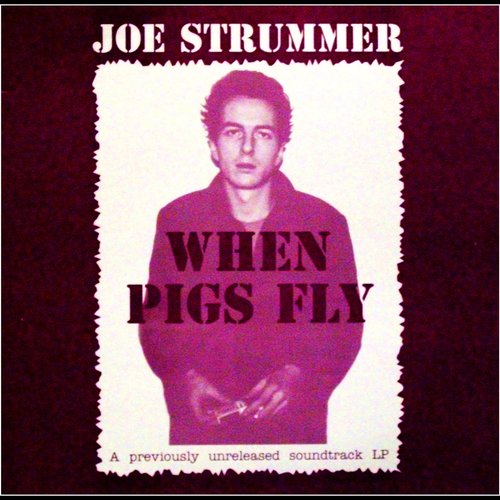 This is just awesome. A MILLLION THANKS ar not enough to thank kinmount for sharing this pearl on DIME.

Perfect Sound Forever: For most of the '90's, you were outside of the public spotlight. What were you up to?

Joe Strummer: Well, there's a nice hammock in my yard, made from Guyanese mountain goat wool. (laughs) I am a lazy sod though - let's put that down front. And I also did a lot of weird things. I was always involved in things that never came out, like a jinx dare I say it. Like for example, I took eight months to do a score for a film called When Pigs Fly. There's talk of releasing the score (now). I did it all, front to back for the whole picture. The film couldn't get any distribution - they showed it at festivals here and there but nothing happened. Probably had one or two showings in its life. But there's talk now that they wanna put the score out. It's a lost body of my work, if I may use such a phrase! That probably took a year to come out of my head and that never came out.

The above quote, from a 1999 interview with Perfect Sound Forever's editor Jason Gross, describes what happened to this missing piece of Strummer history. Recorded in 1993 during Strummer's un-years, these songs were intended for use in the ultimately unreleased movie When Pigs Fly, directed by Sara Driver, longtime partner of Jim Jarmusch. If one is diligent enough, it's possible to locate most of these tracks, however it's not terribly easy. And I'm not counting crappy home made video versions on YouTube.

I obtained these back in the mid-90's when someone gave me a cassette of them. There are eight tracks in all: