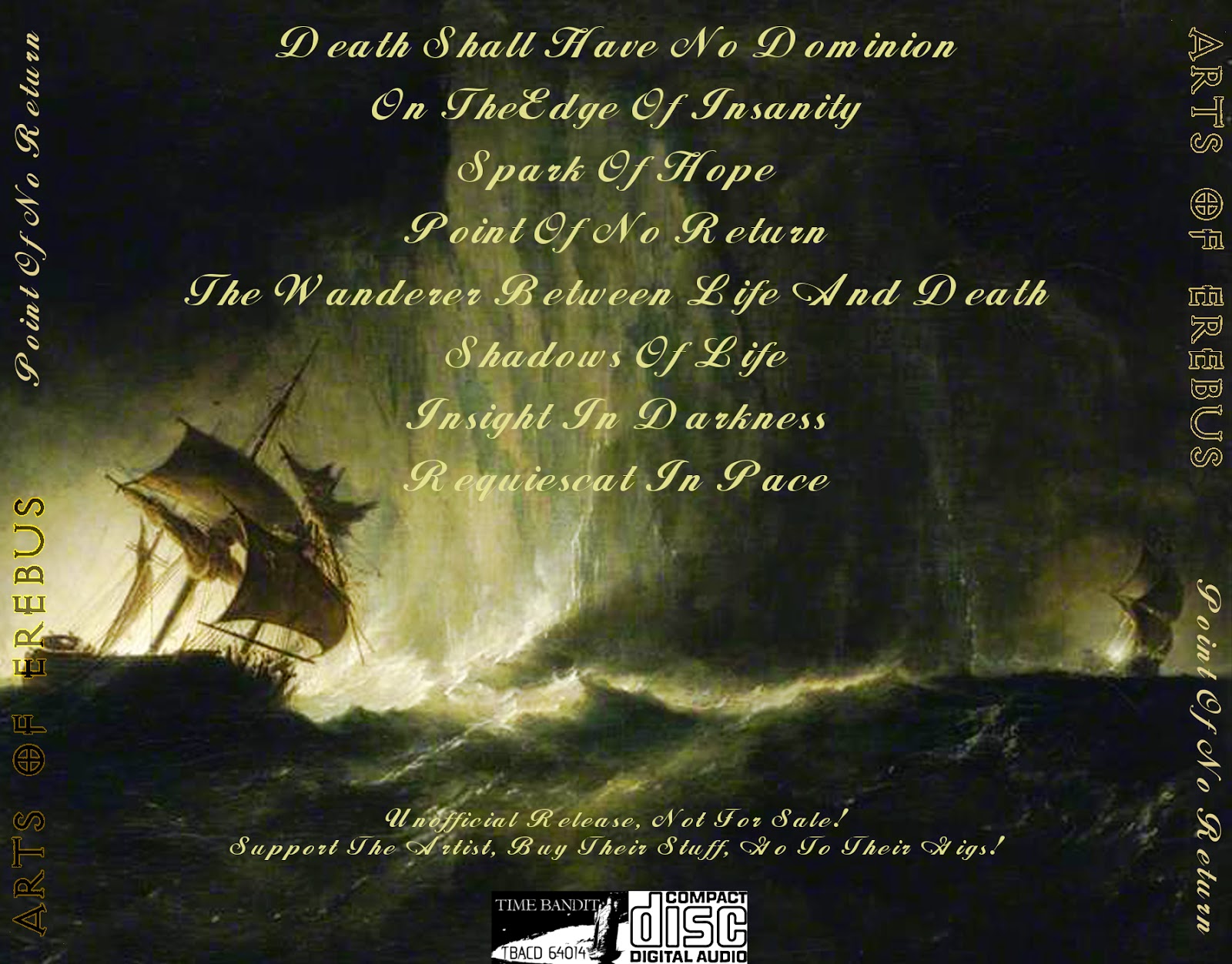 aka "Point Of No Return"

Arts Of Erebus is a band playing emotonional gothic-rock music in a modern sound. The band is located at the french border region to Germany, and the members come from both countries France and Germany.
The band started back in 2001, releasing several CDs and playing live shows in central European countries since that time. After some changes in the lineup, 2013 the band returns with the conceptual album "An Open Case Of Parousia".
The WGT gig went into band's history as "We swallow into pieces" it was a really hot WGT and about 60 degrees with strong humidity in that small venue.
I wanted to Record "Sweet Emerngarde" too but the recorded failed due to the climate conditions.

Influences:
The Mission, Fields Of The Nephilim, Garden of Delight, Merciful Nuns

recording made by NorthernNephilim (DIME: TimeBandit )
Do not transcode to lossy formats or remaster!
Not for Sale !!! Sharing is Caring, do not trade the FLAC´s without info file, checksum
If you like the band, please visit their concerts and buy their records.

Email ThisBlogThis!Share to TwitterShare to FacebookShare to Pinterest
Labels: Arts Of Erebus