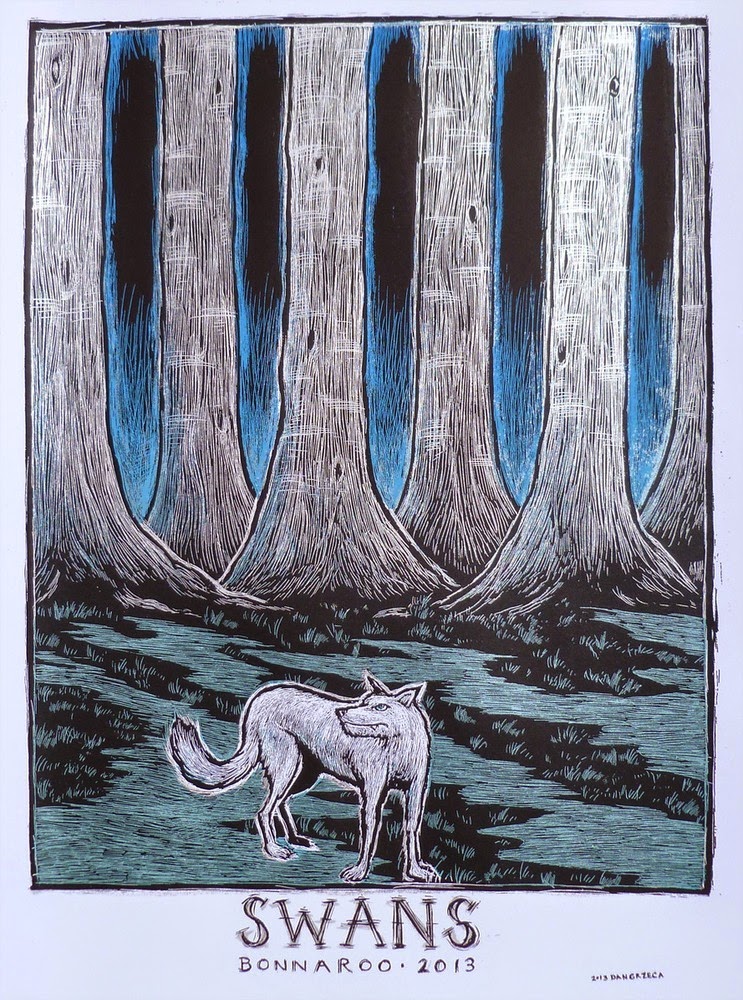 Taken from the webstream, so it's lossy sourced. Very Good sound. Thanksto DrG for capturing and sharing it here.

Lineage: Buffered live Bonnaroo video webcast (the stream staggered to a halt during She Loves Us, but I was able to restart it from the beginning of the whole gig) > Audio capture via Audacity > Cut to separate tracks with WaveLab Lite and boosted 5dB > FLAC level 8

Also; first track trimmed with fade-in added to remove copyright song playing for the band's set-up and *loud* quick start. As trimmed, this will fit on a single CD. There is some *computer* background noise and stream-related click or two, but the loudness of the Swans overcomes.

In the forgotten and ancient honor of actually entitling bootlegs, I'd like to give this recording a name. In the second half of Oxygen, Gira recites; "Stop texting! Stop texting!"

DO NOT SHARE ON DIME OR OTHER SITES LIKE IT!!!!
It was considered a *lossy* recording by Dime due to the source, and banned within minutes of uploading. However, I did what I could to capture this broadcast simply to enjoy it, as I hope you will.

Email ThisBlogThis!Share to TwitterShare to FacebookShare to Pinterest
Labels: Swans