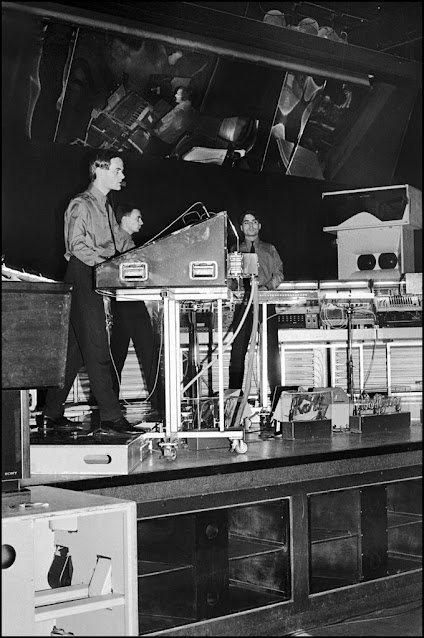 Excellent sound. Thanks to doinkertapes for sharing it again and for the artwork.

Here is another one of the tape trades I made with German pals while stationed in Wiesbaden in the US Air Force. This time around, it's a 1:1 copy of the master of a really fine audience recording.

Kraftwerk were known for both changing song titles and lyrics to suit the nation where they performed. To the best of my knowledge and correct me if I am wrong, they sold albums and performed in French and Japanese, as well as in German and English. Therefore since the performance was in Germany, the titles listed below are from the original German.

This concert also features some early differences in vocals. In the song "Computerwelt", the phrase "den Zeit ist Geld" has been added. That was later dropped in all performances. To those who don't understand any German, that could be translated in two fashions - Literally: the time of the world of computers is all about money, and figuratively: that time IS about (gold) money.

It seems positively quaint that in 1981 no one quite understood how you could get love from a computer!! The thought of computers themselves making love was just too much...

Thanks to Raul for the tape.