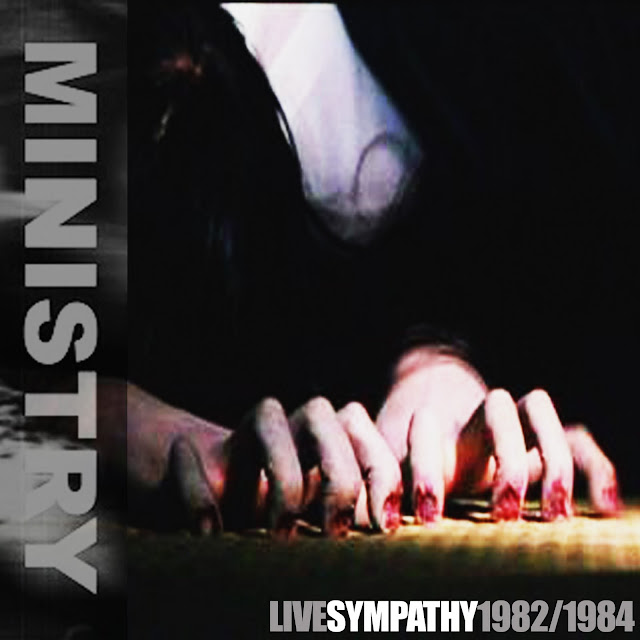 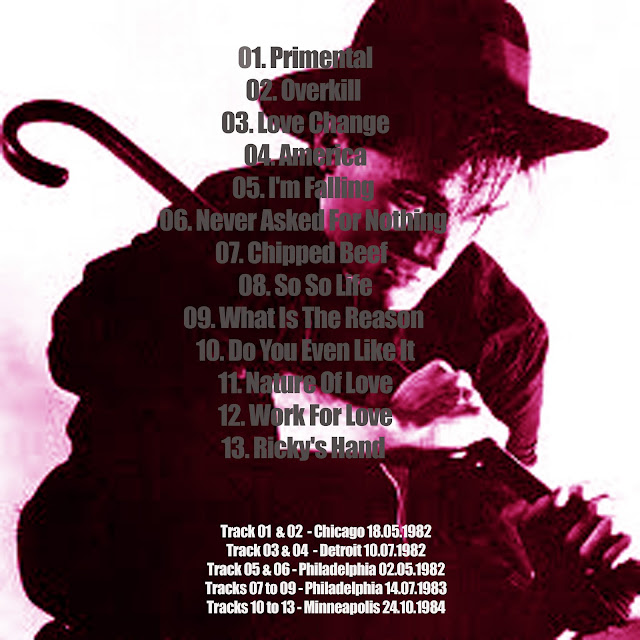 Sometime ago I published a Ministry bootleg called Live Twitch 1986, that I made collecting some live tracks from 1986 that were laying around on the net, nothing totally new, but it made some impact. Now I've been asked by Jenya if I could post it on Flac. I'll do it, but felt like doing another one of these Live CDs first, again nothing that hasn't been shared before, but it's a nice document of early Ministry. This one can be a shock, if you only know Ministry after the sucess of Land of Rape and Honey, but actually there are hints of the future sound of the band as early as 1982, since they were more aggressive live than on record, but also because the more alternative tracks were left out of the "with Synpathy" album ,in a move from the record company trying to sell Ministry as a Synth Pop band. They failed, thankfully :)  Cover done by me, keeping in touch with the simple concept of the other bootleg.

sympathy
Posted by circle at 13:52