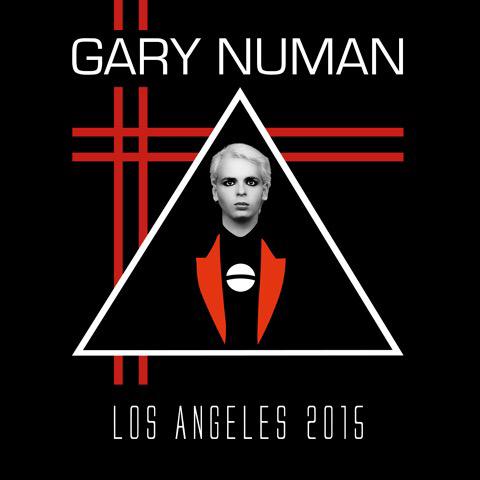 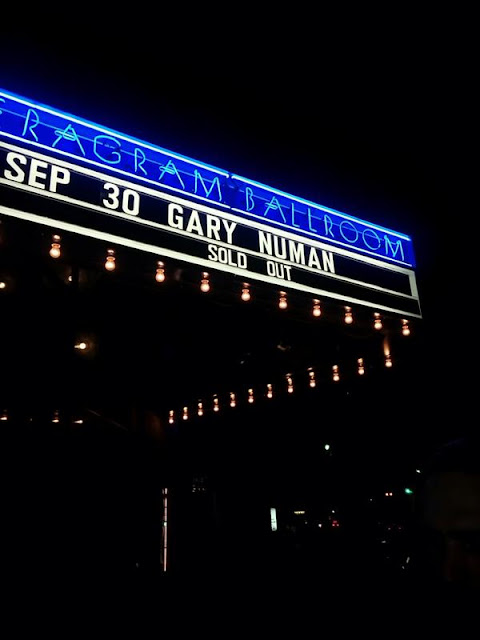 Excellent sound quality. HUGE Thanks to mixter_ for taping and sharing on Dime.

"I am the final silence. The last electrician alive. And they called me the 'sparkle'" - I Dream of Wires [1980]

Dedicated to my friends Alan and Matt for the blocking assistance!

Gary Numan's self-defined "Machine Music Era" (Replicas, The Pleasure Principle and Telekon) has left an indelible mark on many people including yours truly. There are entire websites devoted to this all too brief two year period between April 1979 (Replicas release) to April 1981 (Wembley Farewell shows) in which these three U.K. #1 albums were released. In fact, Trent Reznor has cited this period of Numan's career as having created the blueprint for Nine Inch Nails. Many would argue that their styles of music are indeed very different. However, themes of dystopia, isolation and paranoia dominate both of their oeuvres. Numan's use of synthesizers AND more traditional instruments (guitar, bass, drums, piano and strings) wasn't entirely unique even during its time, but the way Numan combined these elements WAS. In fact, at one point the British Musicians Union wanted to have his music banned. It was not because of any obscene content. It was because they felt that he was putting real "honest" musicians out of work through his use of synthesizers! Wow! Times really
have changed. Over the years Numan has held many roles: Composer, Producer, Pop-star, Media Pariah, Pilot and perhaps most importantly Family Man. He hasn't always been held in such high esteem even by his own standards.
The same insecurities and sense of alienation that created such brilliant works as "Are 'Friends' Electric", "Metal" and "I Die: You Die" would later serve to undermine his career. It's not so much a story of excess or hubris as much as a story of insecurity and an inabilty to assess his own talent. The British press at the time were all too happy to label him as a weird talentless freak. Because of his robotic presence (stage fright) and propensity to stare at people (social affectation), they would dub him "Scary Numan". Now that term is used in reverence by tribute acts and even Boy George's latest DJ mash-up...

Furthermore, it didn't help that at the time he was a Thatcherist while other bands like The Clash and The Specials were railing against the Monarchy. The tabloids and music press were vitriolic and merciless. This only strengthened the loyalty and resolve of his fierce fans or "Numanoids". They would show up at concerts dressed in his various album personas and even stage a "sit-in" at the BBC for their unwillingness to play his music. John Peel was the rare exception. He booked Tubeway Army and Numan for two separate sessions in 1979. Gary would later be invited back to
Maide Valle only some 20 years later. He now has several people including Radcliffe and Marconi at BBC6 who cite his strong influence on a new generation of artists. Now 35+ years later the press label him as "The Godfather of Electronic Music" (GQ-UK - 2011) and "Industrial Pioneer". Times have really changed indeed!

From the opening chords of "Replicas" it is evident that much time and consideration was spent in preparation for these events. Instead of trying to maintain a note-for-note, sound-for-sound recreation of the songs like on the album tours, Numan has opted to update several arrangements while remaining very faithful to the originals. One such example is "Metal". It has returned to its orignal album composition and been stripped of its Things Falling Apart "M.E." outro. It still maintains the ferocious guitar riffs of the updated live version. That's not to say that everything has been re-created. "Cars" still sounds like the Fear Factory industrial hybrid model that came out in 1998.
Gary relied pretty heavily on vocal notes for some songs (some of which are enclosed). I can't say that I blame him.
Many of these (Telekon) have not been performed in nine years! "Are You Real?" from Tubeway Army's debut hasn't been performed since 1998! For the lucky few that got these handwritten sheets, I commend you! And for the haters that say Gary doesn't really play guitar, his Les Paul was adorned with a crib sheet with the chord changes on the first night.
It's pretty clear that both his guitar playing (mostly Barre chords) and synthesizer playing (right hand noodling) is pretty limited these days. I don't begrudge him that. Nobody seems to give a shit that Bono's reading a teleprompter throughout U2's live performances these days. Sorry, I digress! I won't say anything more about the performances here.
I will let you discover the rest on your own. Still, I think that all fans will be pleased if not amazed by these performances! Gary seems to be very happy and honoured with the reception from the sold out crowds! He expresse his appreciation and gratitude at the end of each show. In fact, it's the exuberant crowds that proved to be the greatest challenge to documenting these shows. All I can say is Get To London for the remaining residency at The Forum!

I arrived at the venue early enough in order to secure the same prime taping location each night (hat tip to Ian). I decided to choose a spot that would pick up the main speakers but be primarily focused on the center ceiling speaker array (comprised of three "fill" speakers). My distance was approximately 12 to 15 feet from the stage dead center. The overall sound on the recordings is pretty consistant across all three nights. Vocals are very clear and at the fore with a nice stereo image. There are no phasing or other mic issues. That's not to say that all three sound perfect.
Unfortunately each night presented its own unique variables and challenges. Each have a pretty modest amount of clapping that was carefully attenuated.

Night One - Replicas: VG-
I had Picolo Pete to my left. He was really drunk and waving his arms around in people's faces. Thankfully most of his whistling is between tracks, but a fair portion is at the intros and endings to songs. I employed a few tools to reduce theworst parts. On the remaining nights he was far away and much quieter.

Night Two - The Pleasure Principle: VG
I had Trainwreck Annie to my left. She was on her third Long Island and completely trashed. She took off her stilletos and insisted on dancing with me. I obliged her for a couple of songs. She "woo-hoo'd" and "fuck-yeah'd" pretty loudly between "Cars" and "A.F.E.". Fortunately she's a foot and a half shorter than I am, so nothing blew out my mic levels. I saw her on night three. As she walked up to me I rolled my eyes and said "UH-OH"! She said "I'm sorry. Was I really that loud last night?" I replied "Yes. You Were!" She said "I'm really sorry. I've switched to coffee!" I said "That's good. Are you going to be good tonight?" She said, "Yes!" She did keep her promise and was pretty quiet as she stood six feet in front of me.

Night Three - Telekon: VG+
I had Woo-Hoo Guy to my left. He would clap and cheer loudly at the end and between songs. Fortunately he was pretty respectful during the songs. He can be heard prominently during the encore break shotcalling "Dream Police". A request that would have been better served during the band's rehearsals four days prior!

In summary, I don't consider any one of these to be my best effort. Telekon stands as probably the best of the three recordings; which suits me because there's a lot of subtlety to the material. Only level adjustments were made in order to attenuate some of the clapping, whistling and shouting. Although most are unnoticeable, some are apparent. Still, they all have their merits. Therefore they have all been bundled together for your convenience and consideration.

Gary performed five select tracks from his "Tubeway Army" debut over the course of the three nights.

Too many to list. I had the opportunity to see two shows on the 2008 Replicas Tour (Belfast and Dublin) and four on the 2010 Pleasure Principle (Chicago, SF and LA). Seeing Telekon performed live in its entirety was a near religious experience for me!
I actually felt electricity surge through my body during "I Dream of Wires"! "Sleep By Windows" was fucking incredible! I overheard one gentlemen state that he saw Gary on the Teletour in 1980 and that this (current) show was better. So there youhave it kids! Book your flights!

My hope is that Gary reasseses his catalog material and chooses to be brave with his U.S. audiences for future live shows. Every tour beginning with 2001 Pure Tour has consisted of the new album material with catalog tracks consisting of: DITP, AFE, Cars, Films, Metal and IDYD (since 2010). On the final night the crowd went completely ape-shit after "Sleep By Windows", a track that wasn't even initially release in the States! Also, nobody "walked out" during "Please Push No More"
because it was slow. Be brave, Gary! Be brave! We can handle it! If somebody says "How come he didn't play 'Cars'? He always plays 'Cars'!" Exactly! You shouldn't play songs because people expect to hear them; you should play them because they don't.

Personal photographs of each night's set list and of various lyric sheets.