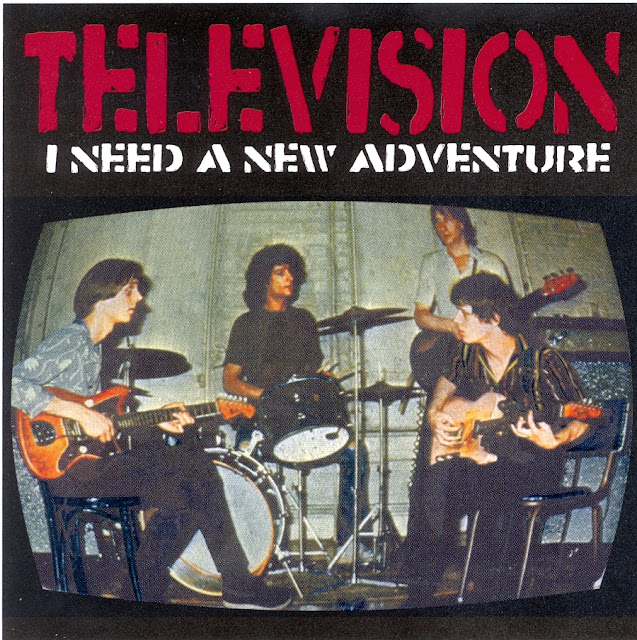 Huge Thanks to Dave sez for sending me this one to share here.

AKA I Need A New Adventure

From the Dave Sez archive: outtakes from Television's second album "Adventure", recorded amidst some acrimony at Bearsville Studios, 1978. Playing with Patti Smith from 1975 onwards, Television released the seminal albums "Marquee Moon" (1977) and "Adventure" (1978), but following major conflicts between Verlaine and Lloyd, the group disbanded in summer 1978 with a last gig at the aptly named Bottom Line Club in New York (http://darkcircleroom4.blogspot.com/2014/03/television-bottom-line-new-york-usa.html). The group reformed briefly for a further album "Television" and official live CD "Live at the Academy" in 1992, but the reformation did not last long, and the group again fell silent until live gigs in 2001 and following years. Lloyd finally left the group in summer 2007, replaced by guitarist Jimmy Rip.
The crown jewels of any Television bootleg collection are the 1975-76 studio demos for the first album (http://darkcircleroom4.blogspot.com/2014/03/television-double-exposure-demos-1974.html) and the extremely rare recording of outtakes and extras from the second, presented here in FLAC.

For the Richard Lloyd fans, a recent gig can be found at http://southernshelter.com/2017/06/out-of-towners-richard-lloyd-group-georgia-theatre-2017-06-23/.