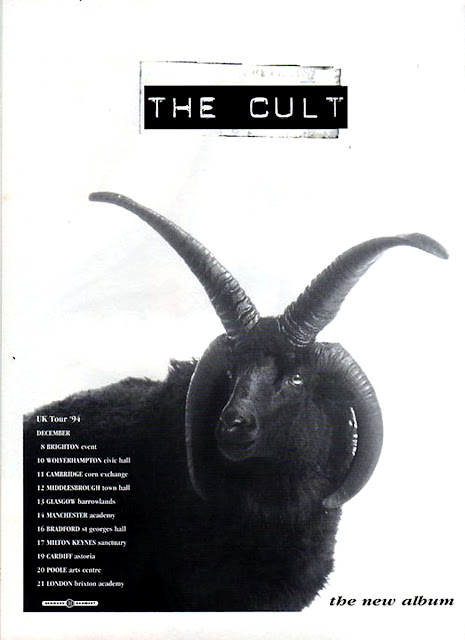 Excellent sounding recording, an upgrade to the MP3 version posted on the site over a decade ago. Thanks to the original uploader.

Good Cult bootlegs are rare to come upon. There is the inevitable rarity of good quality recordings on the basis of the fact we're talking about bootlegs here in the first place, and secondly The Cult's prowess as a live band varies largely dependant upon how out of it Ian Astbury is on any given night. That said, Thir13en's remaster of 'Rebirth Of The Phoenix' has, for a good few year now, blown any of their officially released recordings out of the water, despite being from a period in their history considered by many fans to be questionable.

The show comes from the same questionable period as the afforementioned recording. Actually it comes a few years after, from the tour for their massively audience-splitting self-titled effort. As with most BBC recordings, this is not the complete set. Those of you who ain't so much into the self-titled can relax though as only two songs from that album are represented here. The rest of the recording finds the band on surprisingly good form, despite all the internal drama that was going on in the band at the time.

The source for this was already very good. Some gentle beefing up the guitars needed here and there, a bit of widening (mostly on the upper ranges), but I've not doctor'd things too much. The recording isn't as good as 'Rebirth of the Phoenix', but I'd put it on par with their officially released stuff. At best, it can even move one towards some slight re-evaluation of an oft overlooked period in the band's history.