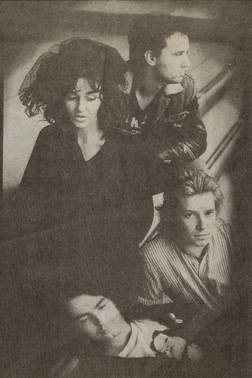 Thanks to the original uplader.

They toured through Holland with Cop Shoot Cop & Pain Teens and was a triple treat!!
This show was recorded at the Tegentonen festival in Paradiso.
For those who are following the Cranes uploadraid, 2 songs of this show we're recorded
for BBC Snub TV. There's a sounboard version of this show available via the Cranes
fanclub, which is NOT an official release. Cranes are taper friendly & approved the sale
of this CD. This is an excellent audience master & can still easily compete with the
clean SBD version where the audience is barely noticable on.
A tape of their Rotterdam show 2 days later (Feb 24, 1991) is following later

Email ThisBlogThis!Share to TwitterShare to FacebookShare to Pinterest
Labels: Cranes