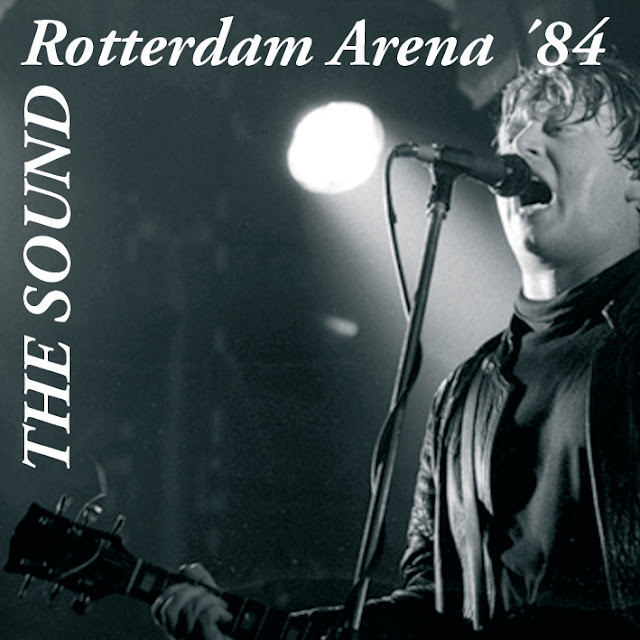 Excellent FM broadcast. Thanks to the original uploader on Dime.

An introduction to the sound of THE SOUND

Prior to The Sound's formation Adrian Borland (vocals/guitar) had already released "Calling On Youth" and "Close Up", and the "One To Infinity" EP on Raw Edge (a label run by Adrian's parents) as leader of UK's Outsiders from 1977-78. Towards the end of 1978 Graham Green joined the band, replacing the original bass player, Bob Lawrence, and Michael Dudley (drums) was recruited to play alongside Adrian Janes (percussion). The new line-up recorded three tracks, which emerged on the Tortch label as the "Physical World" EP in December 1979, credited not as the Outsiders but as The Sound. They had progressed musically from their punk roots and were anxious to leave behind a name that still conjured up the atmosphere of 1977.


After the critical acclaim of the debut EP, The Sound signed to Korova Records, releasing a string of singles and two albums, "Jeopardy" and "From The Lions Mouth". These stirred a great deal of interest from both critics and public alike, establishing Adrian Borland as one of the most creative and mature writers of the post-punk scene. During 1979, Borland and Green created Second Layer, a harder, more experimental project that ran parallel with The Sound, releasing two EPs and an album. Sporadic releases continued throughout the '80s for several different labels with varying degrees of quality and success, but never managing to equal the halcyon days of 1980-81. The Sound also collaborated with singer Kevin Hewick on his "This Cover Keeps" EP in 1984.


Even now it's still hard to understand why The Sound never found commercial success. At their best, The Sound's excellent neo-pop bears favorable comparison to the Psychedelic Furs and Echo and the Bunnymen. Their debut album "Jeopardy" has a stark, beautiful quality, with the material given direct exposure rather than a production bath. Adrian Borland's vocals are sincere and gripping; the musical attack is both subtle and aggressive. The inconsequential Live Instinct E.P contains four songs recorded onstage in London, including renditions of the band's 1979 debut single "Cold Beat" and a few "Jeopardy" songs. "From The Lions Mouth" builds on "Jeopardy's" firm foundation with a fuller sound that faintly recalls U2. Produced by Hugh Jones (around the same time he did Echo's Heaven Up Here), it's bright, dramatic and sometimes ("Fire", "Sense Of Purpose", "Winning") powerful, a riveting album, the group's best.

Pushed by their label to sound more commercial, "All Fall Down" is the defiant reply, a stark, barren landscape of harsh tones and dark passages. The black, clashing music makes the challenging album an acquired taste, an ambitious, admirable exploration of the downside; not surprisingly, the record company sent the band packing. "Shock Of Daylight" a six-song mini-album produced by Pat Collier, is a strong return, building melodic, dramatic songs on a gutsy bass/drums drive, overlaying guitar, keyboards and even brass to create an attractively textured and varied sound. "Heads & Hearts" is even better, a quilt of bright colors woven with simple care. Though it lacks the knockout punch they'd shown in the past, with "Winning" or "Golden Soldiers" for example, the record's modesty and continuous flow make it a thoroughly engaging listen, a memorable album whose sum is greater than its parts.

"In The Hothouse" is a double live thriller from London's Marquee, with all the claustrophobic ambience of the club's packed space coming through on the recording. Live records this immediate sounding are hard to find. With the bulk of the material chosen from "Heads & Hearts" and "From The Lions Mouth", this is a superb introduction for the curious. "Thunder Up" is a middle ground between "All Fall Down's" emotional warfare and the later, more sensuous pop. Punching right in with one of their most exciting tracks, "Acceleration Group", the album is a rollercoaster ride through desolation ("Shot Up and Shut Down"), titillation ("Kinetic"), cynicism ("Prove Me Wrong") and profound beauty ("You've Got a Way"). Though the contrast can be jarring, unpredictability is a strength, and this is a bold up/down, hot/cold, built-up/knocked-down record most bands would not attempt. It was to be their last such uncompromising work; the group finally called it quits in early '88.

Email ThisBlogThis!Share to TwitterShare to FacebookShare to Pinterest
Labels: The Sound