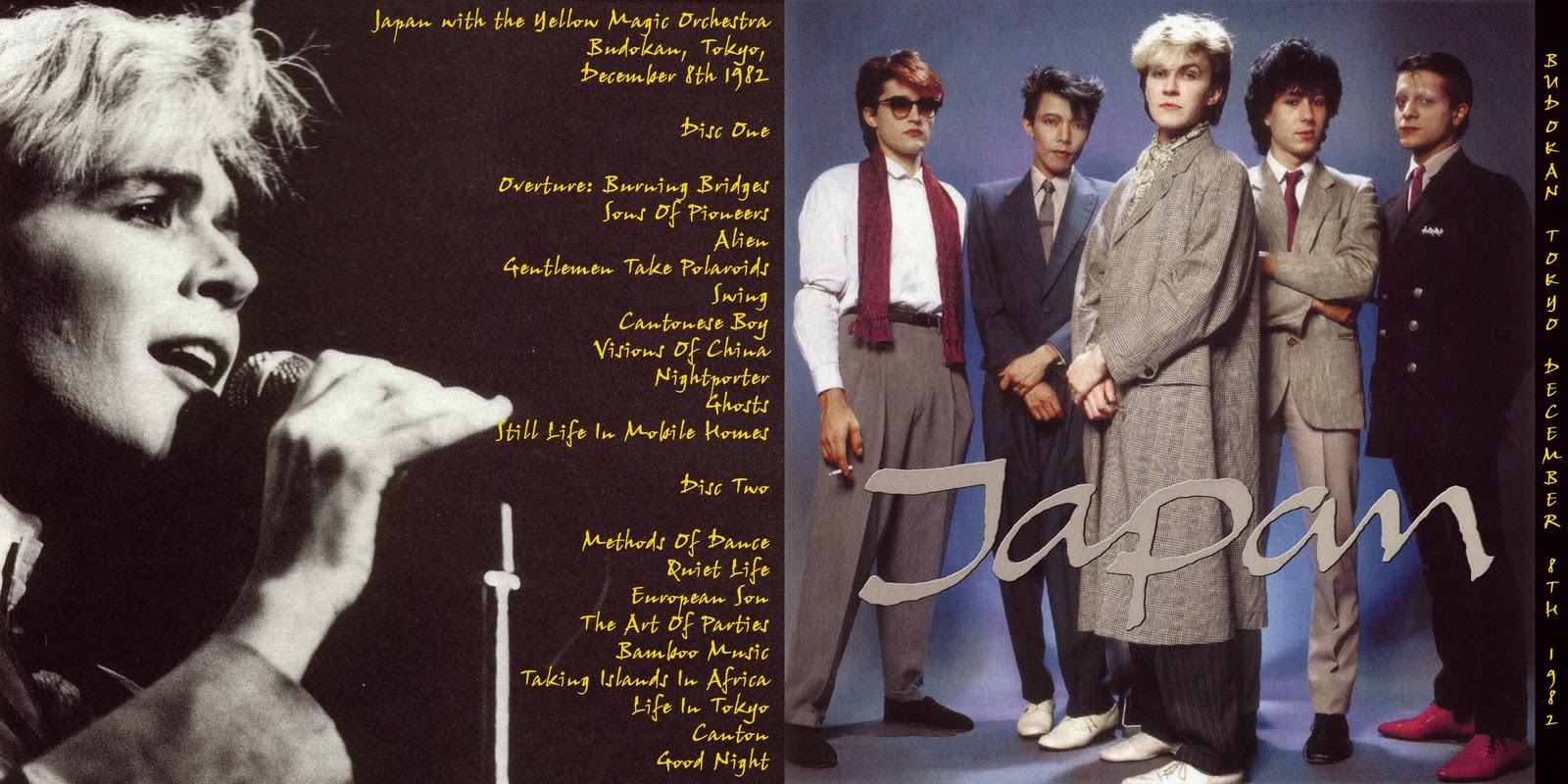 Thanks to Dave Solar for posting this one on MWP.

notes:
CD2 was corrupt and I had to convert to wav and to retrack.

YMO joined the band near the end of the set on various songs.

earlier seeder's comment:
This is one of the last shows Japan ever played! Members of Yellow Magic
Orchestra (YMO) join the band near the end of the set on various songs. The
recording was originally captured from its broadcast on Ryuichi Sakamoto's
"Sound Street" radio. As with nearly all Sylvian related boots before 2001,
lineage is unknown. The tracks on tape are superior but the tape was missing
the three tracks that had to be added in from vinyl. Taking Islands in Africa
seems to have been a little warped on the LP it was taken from, the other two
tracks blend in surprisingly well.

I used noise reduction and FFT EQ filters optimized for both sources, and spent
a LOT of time trying to get a good balance between cleaning up the sound and
leaving original frequencies and integrity intact. I basically tryed to make up
for the alterations caused by a tape transfer, then match the vinyl tracks to
the sound that came out of that. EQ is still a *little* rough because I decided
to err on the side of caution (you can always tweak on your own). In the end I'm
very pleased with the results, and am glad I used a light touch, hiss is
noticable on some of the softer tracks but isn't distracting like it was before.
This show was mixed by John Punter, so I didn't want to destroy his work.

kbb3IMqhNa1qCA
Posted by circle at 13:16

Email ThisBlogThis!Share to TwitterShare to FacebookShare to Pinterest
Labels: Japan