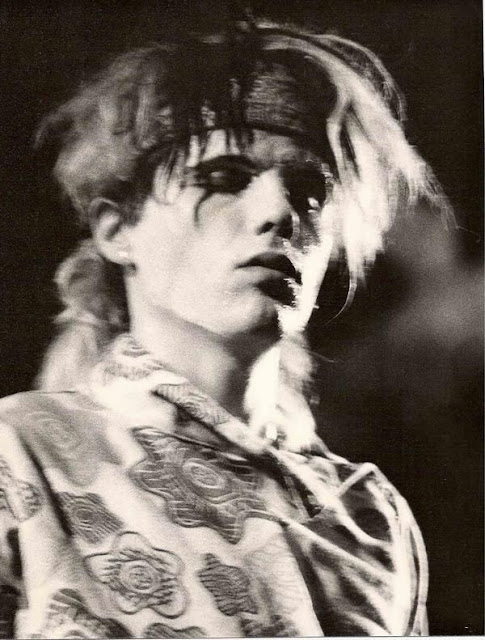 Very interesting audience recording. Thanks to Stacheleber or sharing it on Dime.

The MILAVALENTI collection consists mostly of 80's and some 90's and 2000's masters in generally great sound. Most of the concerts which will be uploaded from this collection are uncirculated. I met the taper who is an old friend of mine recently after more than 20 years.
He was happy to give me his very precious gems to be presented to a wider public. In the 80's I often went to concerts with him and sometimes both of us were recording.
So some of the recordings which will be uploaded have been uploaded by me before as of my masters collections and some of his recordings which had been uploaded by me already as first gen copies will now be re-uploaded as master transfers.
The musical style varies from "normal Rock acts" to Wave/Punk and Avantgarde. Also some German Post-Punk acts are included.

This recording seems to be very rare and at least was not on dime before. The sound is not perfect due to the distortions but still ok. The band as "Death" Cult existed only from April 1983 to January 1984 and this was one of their first gigs (the first one to be in Oslo, Norway on 25 July 1983).


Support the artists, go to their shows, buy their albums.
Do not convert to lossy files, unless for personal use. Don't ever sell!