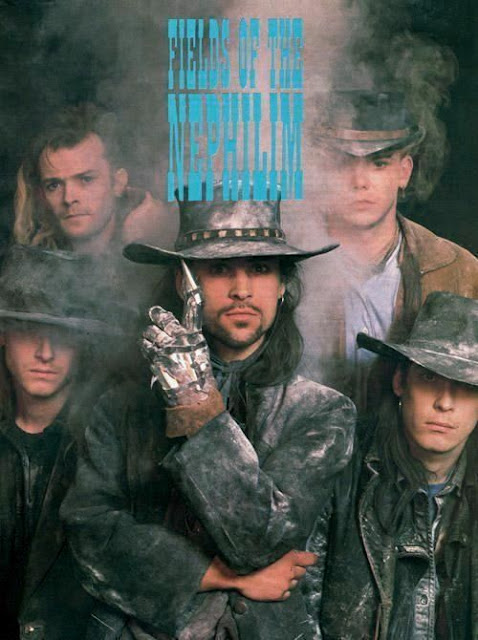 Extremely cool share by Egg_Crisis. 2 sources for the 1988 FOTN gig in Leeds.

With Dawn After Dark as support.

Tape flip during Volcane.  For some reason I lost track of time and turned the tape over after just 30 minutes even though I was using a 90, the rest of the main set ran for a further 25 minutes though so I had enough tape, and put a new tape in for the encores.

I've also included a partial 2nd source recorded by a friend, the vocals sound clearer in this version (apart from the first song which is muffled because she's moving through the crowd). The tape recorder also had a radio and the switch kept getting knocked onto the radio, just recording whitenoise for those parts.

In 1988 I made a tape that used the 2nd source (minus the first muffled track) + my tape for the rest of it.  I don't know if any of those tapes found their way onto the net, but if you have a version where the quality changes for those songs - that's why.

NephsinLeeds-2sources
Posted by circle at 14:50