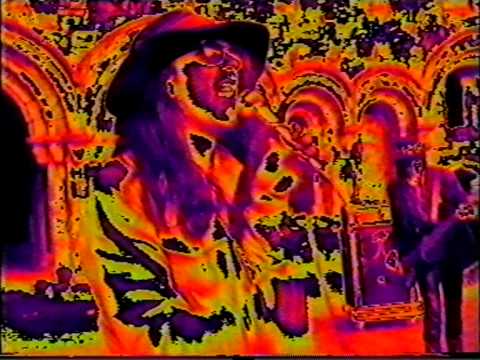 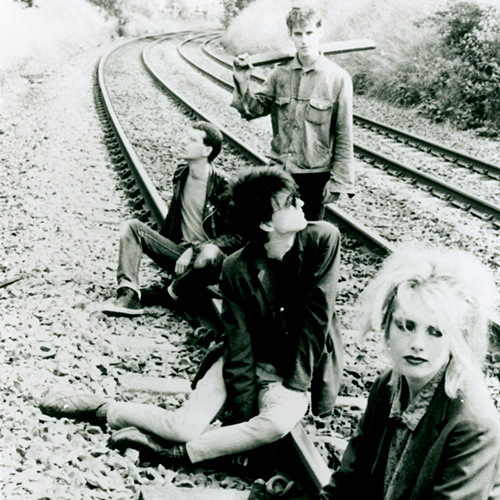 2nd on the bill, after Groovin' With Lucy and before Ghost Dance.

The vocals were VERY quiet for their whole performance, almost inaudible.  It's always assumed the sound man will adjust stuff like that during the first song, but not in this case. The band seem to go down badly but much of the blame goes to the sound man for not bringing the vocals up.  Normally I'll nip over to discogs and get some album tracklists to look at while I listen... and try and match any of the titles to what I'm hearing, but with this it's not possible so I can't even begin to have a guess at a setlist.

"The New York City noise-rock band DUSTdevils was led by British expatriate Michael Duane, who formed the group during the mid-1980s with Australian-born singer/bassist Jaqi Dulany. Originally based in Leeds, England, Dustdevils issued a handful of records on the Rouska label before hopping the Atlantic." -Discogs.


Although the singer introduces most of the songs I'm not always sure what he's saying, so one or two of the song titles may be wrong.  Corrections welcome!

Email ThisBlogThis!Share to TwitterShare to FacebookShare to Pinterest
Labels: Dustdevils, Groovin' With Lucy