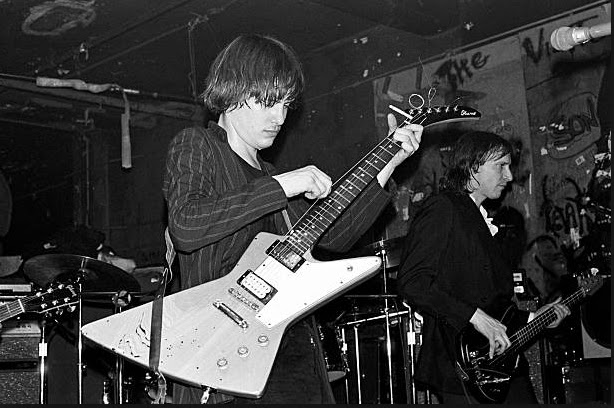 HUGE thanks to elegymart for sharing this recording on Dime! Good audience recording.

Here's the latest installment of the Gene Poole Collection, a random wellspring of recordings which have recently surfaced. To paraphrase Lou: This is gonna go on for a while, so we should get used to each other, settle back, pull up your cushions, whatever else you have with you that makes life bearable to kick off the new decade...

Some of Gene's handiwork has probably been heard by your very ears before, for the most part via the Stonecutter Archives, but this is the first major unearthing of tapes direct from the legend himself. As promising as that may seem, it's best to let the surprises hit as they are shared. The trade-off to the prolific taping on Gene's part is that the expectations for a perfect track record would be unrealistic and unfair. There will be instances of incomplete recordings, caused by late arrivals to gigs, recorder and mic malfunctions, and other assorted foibles as would befall any mortal taper. There will be times where a master from another source exists which could be superior. For the most part, Gene recorded with a variety and mics and recorders, and many shows suffered from wire dropouts, so that only one channel was extant in the capture. Due warning about the past imperfect given and out of the way, credit should be given where due as well -- for many shows thought lost forever, it's exciting to discover that many of these even in incomplete form have now cropped up.

This time we give you the two Richard Lloyd sets that bookended the Dumptruck set in the prior volume, so your near-complete experience of being at CBGB back on this date 34 years ago can be fulfilled. Since Richard didn't go on for his second set until 2:00AM, you could technically say that took place on Sunday, 9 March, but why complicate matters.

Richard had cleaned himself up by 1985 or so, and he and the band put in two strong sets here. Like the forward-thinking Dumptruck, the song selections are focused mainly on the second album; he gives his 1979 debut solo LP "Alchemy" no love despite repeated audience requests. His CBGB shows in April of the following year, released on "Real Time," saw him revisiting some cuts from "Alchemy" and playing more of a mix of the two albums. Here he covers Elvis, Dylan and the Thirteenth Floor Elevators (or Television if you must). "Highway Signs" is a new tune which Richard only popped out of the oven two days earlier, and it would eventually find its way on "Lodestones," a digital only release in 2010 (which was subsequently released on physical media on Record Store Day in 2018). Not really the shining moment of a great Richard Lloyd discography, it sounds so much like "Lowdown" it weighs down the flow of the night with its redundancy. For a rare track, "Tramp" is a much better selection. Thankfully the guitar work is alchemically stellar throughout as you'd expect. The classic tongue twister that Richard succeeds in reciting is impressive considering it was probably close to 3 in the morning when he decided to pull that stunt off.

A relatively decent capture from Gene, but he was having some issues with others at the show, possibly crowding and knocking into him. The record button slips a few times during the first set, in "The Only Feeling" and "Watch Yourself." "Lowdown" is slightly muffled as he momentarily loses his jacket during the song. A better recorder might have helped, but you're still getting served the two scoops nonetheless.

richardlloyd2sets86
Posted by circle at 14:38