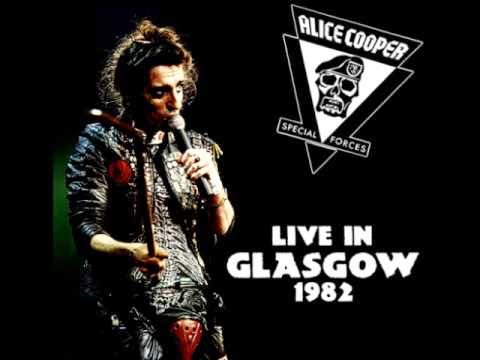 FM Broadcast. Thanks to taurus for sharing it first.

No lineage that would be particularily helpful. This comes from a cassette that I bought back in the mid-eighties.
So here's the best I can do:
FM>unknown cassette recorder>unknown generation normal bias cassette>transfer to hd with TEAC R-425 MKII and 16 bit recorder>edit SoundForge 4>flac encode level 7>you

My recording ran a bit slow so I adjusted the pitch about a half a semi-tone. I used the For Britian Only EP to measure correct pitch so it should be pretty accurate.
Not a bad recording, some hiss due to my original tape being on a normal bias tape.
Sorry I couldn't include WDYTWA, MC and UMW but rules are rules. I listed those tracks in case you have them already or ever track them down so you can put them in the right order.
This show was made available on 2 commercial boots as far as I know. One is a record called "No More Mr. Nice Guy" that had most of the show but excludes Model Citizen the other was a cd of the same name but it used only a portion of the show and a few songs were edited down as well. This cassette is from niether the record or cd.

I'm a fan of the Special Forces era and like this show quite a bit, even if Alice's voice isn't in top form. Would be nice if a pre-FM surfaces some day.