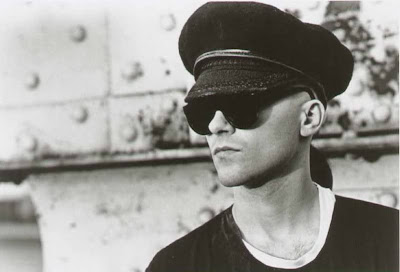 Thanks to cEnda for this concert. Actually this is the same recording as the one in the Live Twitch bootleg, but from a FM source, including the DJ announcements.

Source: FM Broadcast
Unknown lineage.  From analog cassette
This is a show from early in the 1986 tour for Twitch.  This was broadcast on CFNY sometime in 1992.  This version is post-broadcast, complete with radio announcer.  There is a version of this show pre-broadcast, however I have been unable to locate a non-mp3-sourced version.  There is also supposedly a 60-minute version of this show, however I have been unable to locate a copy at all.  If anyone out there has either of these (or any other show from the 86/87 tours), I'd love to hear from you, if only to update the show archives at www.prongs.org/ministry.