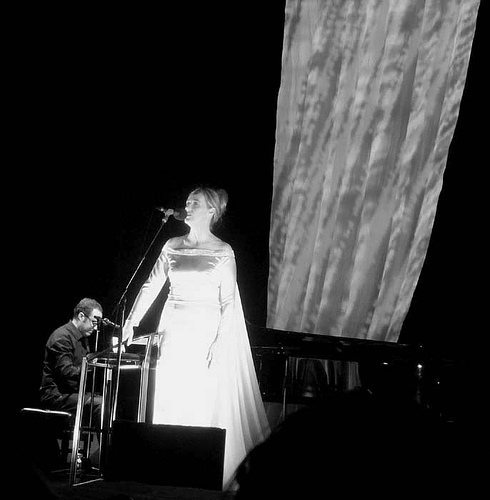 A curiosity related to the DCD. This band supported Dead Can Dance in the 1986 tour and Lisa sang in one of the songs, wich aparently was demo-ed. Thanks to whiskybob for sharing it first and to cEnda for the links.

Received in tape trade back in the 80's. Heavely Bodies played support to Dead Can Dance and featured Lisa Gerrard although I belive this was on an ad hoc basis rather than a permenant member.Track 2 could easily be a Dead Can Dance song.
Details surrounding their two sets of demos are scetchty at best and I'll be amazed if anyone comes up with the correct title track or details of studios involved & specific dates.