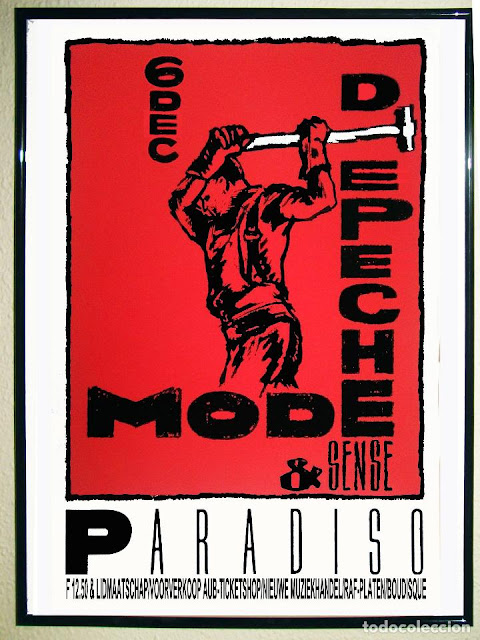 Beyond excellent FM broadcast of  DM at the Paradiso, probably not the complete set but the complete broadcast, assembled with two sources. Includes tracks from the first 3 albuns of DM, that  quickly disapeared from the setlist, still during the 80's. HUGE Thanks to the original uploader on TTD.

An excellent FM broadcast. I used the following sources to complete this recording:

Source 1: dimenew's stellar sounding master tape of the original broadcast (Sony CHF60 master cassette -> Yamaha KX-493 tape deck -> Creative SoundBlaster AWE32 -> Wavelab 4.0), originally seeded on DIME around 2008
- provided the core recording
Source 2: Dutch broadcast of 7 tracks on April 21, 2005 recorded by Jerommeke (FM -> Sony MD313 -> Creative SoundBlaster Live!), reseeded on DIME by me - provided "Now, This Is Fun" and about 12 seconds at the end of "Photographic" through the beginning of "Told You So" since there was a fade on source 1 between these with missing music

Many thanks to dimenew for sharing his excellent FM master tape source, _Riven_ for sending me links to the recording, Jerommeke for recording the more recent rebroadcast, and Vince for helping ensure quality.

Reworked and shared by ligushka on DIME December 6, 2013.

All songs written by Martin L. Gore, except for "Photographic", "New Life", and "Just Can't Get Enough" which were written by Vince Clarke.

Enjoy! Support the artist and buy the officially-released items (to the best of my knowledge & as of this writing)