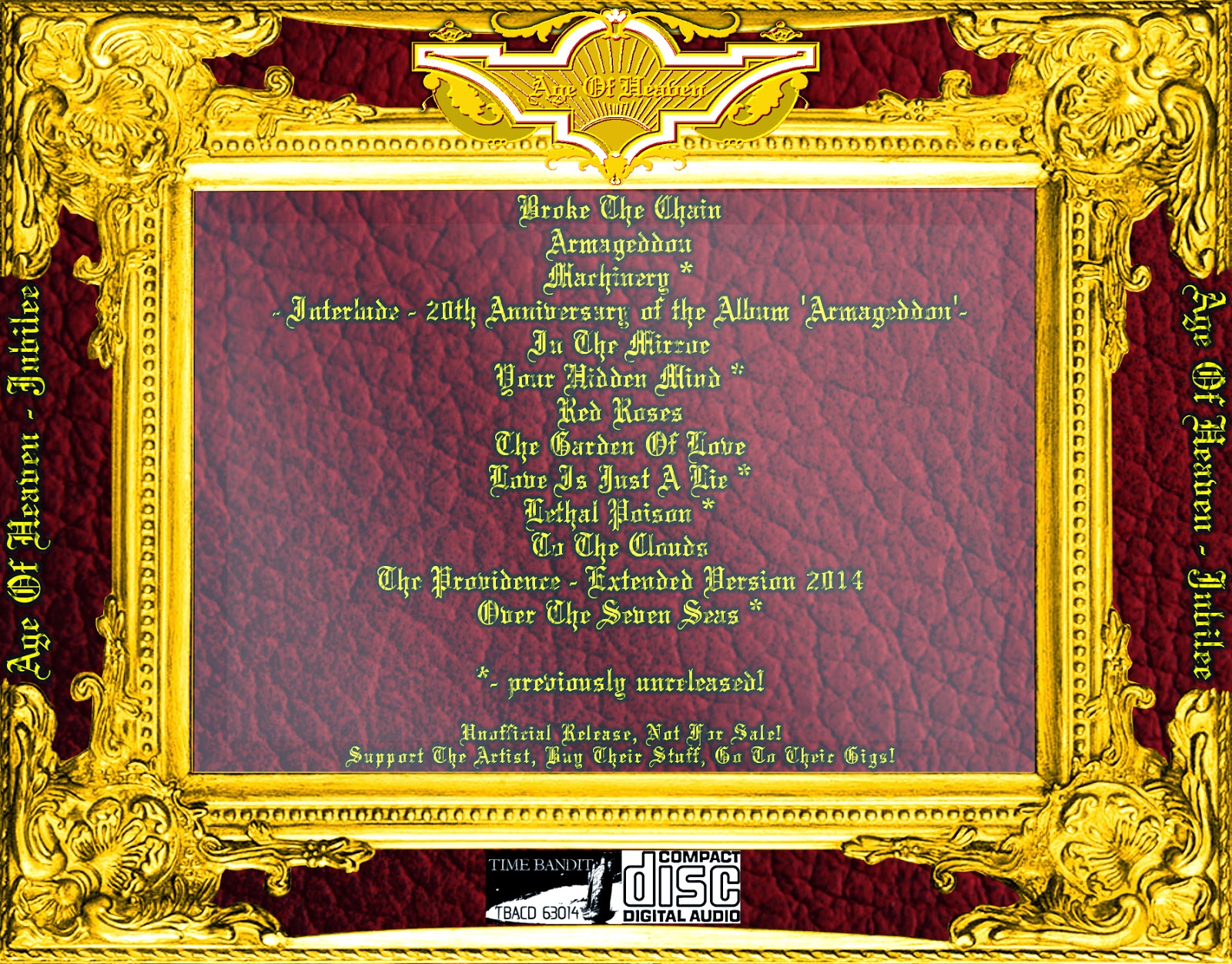 Thanks to NorthernNephilim for sharing his recordings here.

Spring 1991, Leipzig. Three friends come together with the idea of forming a band.
For the moment they just meet to make a lot of noise and call it rehearsal.
No beginning is an easy one. So it wasn't for them either. It was J.U., who had already written some lyrics by then, who started composing the first songs.
Although he worked on a synthesizer the sound of the band was guitar oriented from the beginning on.
The style was clear it should be Gothic Rock with its roots in the late 80's.

The Show on WGT 2014 was the celebration of 20 Years since the album "Armageddon" was released.
The set included "The Providence" as a new mix which is also part of the special "20 Years" edition re-release of "Armageddon" on CD Digipak and with "Love Is Just A Lie" another new unreleased song was played first time.
It was the first gig with Tommy Steuer on bass from the German/French Goth Rock Band "Arts Of Erebus".

Recording made by NorthernNephilim (DIME: TimeBandit )
Do not transcode to lossy formats or remaster!
Not for Sale !!! Sharing is Caring, do not trade the FLAC´s without info file, checksum
If you like the band, please visit their concerts and buy their records.

ageofheavenjubilee
Posted by circle at 13:40

Email ThisBlogThis!Share to TwitterShare to FacebookShare to Pinterest
Labels: Age Of Heaven