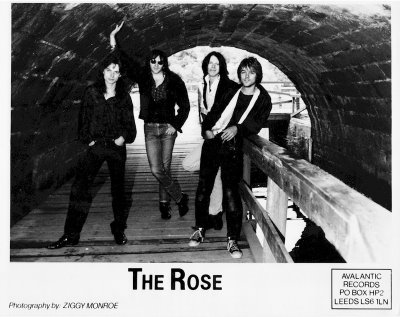 Another rare recording shared by Egg_Crisis, but it has really bad sound due to problems with the recording device. I would label it for completists only.

Poor quality due to either not enough power in the batteries or it was too loud / too near the speakers, possibly both but most likely the batteries.  In the absence of a better recording of this gig someone's bound to want it.  For completists only, don't say you weren't warned.

The first instrumental song is called "The Thrash".  This was either read off the setlist or someone asked a band member, again it's too long ago to remember which.  In setlists for this period Roseofavalanche.com has the song titled as "Darkorjan".  I remember when the "In Rock" album was released the band weren't too happy as the record company used a bunch of unfinished session tapes so I assume Darkorjan to be a working title, so I'm going with "The Thrash" as being the correct title.  (Oh and I just saw on ROA.com that that winter tour was called "Winter Thrash Tour", so that makes sense.)

There's a cut 0:46 into Always There caused by someone moshing into the tape recorder.
Tape flip between King Of Fools & Too Many Castles.

Uploaded by Egg_Crisis for Dark Circle Room
Convert to mp3 for personal use only. Do not circulate in FLAC orWAV without the Info File.