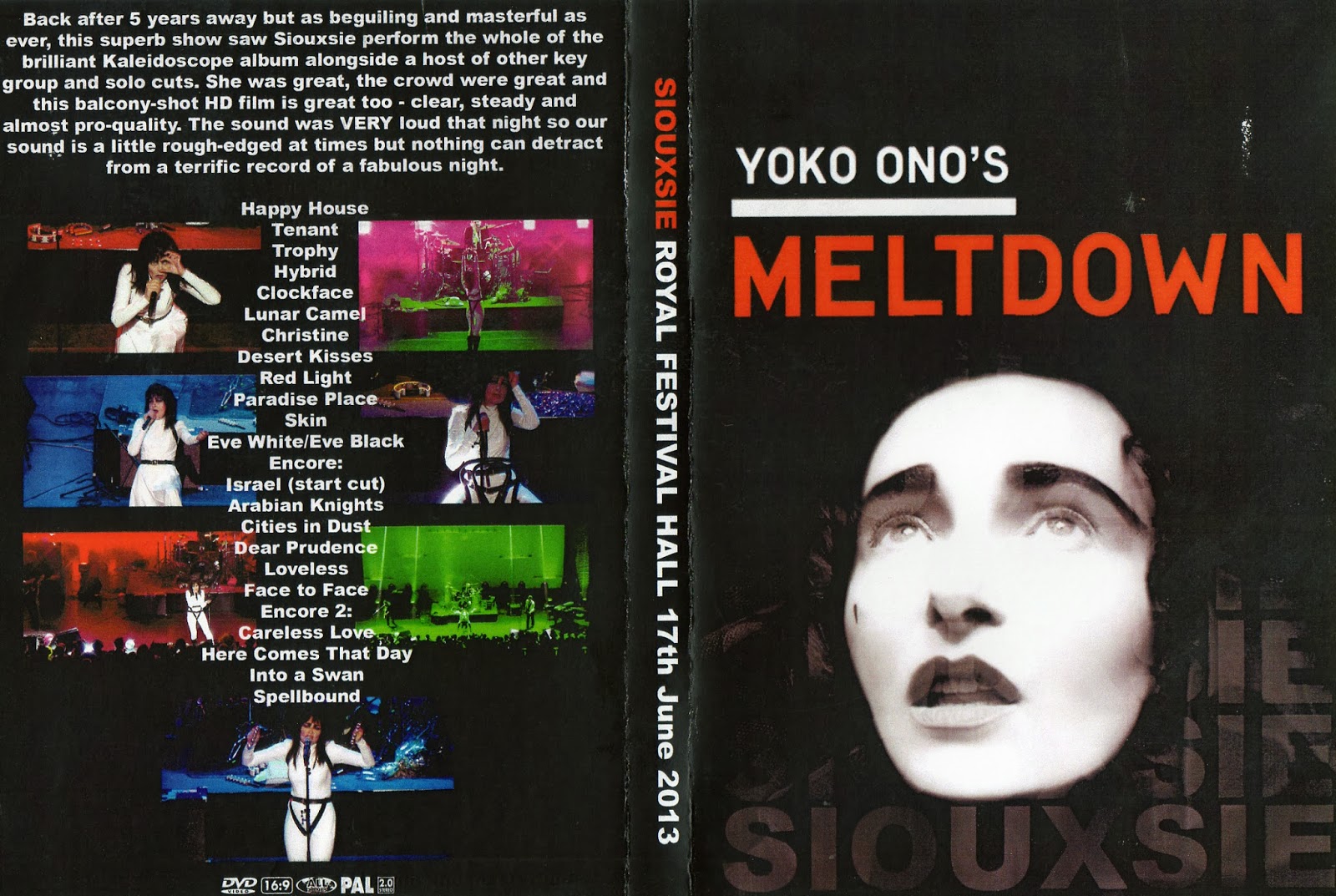 Thanks to the original uploader

Here's the two demos from this excellent obscure french dark ambient band, from 1994 and 1996. for the fans of Cold Meat Industry bands.  Huge Thanks to ronan for sending them to be shared here. 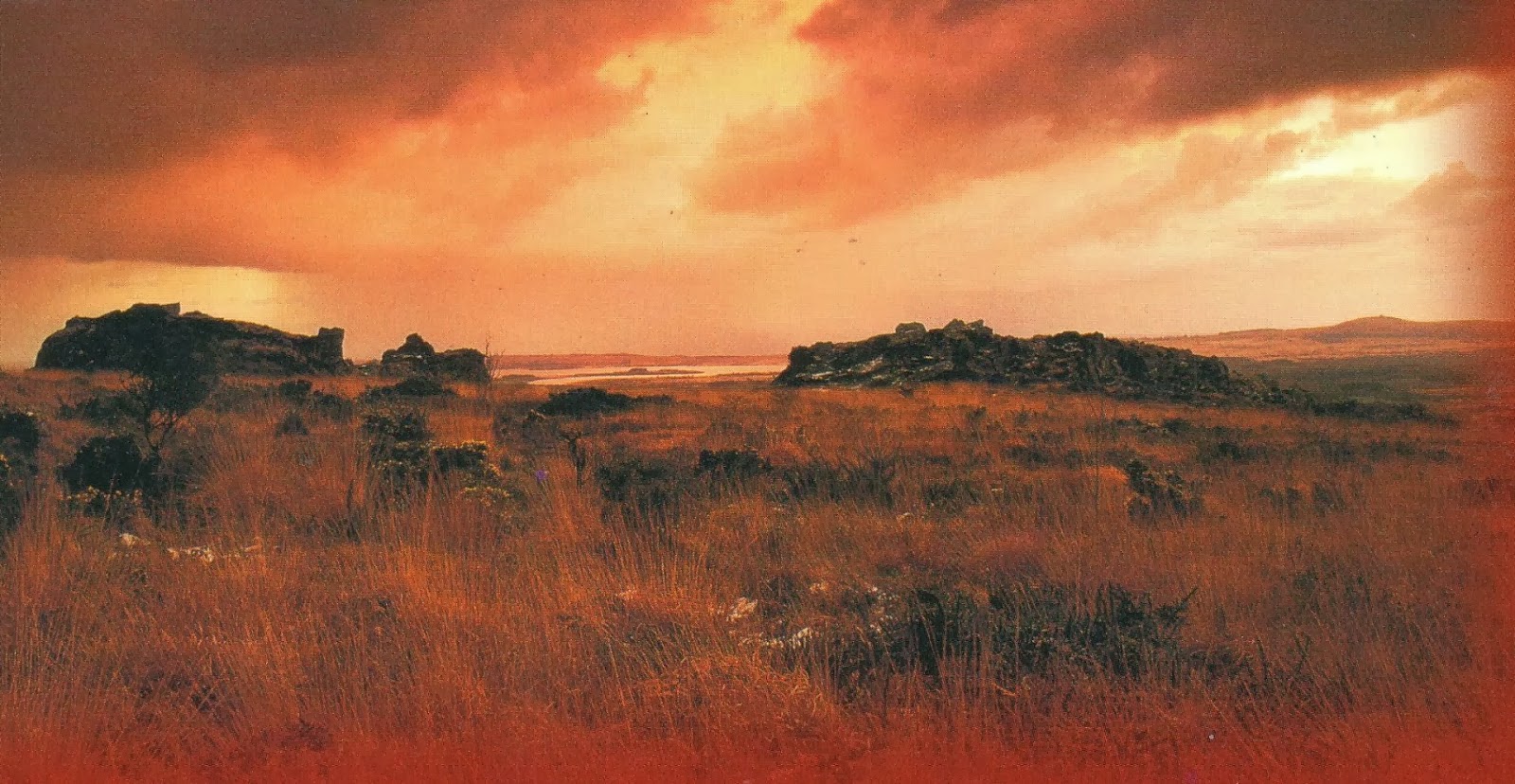 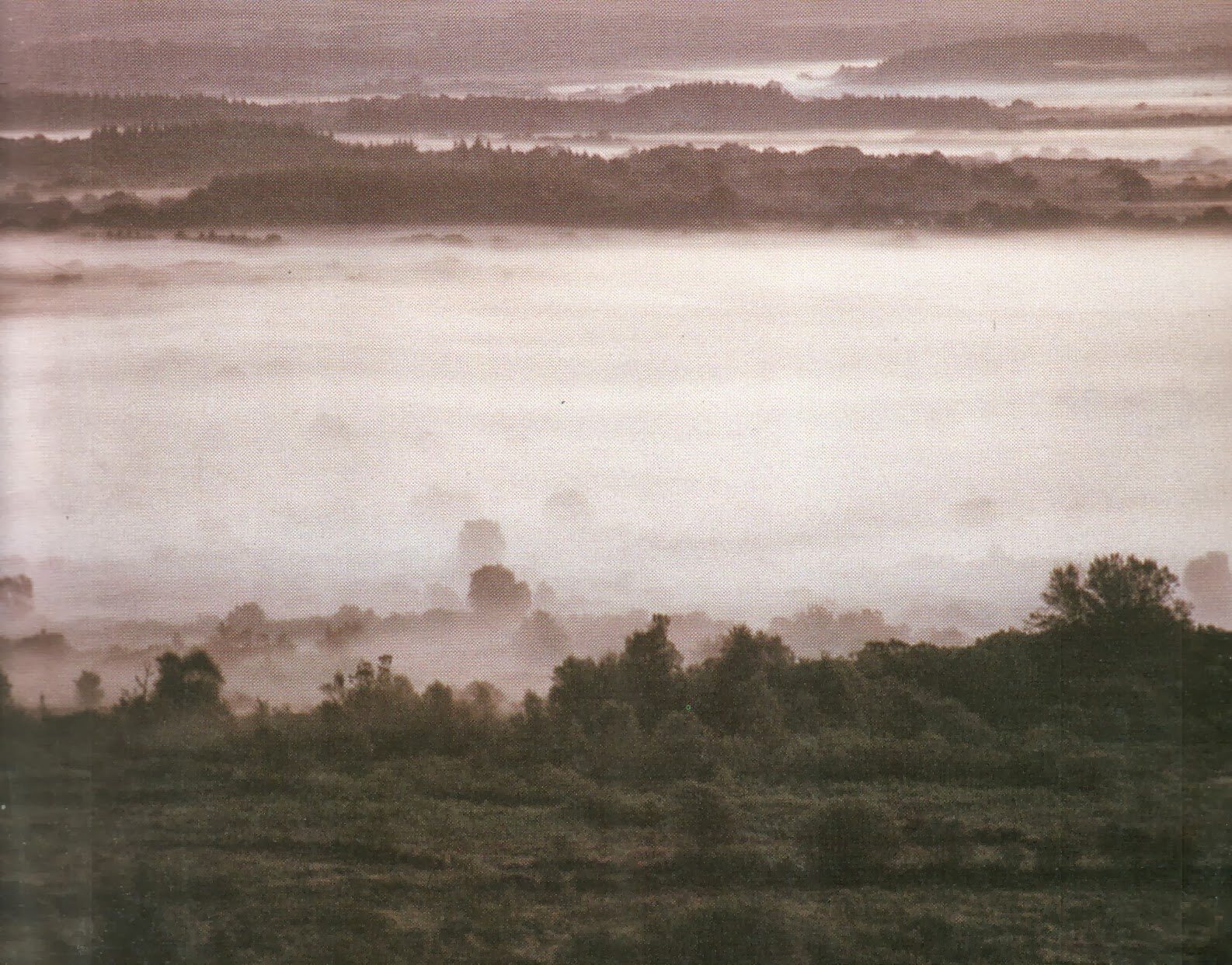 Email ThisBlogThis!Share to TwitterShare to FacebookShare to Pinterest
Labels: Emglev 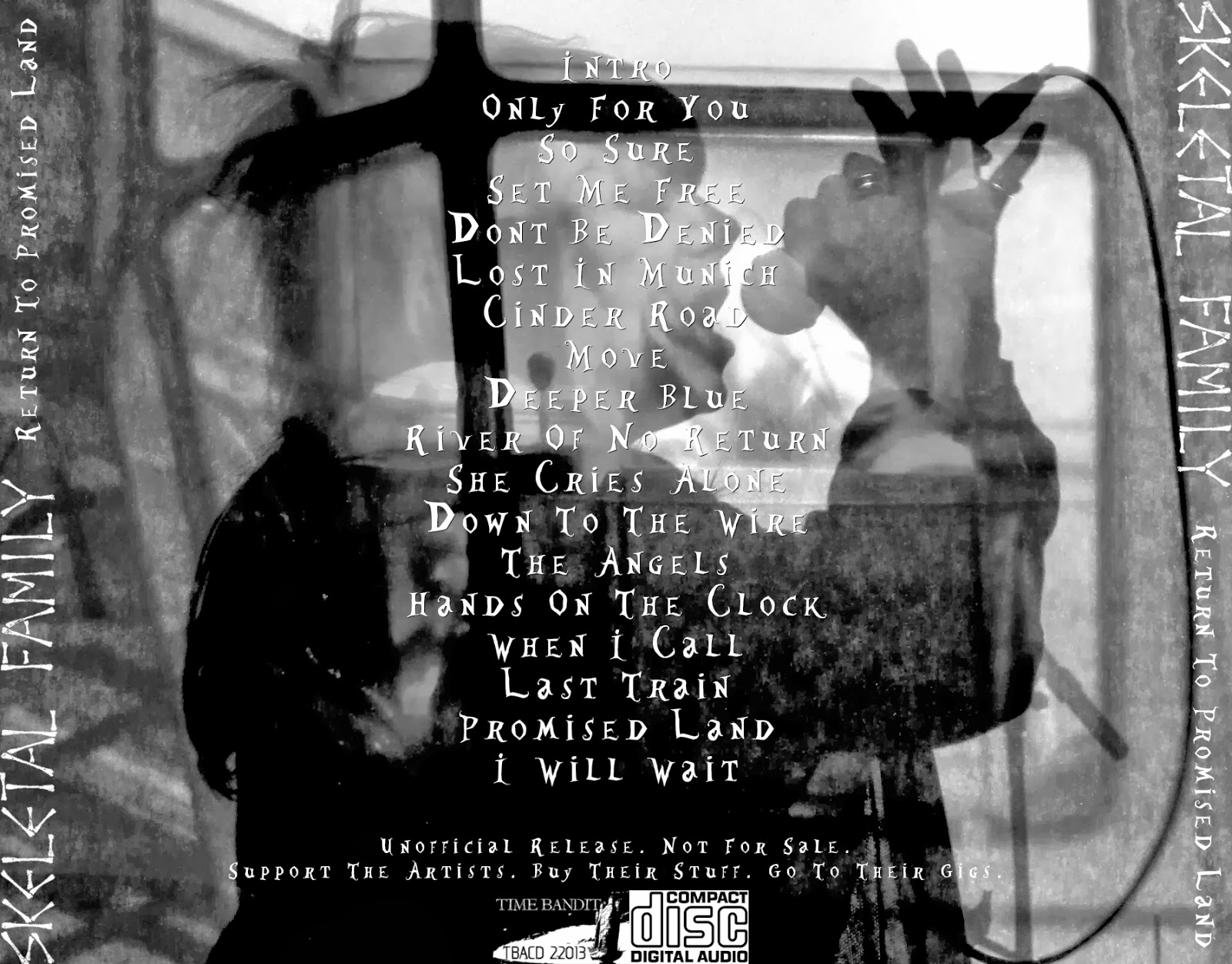 Thanks to Time Bandit for sharing his recordings here!

Skeletal Family is a gothic rock band which formed in Keighley, West Yorkshire, England in December, 1982. The band formed from the remaining membership of an earlier group, called The Elements, and took their name from the title of the song "Chant of the Ever Circling Skeletal Family" from the 1974 David Bowie album, Diamond Dogs.
Skeletal Family is the only group that sprang up from Keighley, West Yorkshire in the early 1980s. The original lineup was Anne-Marie Hurst (vocals), Stan Greenwood (guitar), Roger 'Trotwood' Nowell (bass), Ian "Karl Heinz" Taylor (keyboard/sax), and Steve Crane (drums). In 1984, the band signed on to indie label Red Rhino and recorded their first single for Red Rhino, "The Night," just after losing their original drummer Steve Crane. Crane was replaced by Howard Daniels. Daniels was soon replaced by Martin Henderson (formerly of The Last Laugh). Skeletal Family's first album "Burning Oil" was released by Red Rhino in the autumn of 1984. The band began touring with the likes of The Sisters of Mercy during the Sisters' First and Last and Always tour. The group released "Futile Combat" in 1985 along with the "Promised Land" single. The group then signed with Chrysalis Records.

After playing what was to unknowingly be her last major public performance with Ghost Dance in Amsterdam, Monday December 4th 1989, and a hiatus from performing of almost 20 yeas. Lead vocalist Anne-Marie Hurst is back!!! Her first show in 20 years has just being announced on Saturday 31 October 2009 at Gasworks Bar, Great Horton Road, Bradford

Following a chance meeting last year with Stan Greenwood (Guitarist with Skeletal Family, Anne-Marie’s band prior to Ghost Dance) led to discussions regarding the possibility of the pair working together again. The idea being, to simply write and play new material, in an atmospheric, acoustic setting.

Early 2009 saw the pair participating in numerous rehearsals / song writing sessions, leading to a collection of songs the duo were eager to perform.

Fast forward to April 2009……. At a front room party session, before a hand full of old friends, the new acoustic material was premiered to surprising outstanding applause.

The problem then lay, what to play next? Despite an initial unwritten agreement between the pair that no Skeletal Family / Ghost Dance material was to be involved, suggestions lead to attempt a few of the old numbers. Despite not playing them together for 25 years, the reaction from both audience and performers alike to the ramshackle renditions was amazing.

Inspired, and cajoled by the favourable response, a rehearsal was set up with drum machine and bass sequencer. Due to a combined bout of technophobia and impatience this was quickly jettisoned in favour of human musicians.

For the Bradford Gasworks gig, founder Skeletal Family bassist Trotwood (currently on a break from working with Paul Weller) has just been drafted into intense rehearsals, which along with local guitarist Ed Kellet & drummer Rob Caswell, resulting in a five piece guitar band, playing songs from both Ghost Dance & Skeletal Family, that have not been aired for two decades, plus new original material.

With a back catalogue of three studio albums, numerous compilation cd’s and a plethora of top independent charting singles, including “Promised Land”, “The Grip Of Love” and “River Of No Return” an influential queen from the vanguard of “Old Skool” Goth Rock returns.


2013 - Reunion Show on Wave Gotik Treffen: which turned out to be an interesting trip. Apart from the plane,s trains and automobiles, to get to the gig. It was probably one of the best in the bands history. 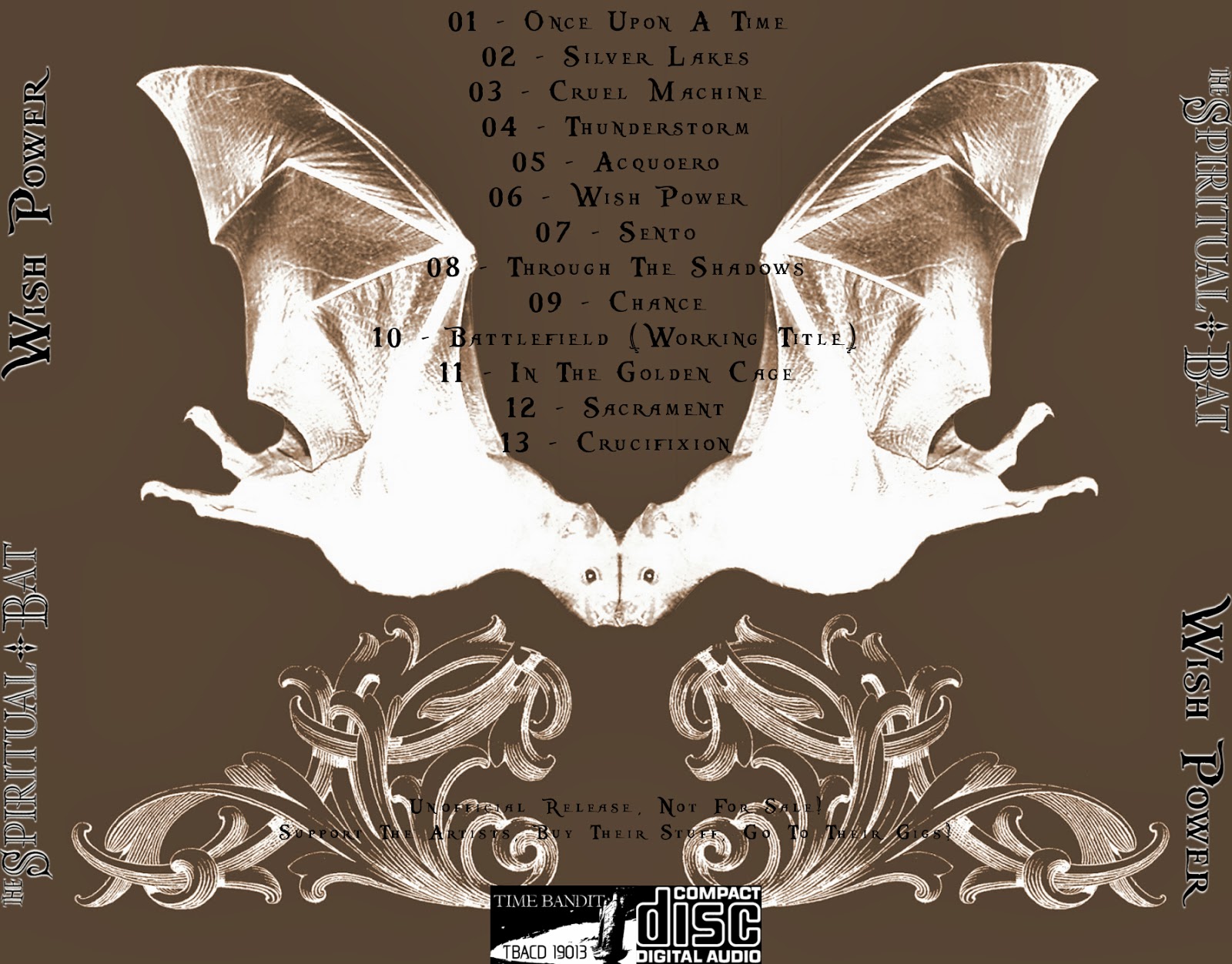 Thanks to Time Bandit for sharing his recordings here.

“…the Spiritual Bat’s journey through the undistinguished shapes of nightmare, surviving the adrenaline rush of sacrifice… having broken its wings off to hopelessly jump blindfolded into the vortex of wordless soundscapes, a paradoxical act.

Finally, the Italian chiroptera enthusiasts, The Spiritual Bat, took the stage. Front-woman Rosetta Garri appeared on stage wearing beautiful and traditional Goth garments with a white shroud. She looked like something out of a fairytale. Her co-conspirator and creator of The Spiritual Bat, Dario Passamonti, waited to engage his guitar during a spooky intro the opening track “Once Upon a Time.” Passamonti’s guitar work is matched only by his mysticism. That guy is intense.

In May 2013 The Spiritual Bat appeared live in the 22nd edition of Wave Gotik Treffen, international festival held annually in Leipzig, Germany, performing on the prestigious stage of the Werk II. Including one new song Battlefield which is still under construction.

Email ThisBlogThis!Share to TwitterShare to FacebookShare to Pinterest
Labels: The Spiritual Bat 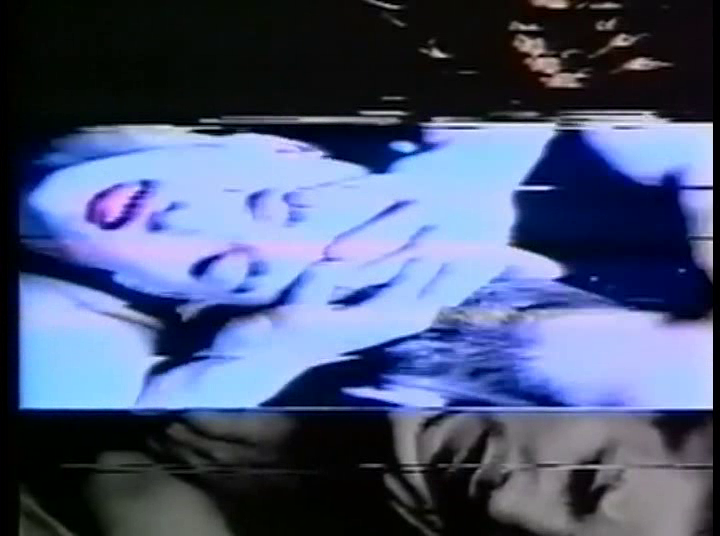 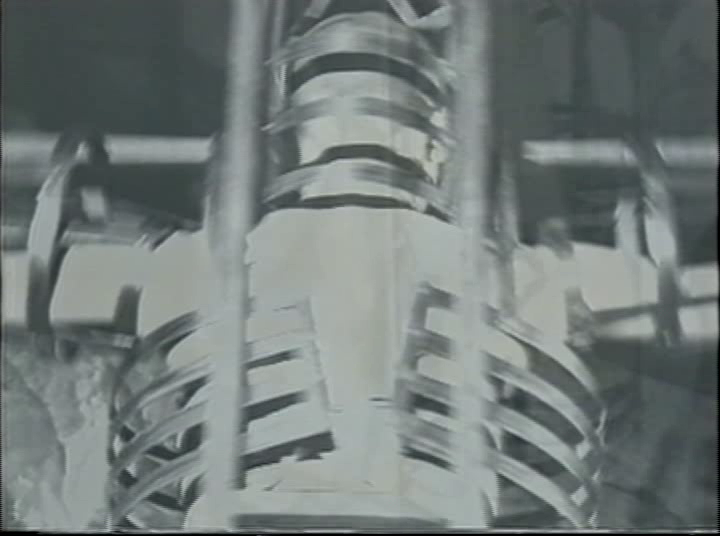 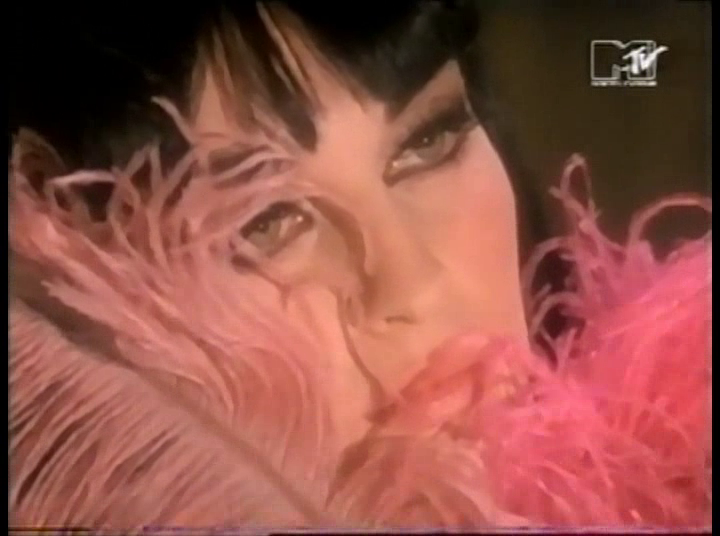 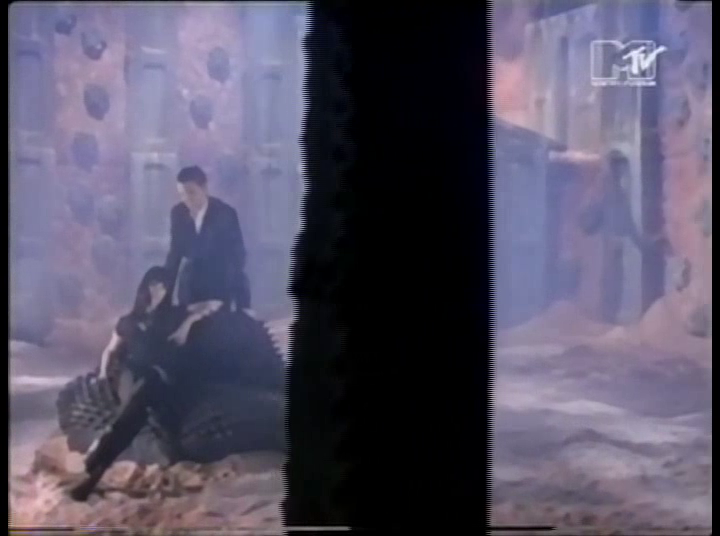 Thanks to S+©kmªÑ for another DVD. 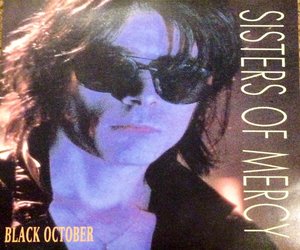 Thanks to the original uploader. Excellent soundboard recording.

One of the best black october bootlegs around!!

Please no mp3 or just for personal use!!

Email ThisBlogThis!Share to TwitterShare to FacebookShare to Pinterest
Labels: The Sisters of Mercy 1984 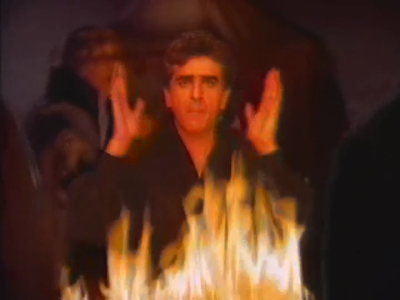 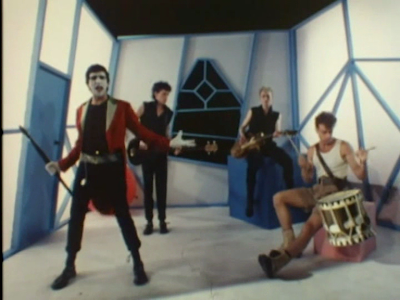 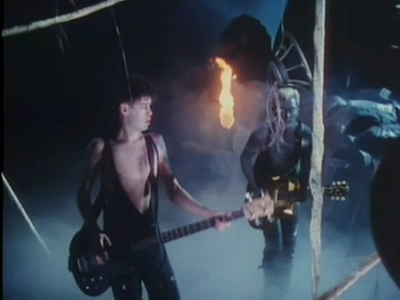 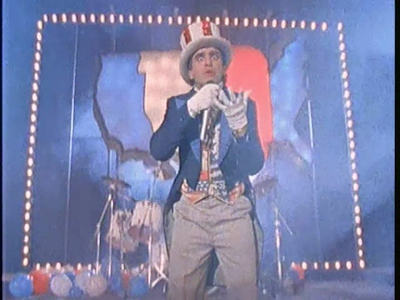 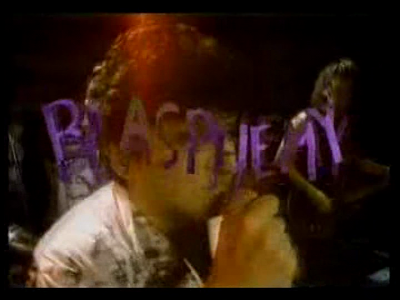 An excellent work from S+©kmªÑ, who authored a DVD with the videos that were shared previously here.


Huge thanks to Florian, who relentlessly pursued these videos throught the web, managing to find HQ version of most of .them. A true work of passion that he decided to share here. The collection is completed with the contribution of Spirral, the Seeing Red Video. For some reason beyond understanding there's never been an official compilation of this videos made avaiable in DVD.

Note from DCR:
Huge thanks to Florian, who relentlessly pursued these videos throught
the web, managing to find HQ version of most of them.

Thanks to DCR for sharing 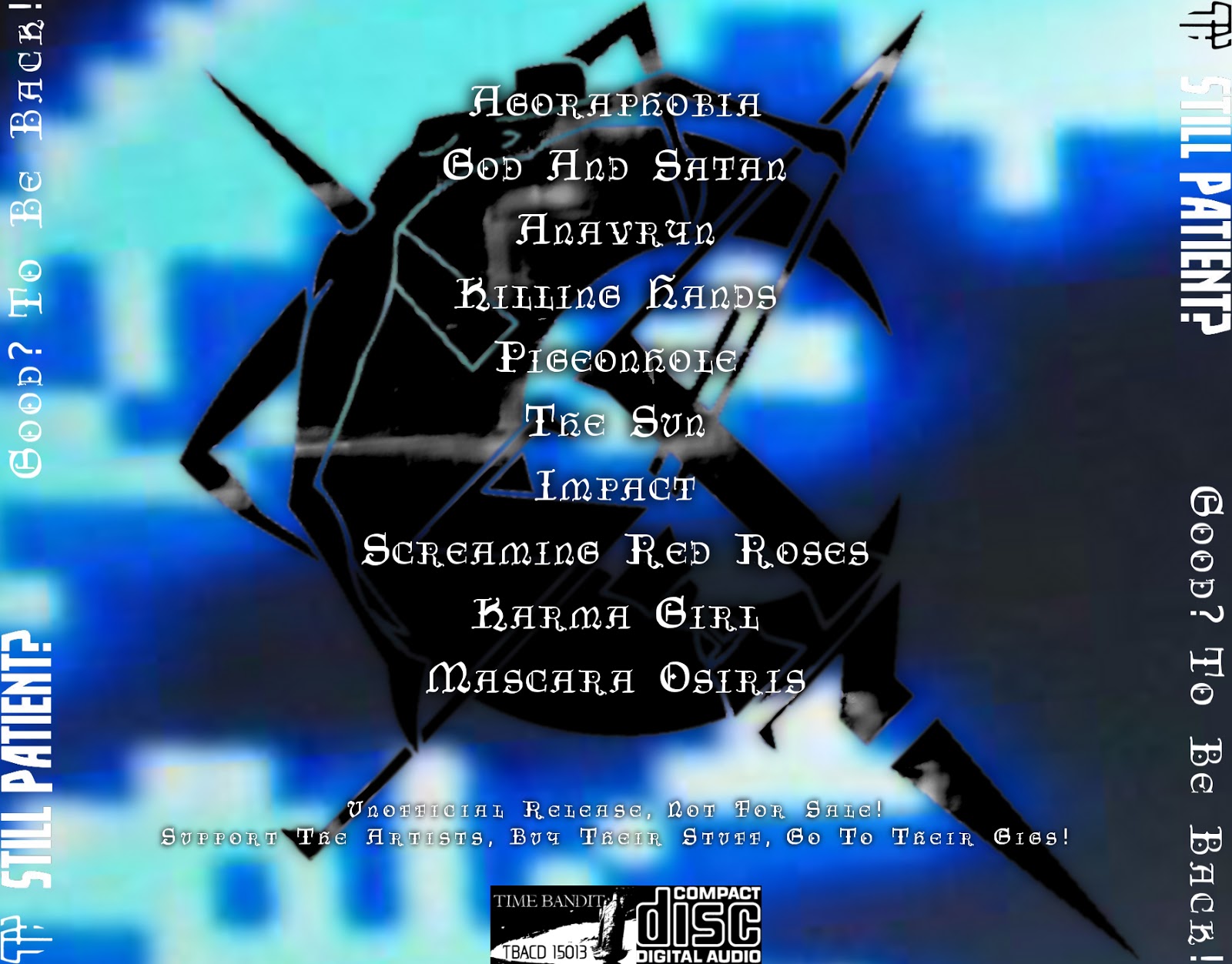 Huge Thanks to Tuime Bandit for sharing his recordings here.

Still Patient? was formed in the beginning of 1988 by lead singer Andy Koa and guitarist Th.Kraniny. Their joint love of gothic rock bands such as The Sisters of Mercy, Fields of the Nephilim and The Mission influenced their first steps in music. For a short time bassist Matthias Wolf was also part of the band. In 1990 guitarist Christian Ogrinz joined the band and some of the songs which appeared on their initial demo tape and later on their first album were written. From the beginning the band choose to use a drum machine rather than a live drummer.

Later that year Christian parted company with the band to concentrate on his own projects and M*Beck took over his guitar duties. Hedge Kaluza also joined the ranks on keyboards and Still Patient? played their first live shows (with Deine Lakaien and Das Ich). After a few more live dates were under their belts the band compiled their first demo tape.

In 1992 they signed to Hyperium and the first album “Salamand” was released. This was followed up in 1994 by the second album “Cataclysm” which was also on Hyperium. The band then decided that this was to be the final release for the label.

In 1996 Alice in… signed Still Patient? and published the limited Chameleon EP, however the proposed new studio album never got further than the demo tape stage. The recorded material did eventually see the light of day on the “Nightmare Arrival” album which mainly consisted of some home recordings and exclusive material. The album featured the track “Shadow of the Empire” which was used on the soundtrack of the computer game Battle Isle III - Shadow of the Emperor by Blue Byte. A specially produced video can also be found here.

In the following years Still Patient? appeared on numerous European festivals such as the Wave Gotik Treffen (1996 and 1999), the Sacrosanct Festival in London (1996 and 1997). They toured in Germany with Soul in Isolation and The Tors of Dartmoor and also played some festivals in Italy (Genoa and Rome).

In 1998 Still Patient? started work on their final studio album “Demondive”. At this point bassist AX of Minus Men joined the band.

“Demondive” was released in June 1999 by Schwarzrock. The band again played at the Wave Gotik Treffen in Leipzig before their last live performance at the end of 1999 on a festival lineup which included Crematory and Saxon among others.

Shortly after that Still Patient? disbanded due to the members different musical expectations. Andy Koa formed the bands Anodyne-29 and Burnsafe, Hedge Kaluza started the project Datasushi and M*Beck joined Boiling Blood. Hedge Kaluza and M*Beck were also guest musicians in the Surround Pop Movie Polyradah by the German electro-band No Comment. This was released on DVD and CD by Echozone/Sony BMG in 2008. They enriched the wavy Enyradah, Floor 122 and the club hit Silver Skulls with the atmosphere of the old Still Patient?

2012 M*Beck, Hedge Kaluza and Andy Koa decided to work on a reunion.

2013 Still Patient? starts with three new Members and rerecorded their Track MASCARA OSIRIS from 1992. A handful of new Songs are written and the Band prepares to be back on stage.
So with this recording you are listening to the first show after 14 years. Because of issues with the drummer he was replace by Dr. Avalance's German Cousin ;) 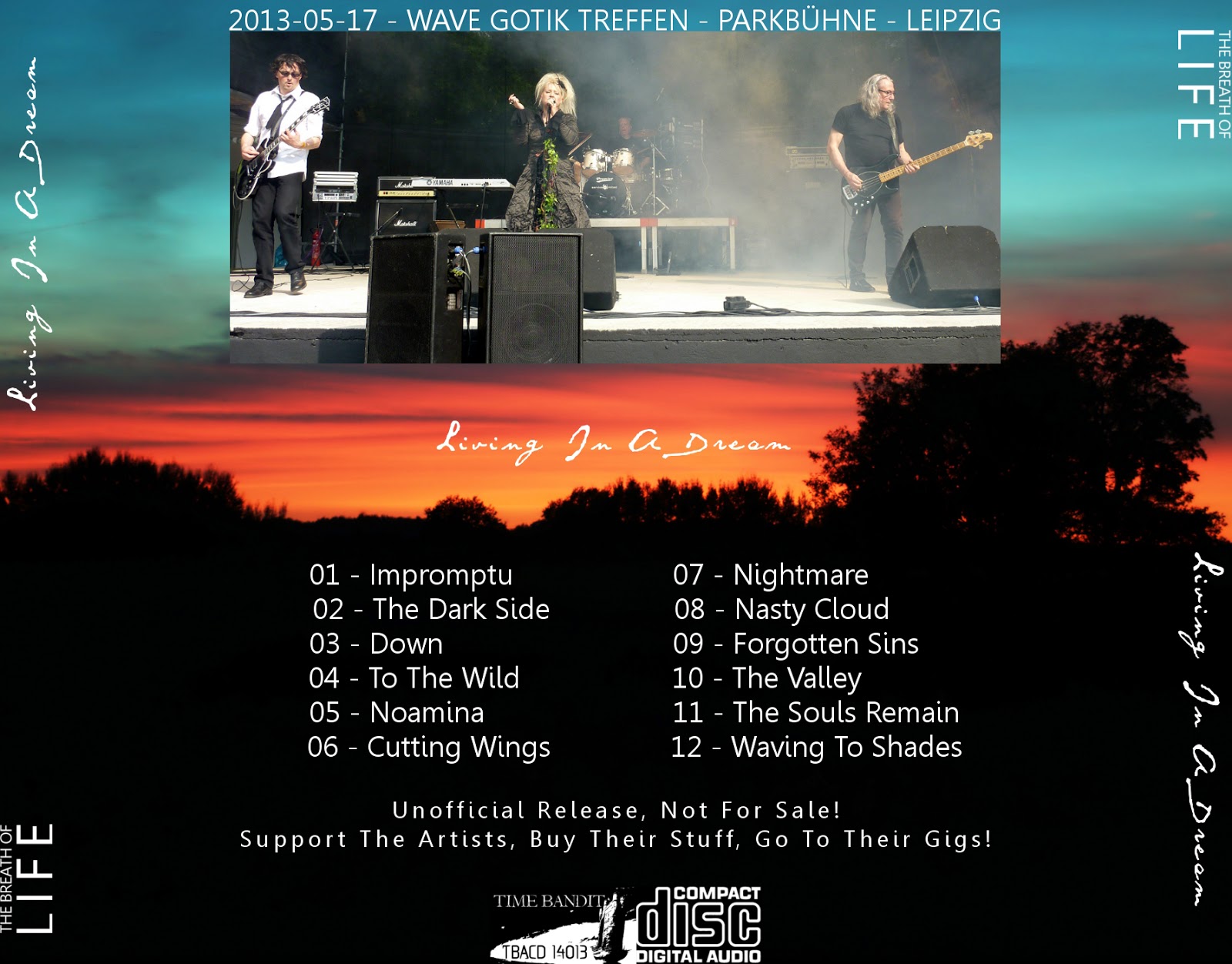 Huge Thanks to Time Bandit for sharing his rcordings here!

2013-05-17
THE BREATH OF LIFE
WAVE GOTIK TREFFEN - PARKBUEHNE
LEIPZIG, GERMANY
AKA "LIVING IN A DREAM"

The Breath Of Life is a Etheral Rock band from Belgium with history of 25 Years, they have just released its 7th studio album, "Whispering Fields". They describe themselves as "dark melodic alternative rock music with nice touches of violin and heavenly voices". When you like The Eden House, Collection d'Arnell-Andrea, Cranes, Faith And The Muse, Deine Lakaien or similar you should take a listen to them.

Email ThisBlogThis!Share to TwitterShare to FacebookShare to Pinterest
Labels: The Breath Of Life 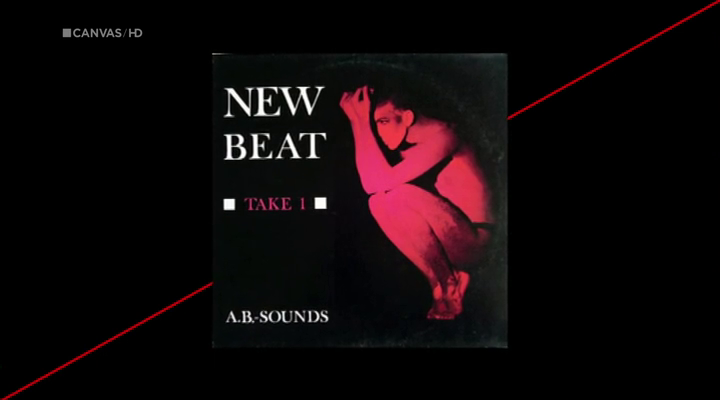 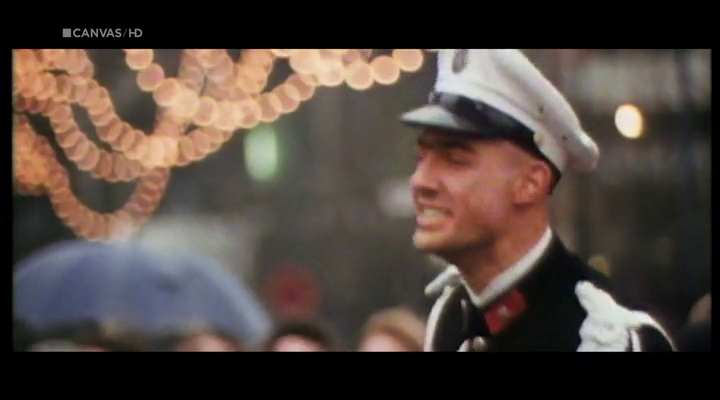 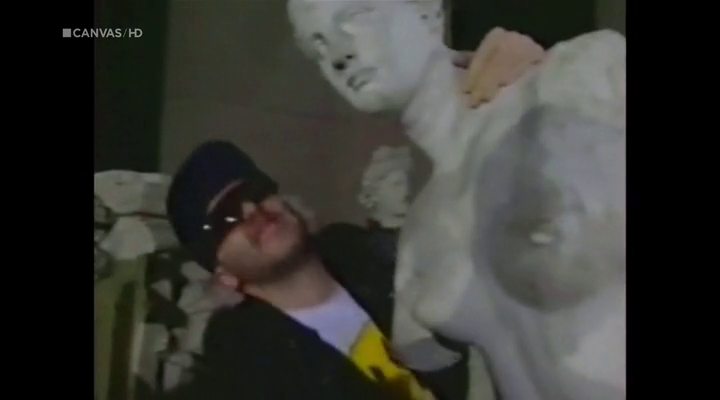 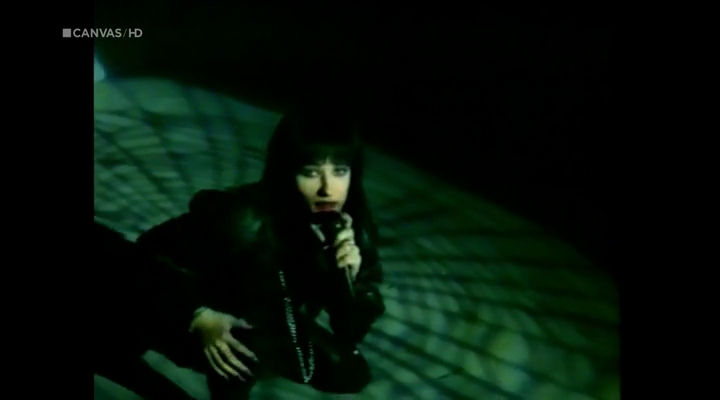 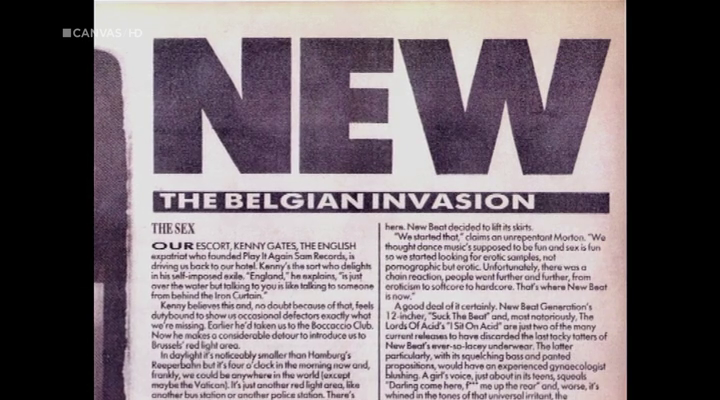 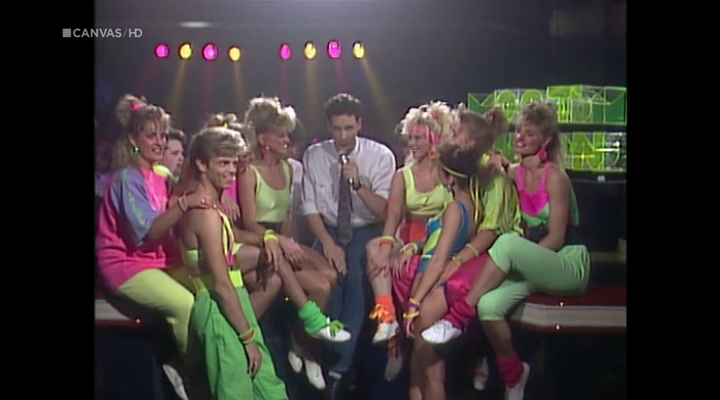 Documentary about New Beat Music, a belgium phenomenon that invaded the world in the 80's.It's spoken in Dutch and french.

Thanks to S+©kmªÑ for shering it.