An ultra special gift from dtsomm to the readers of the blog, his recording of the Paris concert from the 2009 Mechanized Europe Tour, in Flac. A huge Thank You to him.  The sound is absolutely marvelous! 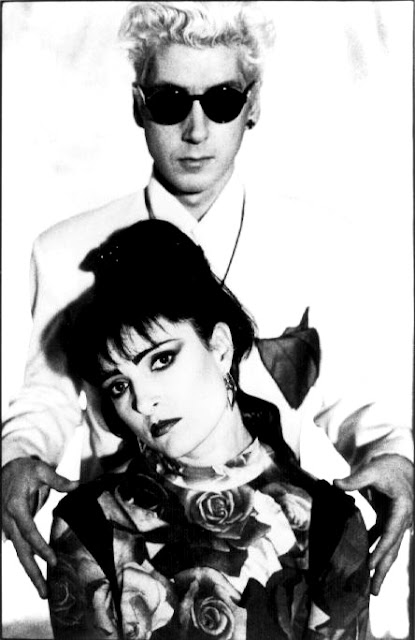 Great recording of the "Anima Animus"-Tour. It suffers a bit from the well-known "Italian Radio DJ-problem", but I've decided to leave the comments inside, as he doesn't talk over the songs themselves that much, mostly only at the very beginning/end of them, so I think it's bearable.

Enjoy!
Do not encode into MP3 or other lossy formats unless for personal use!
Trade freely and DO NOT SELL!

Email ThisBlogThis!Share to TwitterShare to FacebookShare to Pinterest
Labels: The Creatures

Not a long of info about this one, it's avaialable on their website in MP#, this is a lossless rip of the CD.Amazing sound. 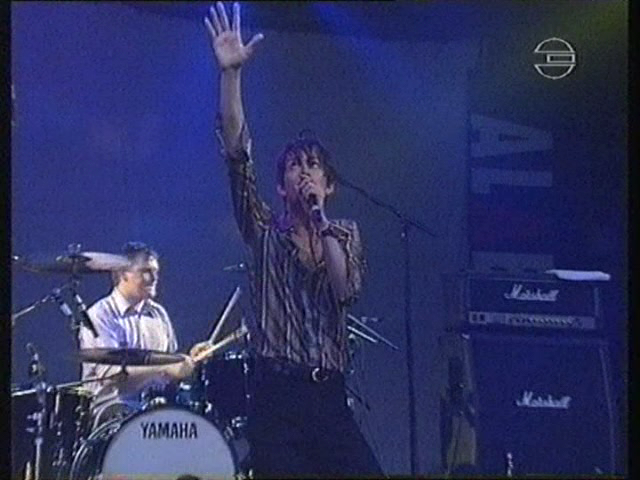 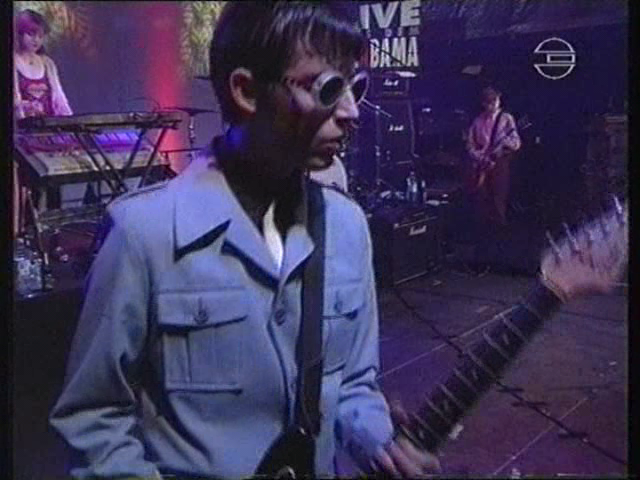 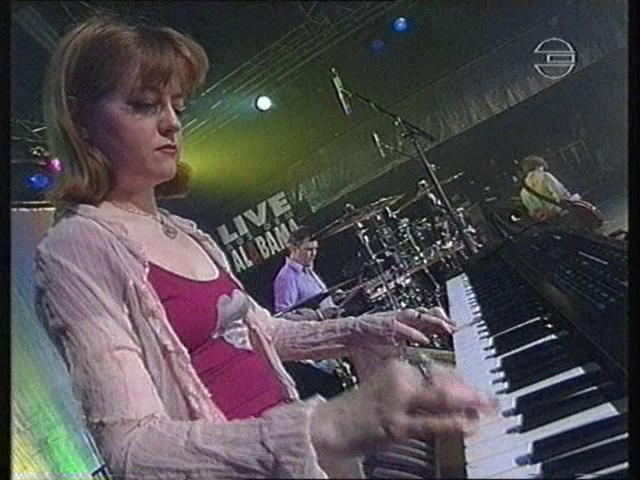 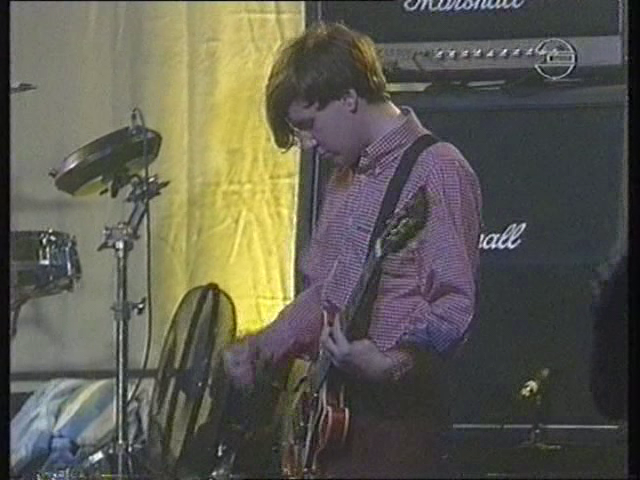 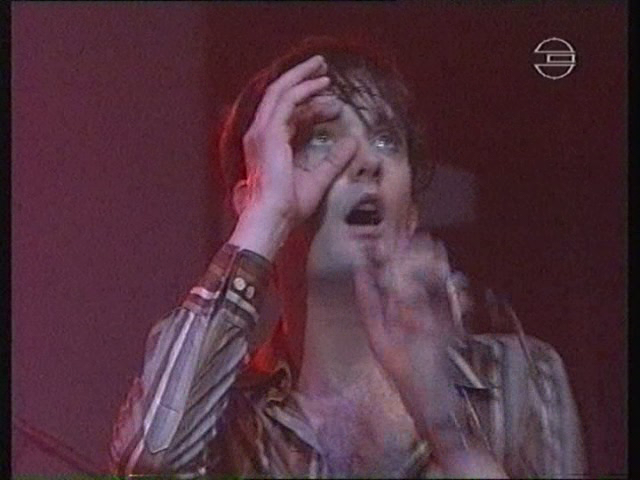 Thanks to the anonimous collaborator for sending me this video to share here. 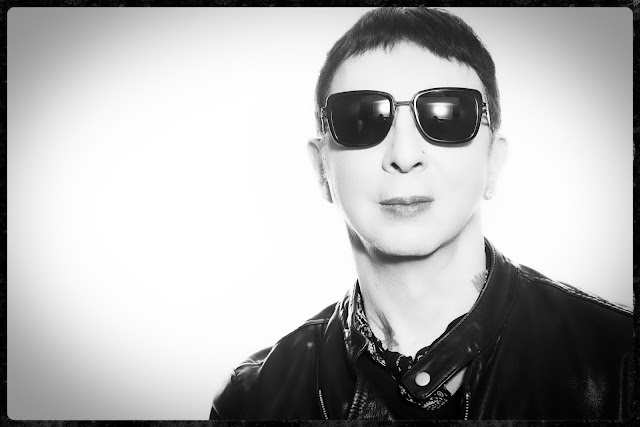 Very good sound. Thanks to the original uploader on Dime.

Chris is joined by Soft Cell's Marc Almond who plays classic tracks and a cover of T-Rex's 20th Century Boy live in the studio. 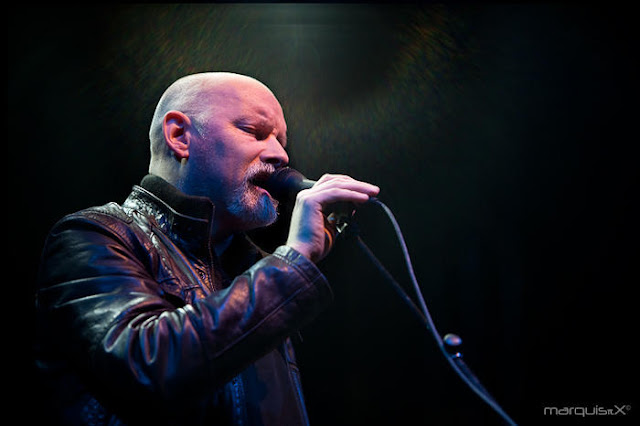 This recording was sourced directly from the soundboard and is being released with the full permission of the artist.

This was my seventh gig of Brendan's 'Ark' tour this year and the first to
take place in my home country! How nice to be only 45 km removed from the
venue for a change.

The family's summer holiday would have been longer by at least a week, had it
not been for this gig. My long-suffering missus agreed to yet another personal
sacrifice in order to allow me to attend this gig. It is truly appreciated, my
dear!

The weather couldn't have been better. Utrecht was basking in gorgeous
sunshine when my friend and I arrived. It was a perfect summer's day.

After a prearranged dinner with kindred spirits from Brendan's on-line forum,
we all headed over to the Domkerk to await the opening of the church doors.

The Domkerk is a truly beautiful building, still very much in active use as a
place of worship. Its atmopsheric interior formed the perfect setting for
Brendan's pensive music.

Tonight saw a different kind of flock gather in the pews, however. Brendan was
headlining the first day of the Summer Darkness festival, fulfilling a dream
of the organisers since the festival's inception.

With a capacity of 650 people, the venue was sold out. It was nice to see so
many people turn out to see Brendan, and a far cry from the 100 person gigs
earlier in the year.

The crowd were a veritable sea of black; hardly surprising, given the nature
of the festival. Some people must have spent the entire day in front of the
mirror, preparing to be seen at their best.

With the audience as resplendent as the church in which they had congregated,
the scene was set. There was a sense of great expectation in the air, the
atmosphere electric and charged with childlike excitement. This gathering of
souls was surely no less faithful than the flock who regularly assemble here
on a Sunday morning. We, too, were here to be edified and to give praise.

After a short introduction by the festival organiser, Brendan took to the
stage. The first detail of note was that Rachel Haden had been replaced on
bass by Rory O'Brien, whose name I may have misspelt.

The sound was crisp and clear throughout the frequency range, even from my
vantage point. The people still seated in the pews, however, were initially
shocked and awed by the high volume. As the drum intro to 'The Arcane' kicked
in, people could be seen clutching their ears. When this was observed by the
sound engineer, he mercifully adjusted the volume for them.

Since the last time I had seen Brendan, Tim Buckley's 'Song To The Siren' had
been added to the set. Gone were 'You Never Loved This City' and 'Voyage Of
Bran'.

'Song To The Siren' was a particularly mesmerising rendition and I could quite
happily have listened to it for another five minutes.

You could have heard a pin drop after the applause following each song had
died down. Every bleep from a mobile phone and every click of a camera's
shutter swelled to become an obtrusive distraction. The audience were
remarkably reverential and appreciative, united in their enjoyment of
Brendan's music.

As usual, it seemed to end as soon as it had begun, but an immense, palpable
sense of satisfaction now hung in the air. Brendan had quite literally
thrilled his audience.

This was, perhaps, the best of the seven gigs I've seen him play this year.
The combination of venue and audience anticipation was unparalleled, I think,
and the fact we were allowed to stand created a much greater sense of intimacy
than had been present at, for example, the Union Chapel, which is otherwise
also a very atmospheric venue.

My sincere thanks go to Brendan Perry for his generosity and permission to
release this soundboard recording.

My considerable thanks also go to Denes P. (inreason on DIME/lamb79 on Brendan
Perry's forum) for having the good common sense to ask Brendan for permission
to tap into the soundboard, whilst the rest of us, stuck in our ways as we
are, are doing everything we can to assure ourselves of a good audience
recording.

Denes's raw recording suffered quite badly from oscillating volume levels. He
had made a few adjustments during the gig in an attempt to prevent clipping,
but these had rendered the recording quite inconsistent.

I have judiciously applied amplification where it was most needed, in order to
compensate for sudden drops in volume in the middle of a song. If I've done my
work well, you'll hardly notice the seams.

Other parts of the recording have also been boosted to bring their volume into
proportion with the rest, taking care not to lose the dynamics of the quieter
songs, such as 'Song To The Siren'.

The gig is complete, shorter than my audience recording

due to the fact that the recorder was paused during the encore break.

You will notice that the snare drum dominates the recording. Someone with the
requisite skills may care to attempt to iron out this crease in an otherwise
truly outstanding record of the evening.

Another project for an ambitious soul is to create a matrix of my audience
recording and this soundboard recording, thereby blending the church's
acoustics with the clarity of the soundboard. I actually attempted this
myself, but, for reasons I still can't fathom, couldn't quite make the two
layers completely synchronous (in spite of considerable effort, I might add).

Denes has kindly provided artwork for those who wish to burn the recording to
CD, but those wishing to do so should be aware of the need to downsample the
recording to 44.1 kHz in the process. It currently has a sample rate of
48 kHz.