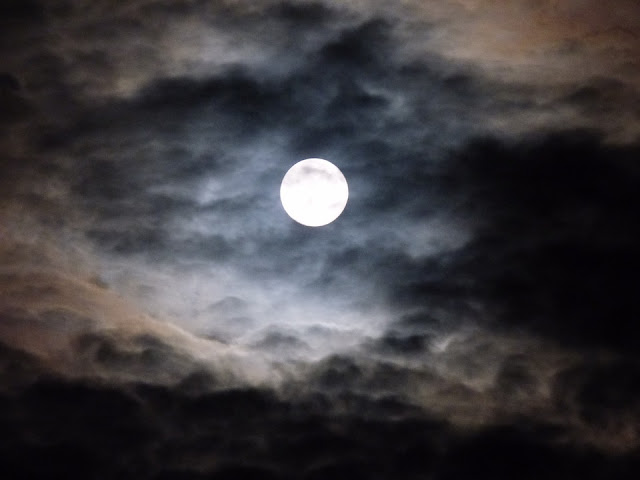 Posting will resume by mid August. Until then, Stay Safe.
Posted by circle at 07:20 1 comment: 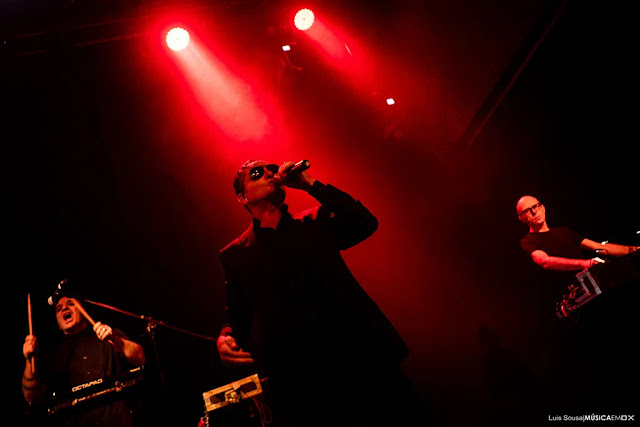 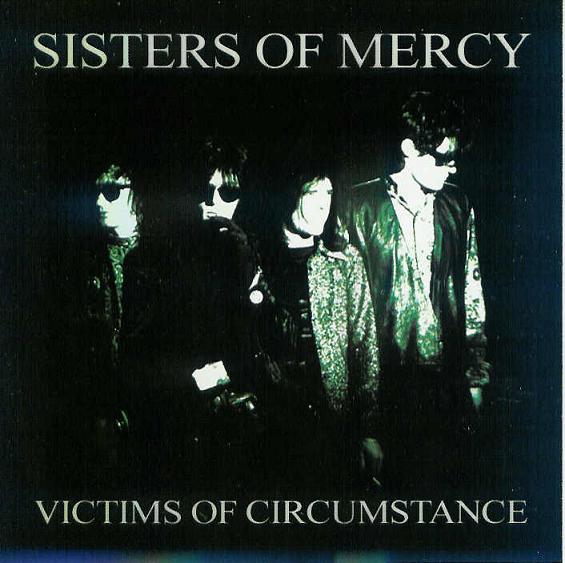 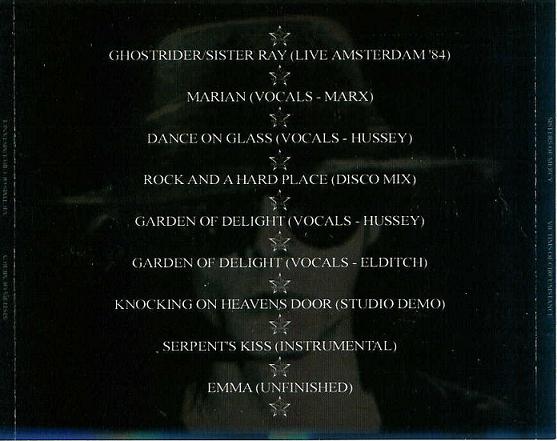 This is the recent australian CD bootleg,not the 7'' single or the tape that share the same name.

The sound it's probably the best you'll get for these demos and the version of "Knocking on Heaven's Door" is not faded like in the "Sins and Secrets" bootleg, don't know if that's because of the source or some audio editing by the bootleggers.

Thanks to sleepchamber for sharing this version here. 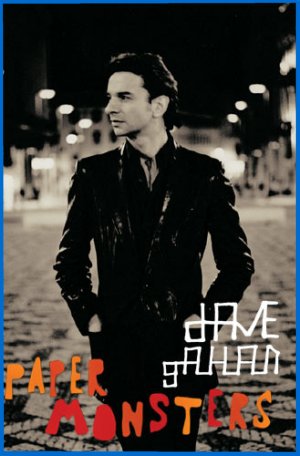 Thanks to the original uploader:

Hidden Houses
Hold On
Dirty Sticky Floors
A Question of Time
Bitter Apple
Black and Blue Again
Stay
A Little Piece
Walking in My Shoes
I Need You
Bottle Living
Personal Jesus
Goodbye
Encore:
I Feel You
Never Let Me Down Again
Encore 2:
Enjoy the Silence / Just Can't Get Enough 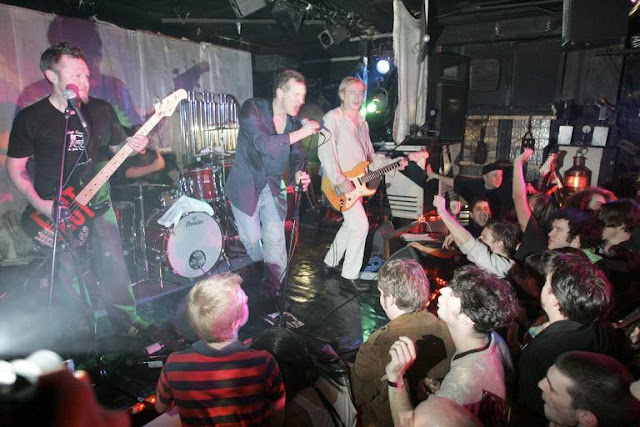 12 I Found That Essence Rare 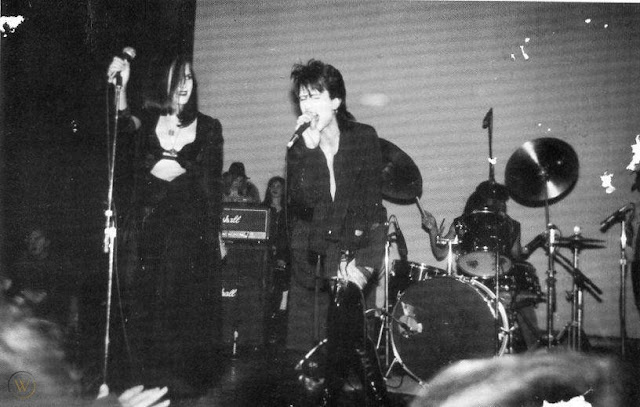 Thanks to the original uploader in Dime.

Please DO NOT SELL or redistribute in lossy formats. 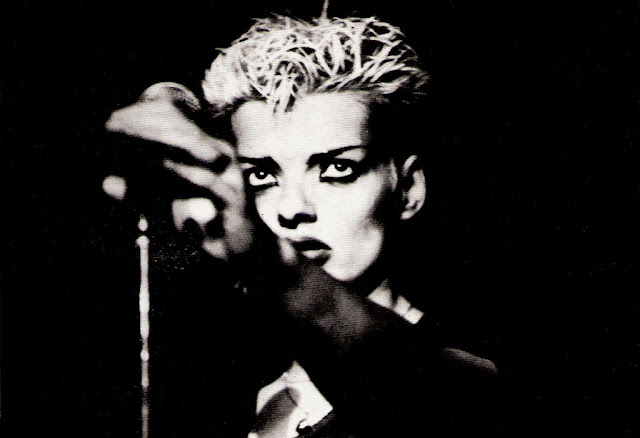 Tape flip at the start of African Reggae.
I don't know what track 11 is, I've never heard it before. (It's only a minute long.)

Setlist.fm lists a gig at The Venue on 11th April but not 10th.  See enclosed scan of gig advertisement for the 10th.  Either she played 2 nights or the setlist.fm listing is an error. 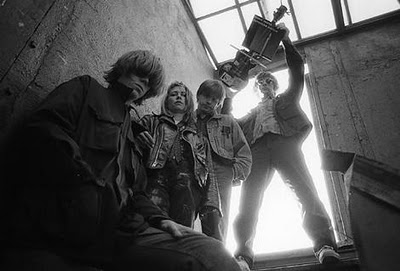 Someone asked the re-upload of this recording during the current SY flood on Dime. I only have this version in MP3, but here it is.

A rarity shared here by nashspacerocket.

In November 1985 sonic youth played a gig on brighton beach in England, it's known as "blood on  brighton beach' and one song from that show made it onto the 'walls have ears' bootleg. In May of 1986 they repeated this with That Petrol Emotion  as a support band, to promote the EVOL album. This gig is known as 'Son of blood on brighton beach'.

Lineage - my friend went down there to interview the band for a fanzine we were doing called Can't Be Beat. He took my Hitachi boombox and stood in the crowd and recorded the show on it. He then interviewed Steve Shelley, and Lee Renaldo later that evening, probably at the Zap Club but i can't be sure. I have left off the interview. This is a first generation copy i did back in 1986, cleaned up a little with Audacity. track one 'xpressway to yr skull' was a soundcheck, TPE played then SY came back on and played a short set. 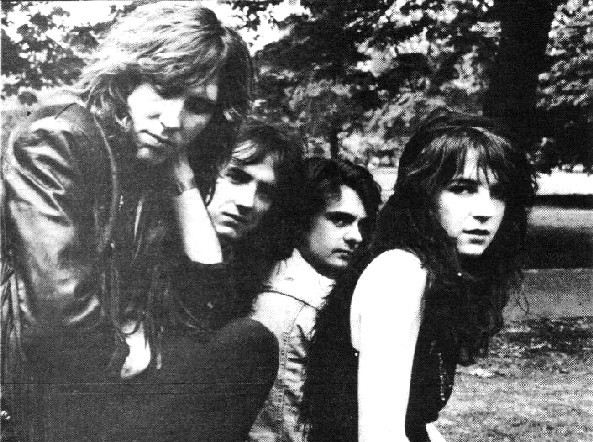 Sorry but I don't have any more info about these demos.

Please DO NOT SELL or redistribute in lossy formats. 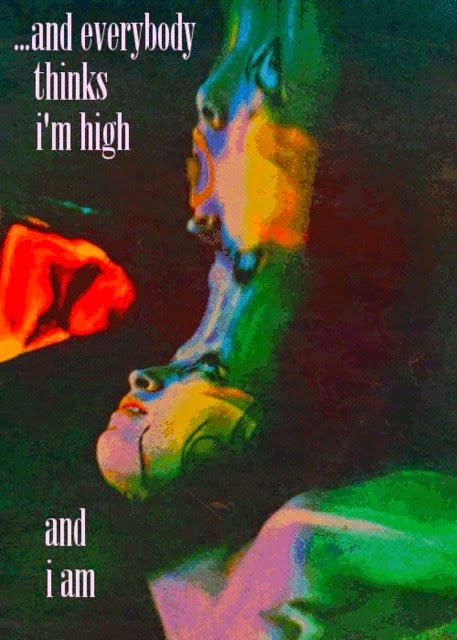 This compilation was available as a free download on the band's website 20 years ago. It's now unavailable in any format.

Email ThisBlogThis!Share to TwitterShare to FacebookShare to Pinterest
Labels: My Life With The Thrill Kill Kult 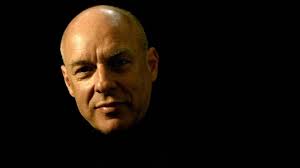 This is not the same  recording I had previously shared, I don't have any info on this and lost the previous version on the Hard Drive crash. This new version that was sent to me is 2x1 hour tracks, while the other version was just 1x1 hour track.


During the installation itself, the music played on 12 CD players on random shuffle and repeat modes.

More information about the installation, including a downloadable brochure, can be downloaded from here: http://www.jiriprihoda.cz/start.htm

RE-UPLOAD: The Sisters Of Mercy - Lipstick On My Cigarette (Flac) 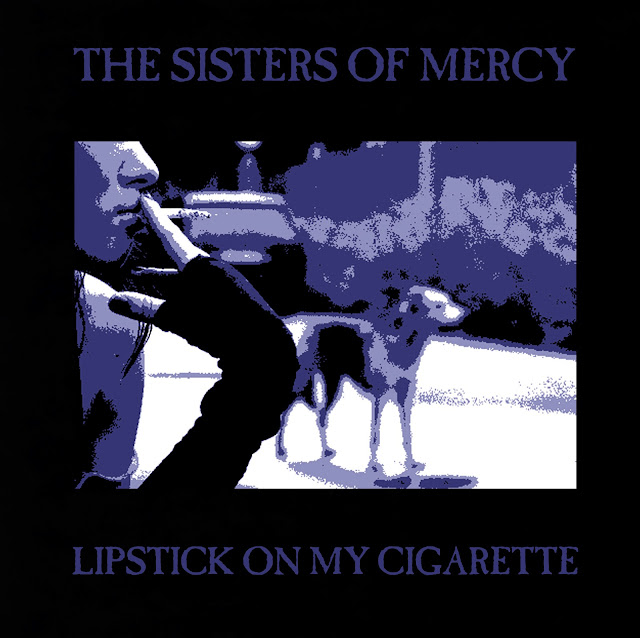 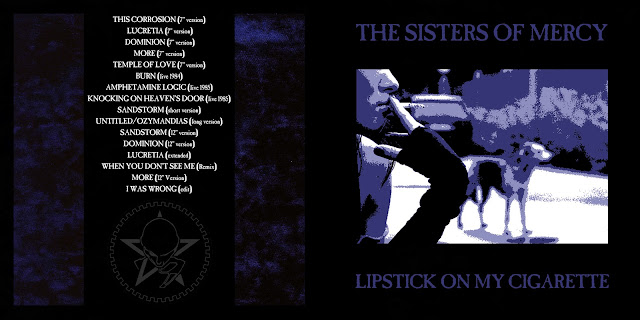 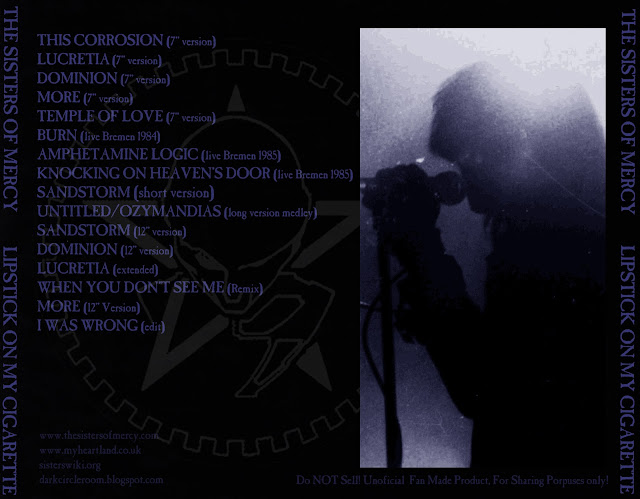 A collection of B-sides and mixes that escaped the bonus tracks of the 2006 re-issues and are usually neglected on the silver bootlegs like "Some Boys Wander by Mistake" that compile this sort of stuff.


All versions are different from the ones released on the albuns. The tracks are sourced on various formats, so expect some differences in sound quality.


Took a while to complete this collection, hope you enjoy it. Cover done by me as usual.

Please don't sell this on eBay...

I was asked to re-upload the Gen(1) copy I has obtained on TTD. But in the meantime someone uploaded the transfer from master on Dime, so this is an upgrade. Very Good sound.Thanks to elegymart for sharing this recording.

Here's the latest installment of the Gene Poole Collection, a random wellspring of recordings which have recently surfaced. To paraphrase Lou: This is gonna go on for a while, so we should get used to each other, settle back, pull up your cushions, whatever else you have with you that makes life bearable in what has already been the start of trying decade...

Some of Gene's handiwork has probably been heard by your very ears before, for the most part via the Stonecutter Archives, but this is the first major unearthing of tapes direct from the legend himself. As promising as that may seem, it's best to let the surprises hit as they are shared. The trade-off to the prolific taping on Gene's part is that the expectations for a perfect track record would be unrealistic and unfair. There will be instances of incomplete recordings, caused by late arrivals to gigs, recorder and mic malfunctions, and other assorted foibles as would befall any mortal taper. There will be times where a master from another source exists which could be superior. For the most part, Gene recorded with a variety of mics and recorders, and many shows suffered from wire dropouts, so that only one channel was extant in the capture. Due warning about the past imperfect given and out of the way, credit should be given where due as well -- for many shows thought lost forever, it's exciting to discover that many of these even in incomplete form have now cropped up.

We go up a little further north in the Empire State this time for a stop on the North American leg of Siouxsie and the Banshees's tour promoting "Juju." They were the headlining act, and  R.E.M. were the supporting act.

This was shared five years ago as part of Kingrue's transfers of the Stonecutter Collection [Vol 22]. That was from a first gen dub that Stonecutter made from this master. Something to clear up here is that this was not recorded by Gene as it was thought back then, but by Gene's friend Mike the Bike, a Vietnam vet whose day job was with the Mass Transit Authority as a token booth clerk stationed at the 1st Avenue and 14th Street subway in New York City.

Some of the other well-known recordings Mike made were of R.E.M. at the club Zappa's, which was the night before this one. Per Gene, R.E.M. first met Mike when they played for free at the bandshell in Tompkins Square Park, and they put him on the guestlist for that Brooklyn show and this one in Mount Vernon. Mike lent Gene his master to dub, and Gene had meant to return the cassette as he did of Zappa's, but Mike was tragically killed in a hit-and-run accident on his bike about sixteen years ago. Over the years, Gene had forgotten he never returned the master. His memory of it was only triggered  when he went digging up material for this project and he pulled out this tape with Mike's handwriting on it specifically labeled as "orig."

For reasons unknown Mike didn't get the opening set this night from R.E.M., but what he got of Siouxsie is gold. He's right up there by the PA stack, with decent gear, the audience in the soundscape mostly drowned out or outside of the wondrous sphere of the music. McGeoch's dramatic slash and burn guitar is heightened, the bass and the drums, the snare, Siouxsie's ethereal vocals -- it's all a near-perfect stereo balance. This sounds just as fresh as it did when Mike put it down on tape the week before Halloween in 1981, capturing the vitality of a band that would put together their setlist moments before taking the stage.

The tape flip that comes near the end of "Skin" is quick and minimal, and perhaps the crowd had cleared some by the encore, with that song's sonics coming through more harshly on the recording than the rest. This still must have been a delight to receive from Stonecutter back in the tape trading days and it probably saw popular circulation amongst the cognoscenti.

Spotting monitors in the club, Siouxsie asks if the band are on the TV. This master transfer should be the ultimate upgrade of this show, but we'll reconsider if video of this show actually exists and surfaces. 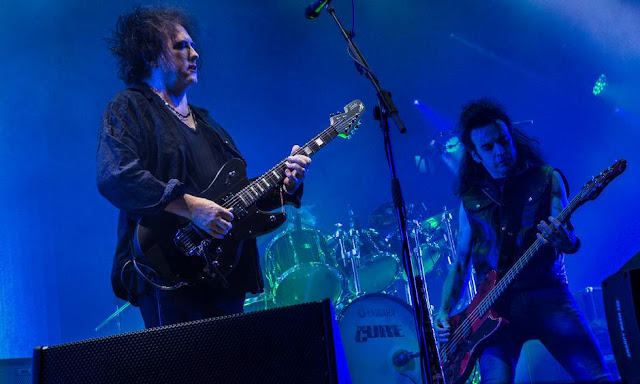 Very Good FM Broadcast. Thanks to trebor for sharing on Dime.

Do not sell this recording.
Don't convert it to mp3 or other lossy formats except for your own personal use.
Please support artists by buying their officially released material & by going to see them in concert !

Transferred, mastered and uploaded by trebor on Dimeadozen, 2020-06-23. 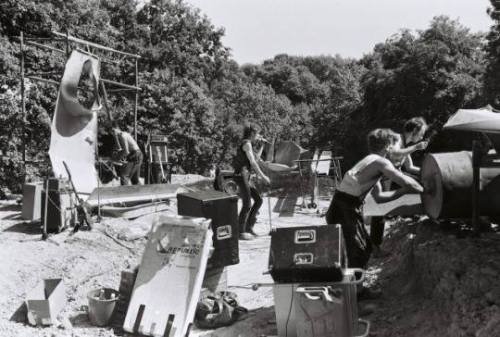 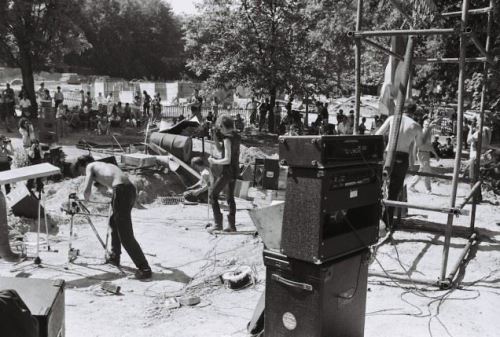 Thanks to the original uploader on Dime and to the reader that sent it to me to post here (lost the email, so I can't credit you properly, sorry...).

Free Open Air concert in a park, in the morning. Alex Hacke on guitar. In the evening they perform in Hamburg, more than 1000 kms in distance. "Sand" is a cover of a Lee Hazlewood song.

Notes:
The tracklist on the above mentioned source only lists the first six tracks, but the rest must be part of the show, because "Die genaue Zeit" (The exact time) crossfades into "Neun Arme" (Nine Arms).

Do not sell. Buy the records and go to the shows ! Enjoy ! 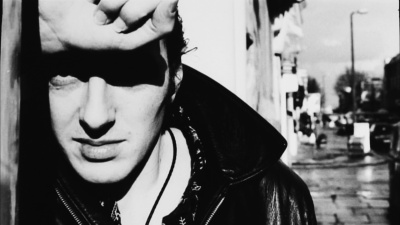 Great concert with the legendary Joe Strummer and The Mescaleros band.
I also included a interview made later that evening. In the background you can actually
hear "Paradise Lost" play, as they were co-headlining the festival back in 1999.
Strummer and Mescaleros played a great concert including some "Clash"-songs and also
the cover originally made by the bassplayer from Buddy Holly..."I Fought The Law but..."
Hope you´ll enjoy! 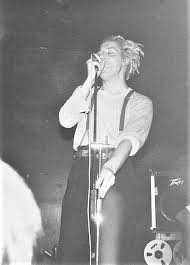 Very good sounding recording. Thanks to the original uploader on Dime. Festival 4AD with Lush and Pale Saints

*with drummer & Cocteau Twins bassist (according to tape insert)

Email ThisBlogThis!Share to TwitterShare to FacebookShare to Pinterest
Labels: The Wolfgang Press 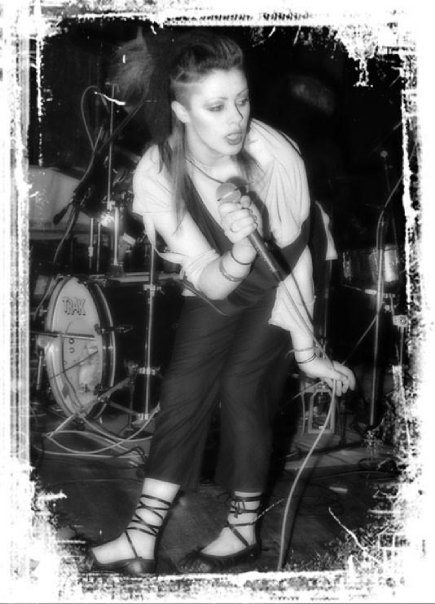 Another gem shared by Egg_Crisis. 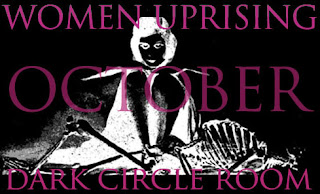 Uploaded by Egg_Crisis for Dark Circle Room
Convert to mp3 for personal use only. Do not circulate in FLAC or WAV format without this info file. 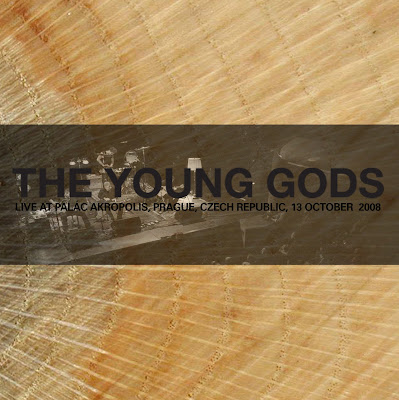 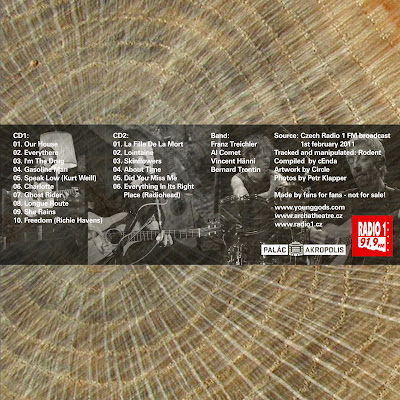 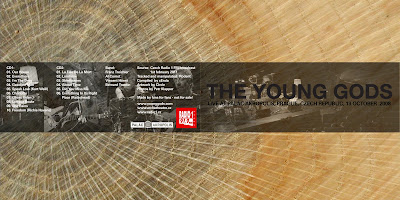 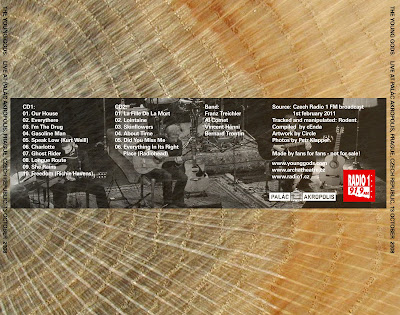 Made by fans for fans - not for sale!

Email ThisBlogThis!Share to TwitterShare to FacebookShare to Pinterest
Labels: The Young Gods

Soundboard Recording. From the KTS bootleg Talking Colours. Thanks to the original uploader.