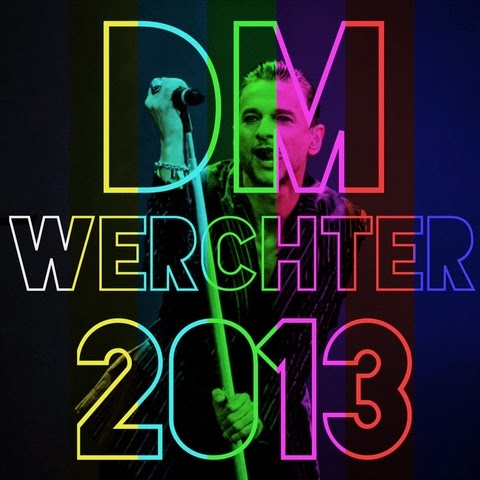 Excellent sound, Thanks to the original uploader. 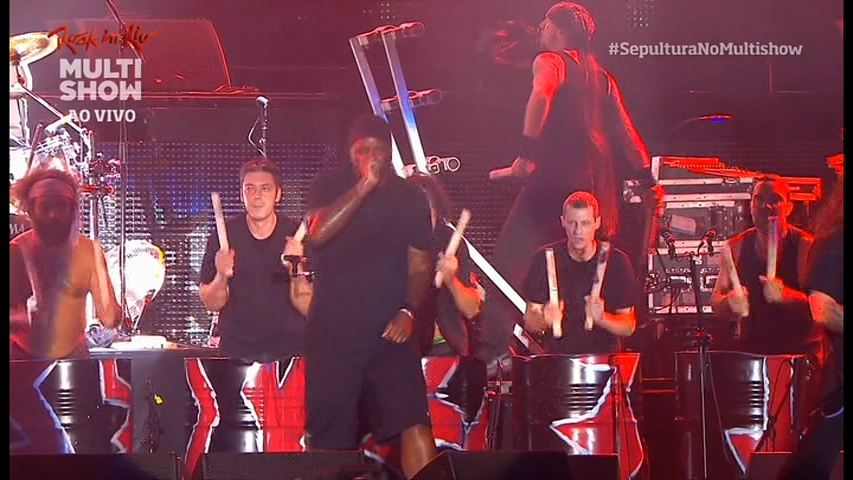 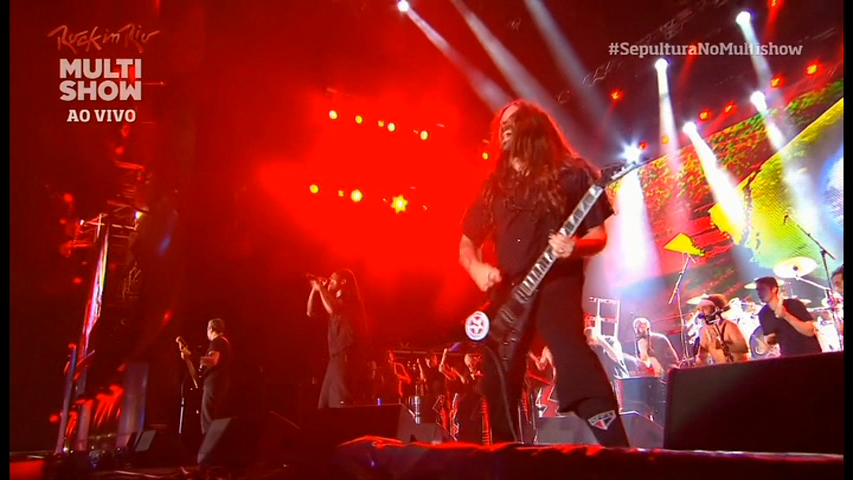 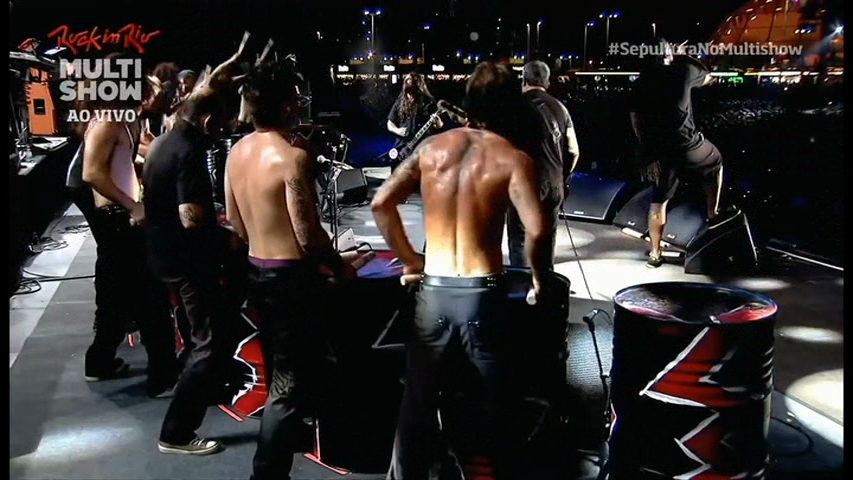 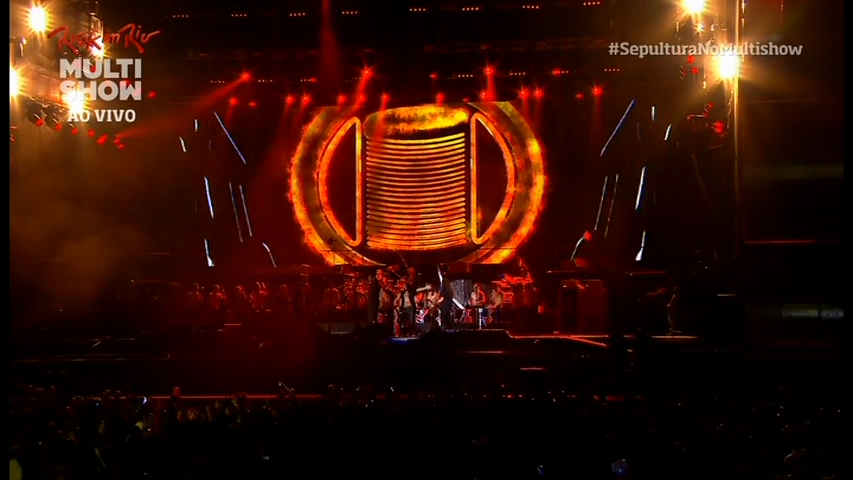 Now, this must seem a bit stretched out for the usual stuff posted on the blog, this is an unsual mix of metal with with old school industrial percussion, creating an explosive effect. Thanks to Š†©kmªÑ for creating this DVD. 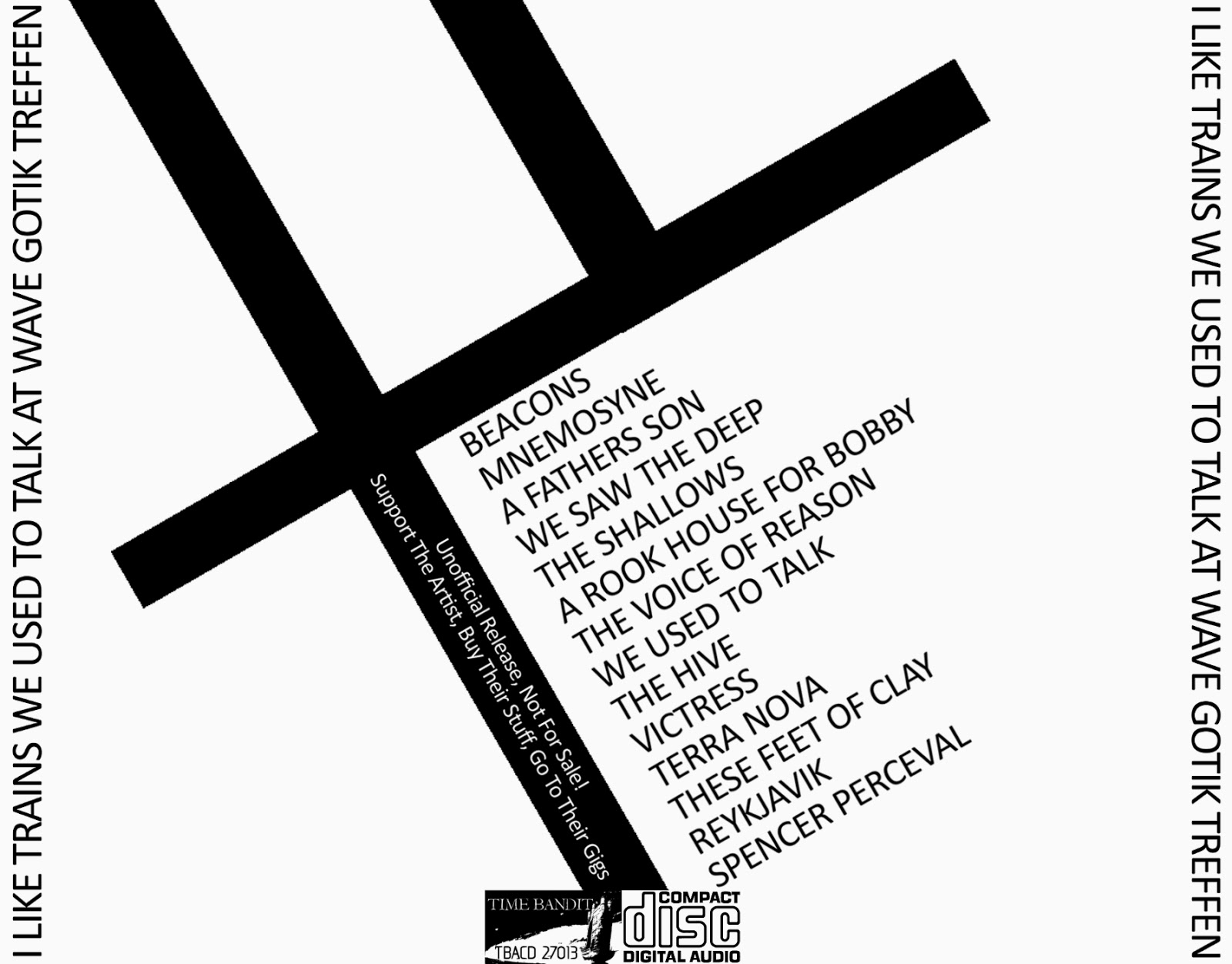 Thanks to TimeBandit for another of his recordings of WGT.

2013-05-20
I LIKE TRAINS
WAVE GOTIK TREFFEN - ALTES LANDRATSAMT
LEIPZIG, GERMANY
AKA "WE USED TO TALK"

I LIKE TRAINS are a hidden treasure. Haunting instrumentation and broken, world weary vocals portray a tender depiction of tragedy, past, present and future.

Building the bricks of a productive creative partnership, over the past six years I LIKE TRAINS have perfected their craft. Their sullen heart felt songs wash across you like a sea of wondrous turmoil. I LIKE TRAINS have had their music featured on Hollywood film trailers, adverts and television, including an episode of cult series CSI:Miami. In October of 2007, the band released their debut LP, 'Elegies To Lessons Learnt' which contained a captivating collection of tracks documenting a series of historic downfalls and the mistakes we failed to learn from. The band are set to release their eagerly awaited second LP later this year. Whilst articulating the morose truths of life, the band provide a ray of light with their gentle flowing guitars, rich earthy vocals and glimmers of exultant choral euphoria that show hope within despair.

Their gig was worth for my final closure of my experience on WGT 2013. The venue was new this year on shedule, very good sound. Principe Valiente played before i missed them but also brilliant act (source recorded by scttrbrn is availiable on dime). 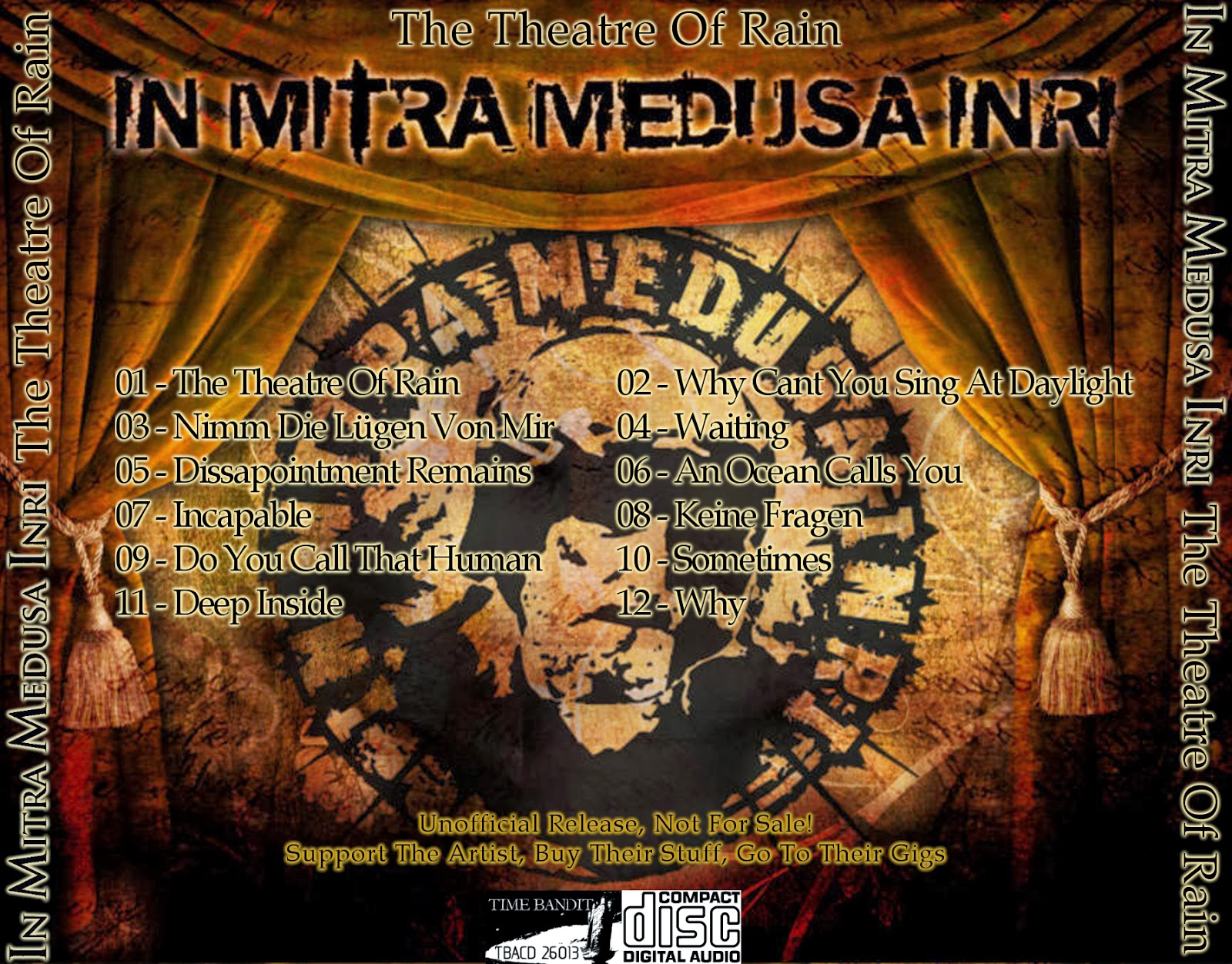 Thanks to Time Bandit for sharing his recording here.

In 1992, when wave was believed to be dead, In Mitra Medusa Inri was founded. With the intention to convert their events and emotions into music, Volker and Holger started their musical work and Michael joined soon. Only a short time later, they signed their first record deal at Spirit Productions. Very soon various concerts, for example at Zwischenfall ( D-Bochum ) and Kassablanca ( D-Jena ) followed. The reaction of the audience was positive without exception and so the band became famous in the scene. Due to internal problems in 1995 IN MITRA MEDUSA INRI firstly was winded up for a while.

1996: Because a lot of fans demanded Mozart (Spirit Productions) about IMMI and the reason of their musical pause, they made the purpose to the original members of the band to publish a CD. After intensive talks which should eliminate the known problems they decided to restart. The CD Long forgotten world was produced and sold about 2.000 units. Fans from Italy, Poland, Switzerland and Germany got in touch with the band. Unfortunately, the problems which caused the first cut came up again. Holger and Michael separated from their singer Volker in order to go choose new ways.

1998: Holger and Michael concentrated on organising concerts for a club. Wishing to compose further songs and to take opportunity of the creative output they founded MY PERSONAL COUNTDOWN just a little later. This new project should start at the point where IN MITRA MEDUSA INRI collapsed. After Volker had published a second CD under the name of IN MITRA MEDUSA INRI in the meantime, his band collapsed definitely. Without further ado Holger and Michael decided to operate again as IN MITRA MEDUSA INRI. The clear statement is: "This band is an important part of our life." The two create new old sounds with the following message: Close your eyes and let yourself fall.

2003:With their actual longplayer Darkness between us (release November 2003, Apollyon) IN MITRA MEDUSA INRI created a world of melancholy, longing and also critical impressions. Far from cliché it offers an individual sound. Ten tracks melting to a work of art, carried by a warm voice and wistful guitars. A collection of emotions coupled with love for details which has the intention to take the listener on a journey to his inner mind. Style: JOY DIVISION meets NEW ORDER meets THE CURE. Darkness between us is a soulfood-album which invites to undiscovered sphere - the masterpiece of IN MITRA MEDUSA INRI so far. Produced by O.Müller ( S.I.T.D. - Cyber Axis - Megadump )

The Name: IN MITRA MEDUSA INRI - a name of phantasy - if you want, a number of expressions. It has, however, a deeper sense, although - or even because - the members of the band, realize and express the meaning of their music in their very own way.

In Greek legends, MEDUSA is described as a female monster/god, whose look lets everything become stone. With their music the band hopes to receive a similar penetrate effect at their listeners.

In form of fish's head MITRA originally symbolized the hat of god Dagon. It counts as a sign of friendship. We, IN MITRA MEDUSA INRI (IMMI) are friends, not just a few people who joined in order to make music. Common ways through ups and downs unite them so that the original meaning of "Mitra" has characterising meaning for the guys.

INRI is the abbreviation for Christian religion (as well as inscription of the cross: Iesus Nazarenus Rex Iudaeorum, in English: Jesus of Nazareth, king of Jews) - religion need not be a given schema but may be everything - a song, a poem, a feeling.

IMMI had to do a very hard job to keep the venue filled after Whispers in The Shadow. They played some newer stuff and unreleased songs which are a bit like cheesier Goth Pop for me. Though to say they just reformed 2013 and playing currently with smaller lineup and some new songs are work in Progress. But for me who liked their older material (Long Forgotten World, Commedia Del Arte) where they sound really stronger (like Age Of Heaven or also the early Whispers In the Shadow) i recommend you to listen to this both albums before judgeing the recording.

Email ThisBlogThis!Share to TwitterShare to FacebookShare to Pinterest
Labels: In Mitra Medusa Inri 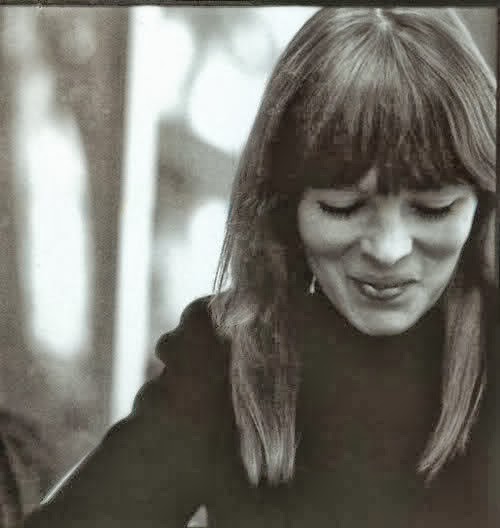 1. Janitor of Lunacy
2. Purple Lips
3. You Forgot to Answer

Email ThisBlogThis!Share to TwitterShare to FacebookShare to Pinterest
Labels: Nico 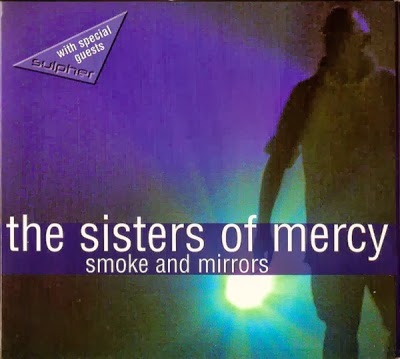 Email ThisBlogThis!Share to TwitterShare to FacebookShare to Pinterest
Labels: The Sisters of Mercy 2003 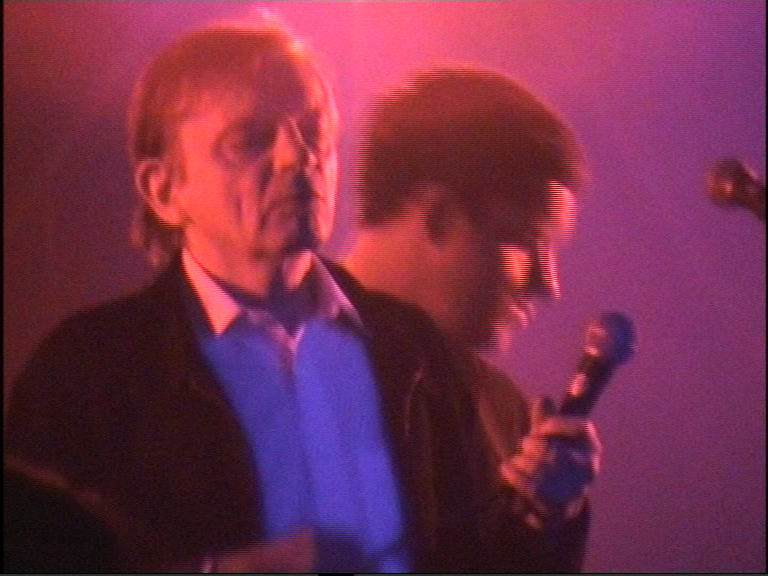 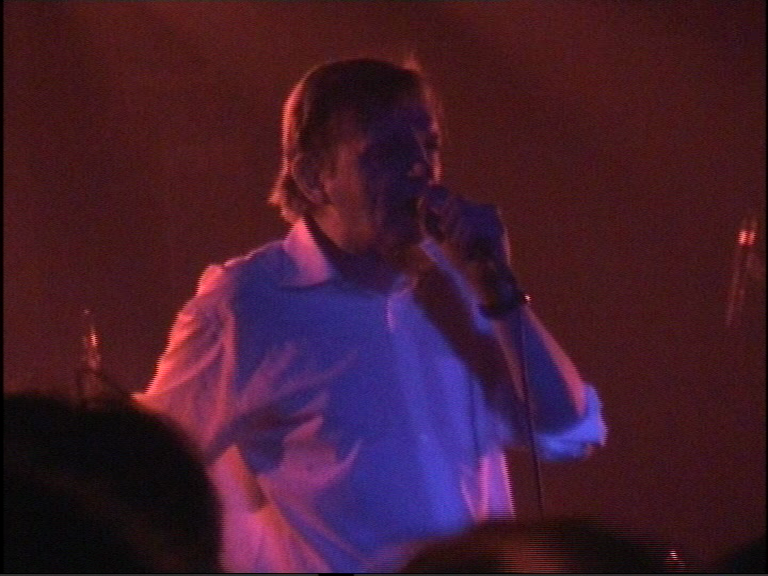 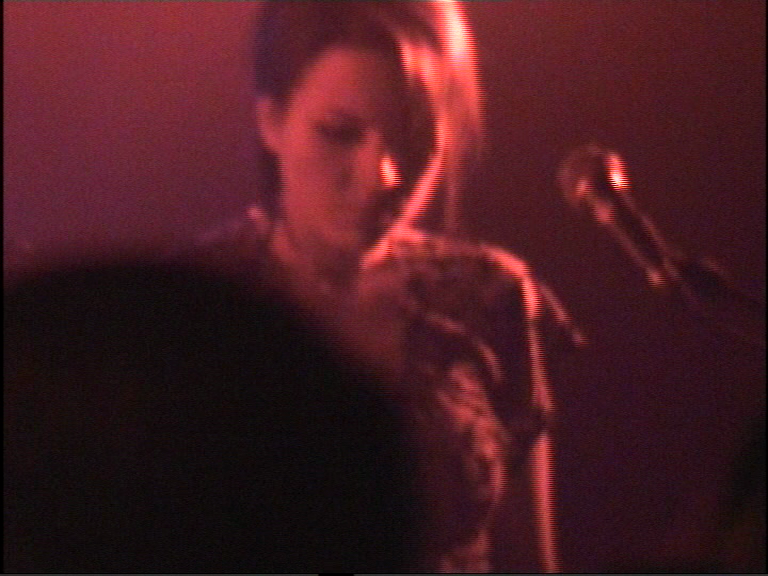 Thanks to S+©kmªÑ for the links

- "Good evening, we are The Fall, from the long, long days of your parallel land.
Reflect. Reflect. Reflect. And our next number is 'Pacifying Joint'
when they get round to it." (during "The Boss")

Email ThisBlogThis!Share to TwitterShare to FacebookShare to Pinterest
Labels: The Fall, Video 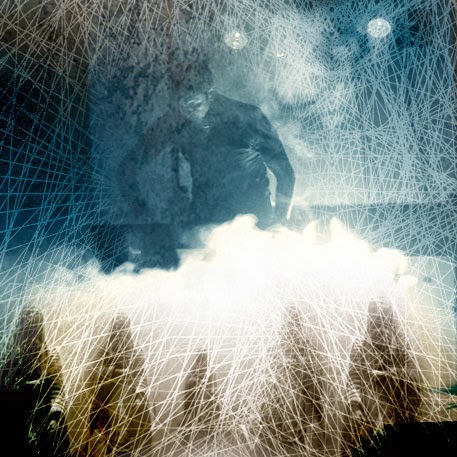 Another demo from a dark ambient band, this time from Italy. Huge Thanks to ronan for sharing it here with us. I don't have much info about these demos with exception of the date, maybe someone can help?

Email ThisBlogThis!Share to TwitterShare to FacebookShare to Pinterest
Labels: Vestigial 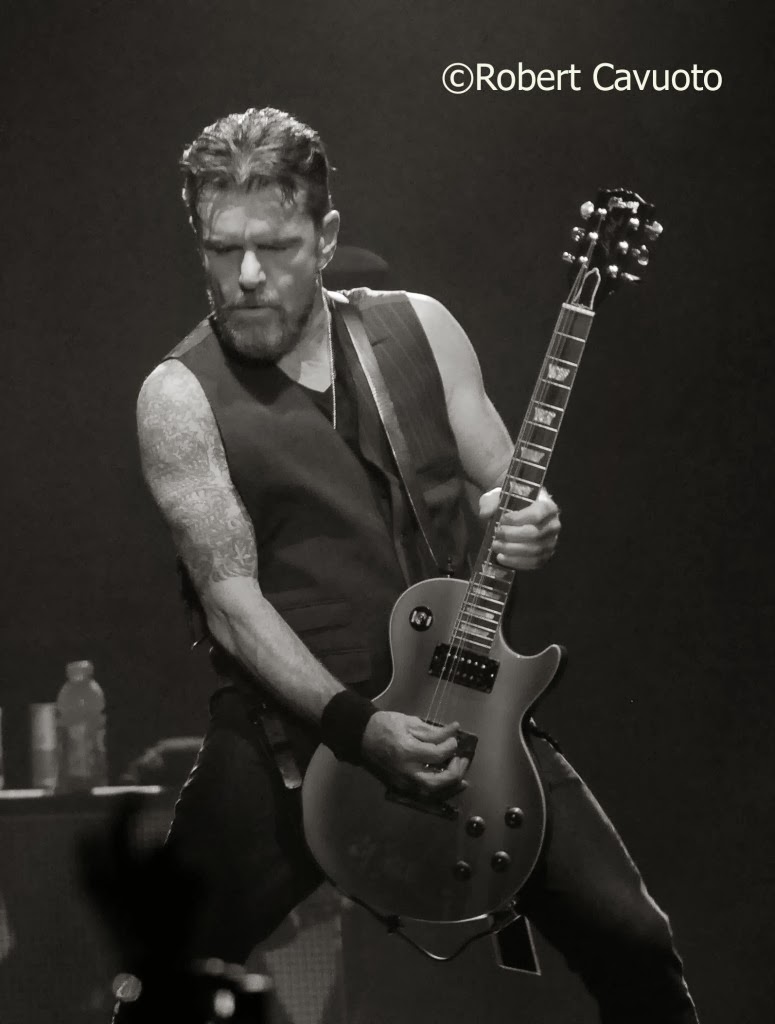 The band sounded great and the recording came out pretty decent considering my spot (in the middle of the crowd). Some crowd noise can be heard here and there between the songs.

Do whatever you want with it just don’t try to sell it.
Support the artist
Enjoy! 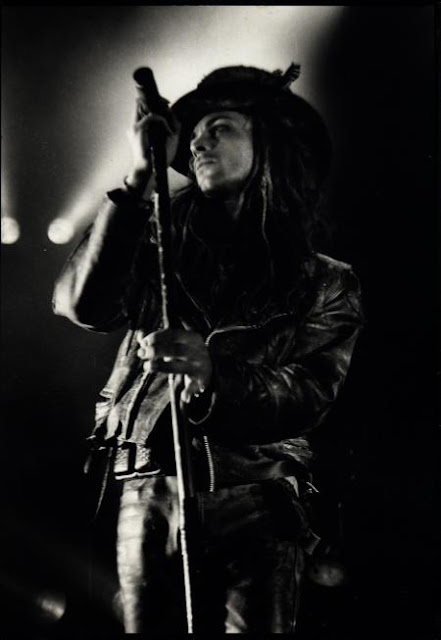 Life doesn't get better than this, the ultimate FOTN bootleg in Flac! Huge Thanks to Milan for sharing this version over at the Dawnrazor forum. This apperead last week on DIME, aparently not all are demos, here's some of the comments.

"And the songs 5 & 6 are not rehearsals demo but live versions, I don' t remember at the moment which concert, but I think someone here will -very soon- tell us exactly when it was recorded live..."

Anyway, Thanks to tumanov for sharing this collection.

Sources: Various CD and Vinyl Bootlegs.
IMPORTANT: tracks 11, 12, 13 and 16 are absolutely different demos from the one's whitch have been available on the reissue deluxe editions. 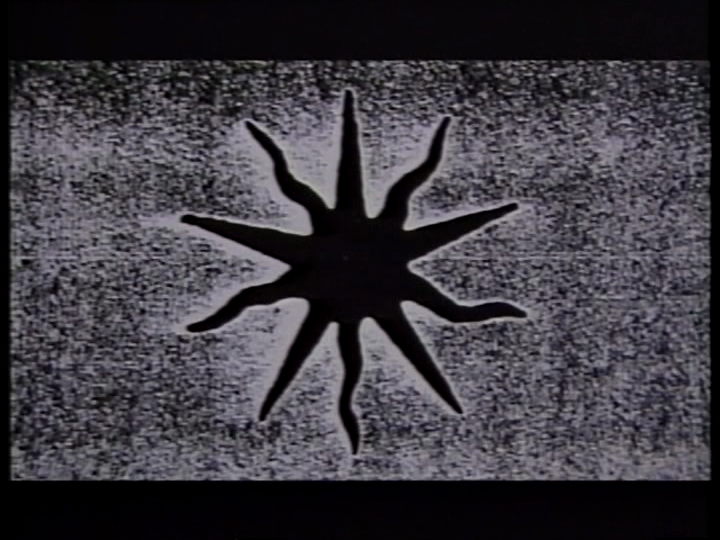 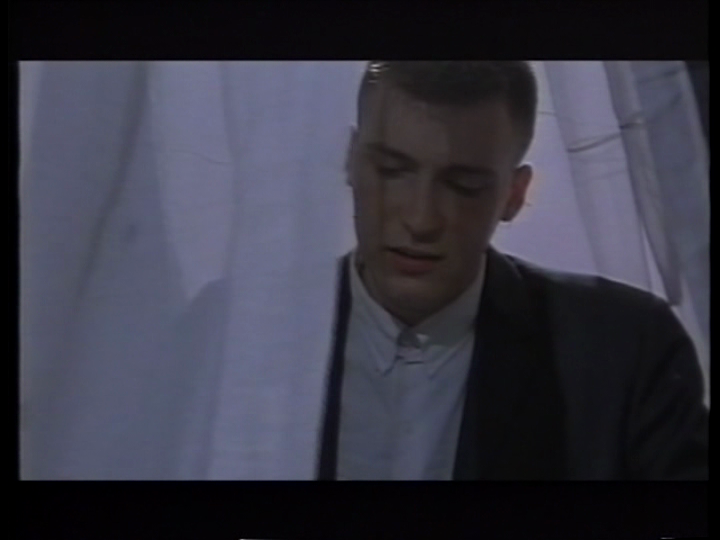 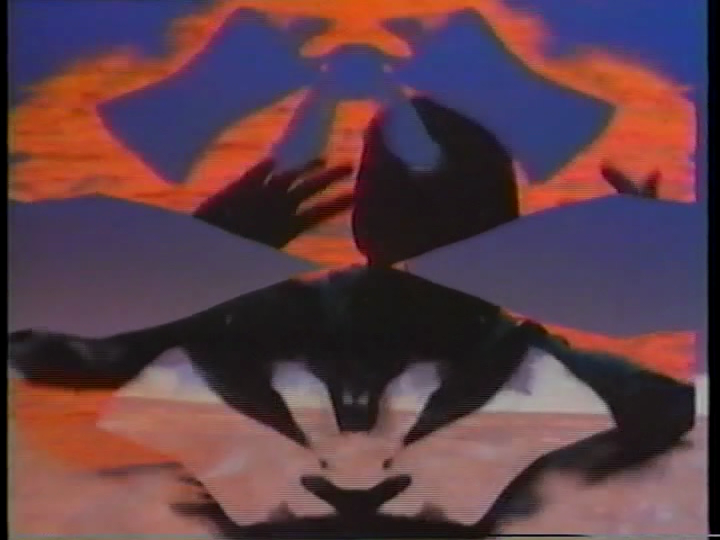 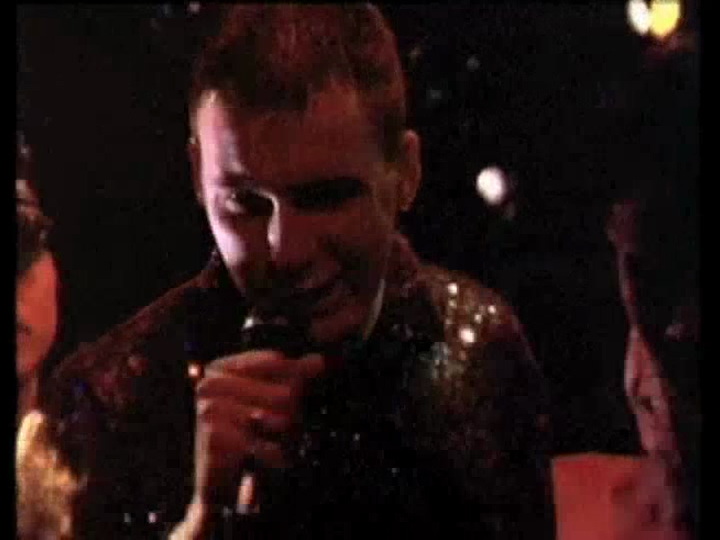 Thanks to Š†©kmªÑ for creating this DVD. 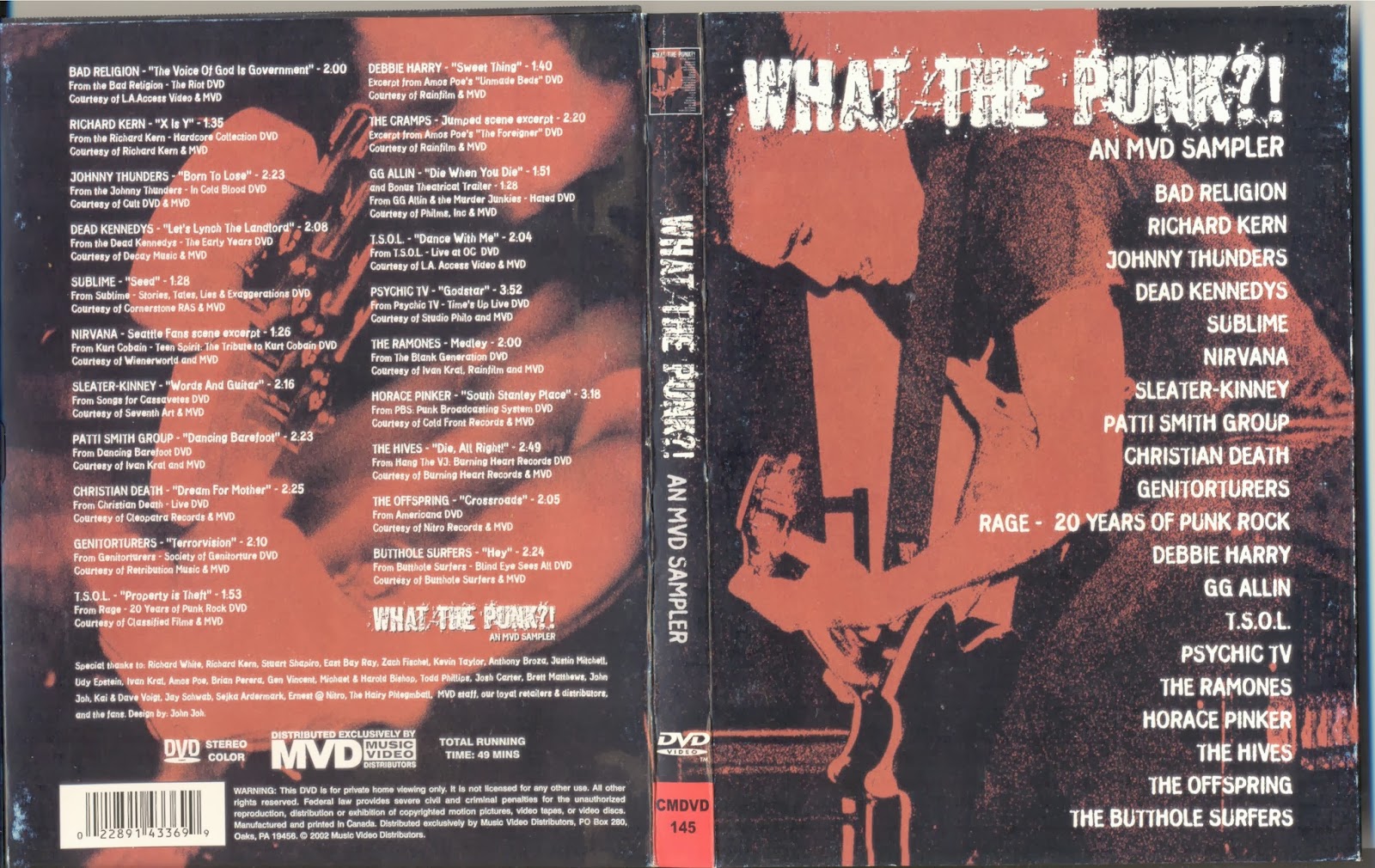 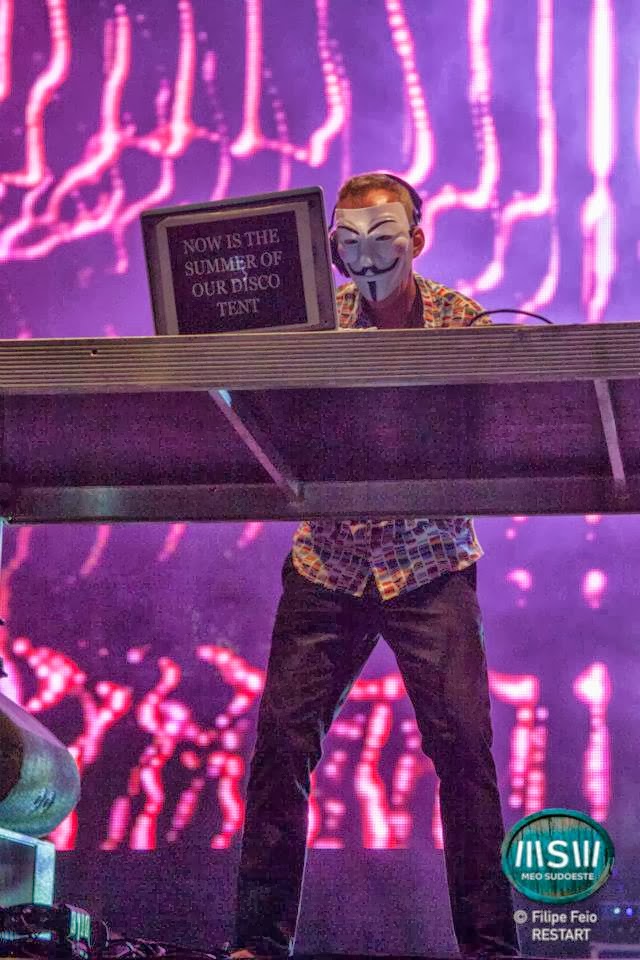 NOTES: Complete live set broadcast.  did not split tracks because there was no interruptions on the set and also there's not real tracks to split, the
whole set is an audio manipulation using samples, some recognisable, most of them not, in order to create a unique whole soundtrack.