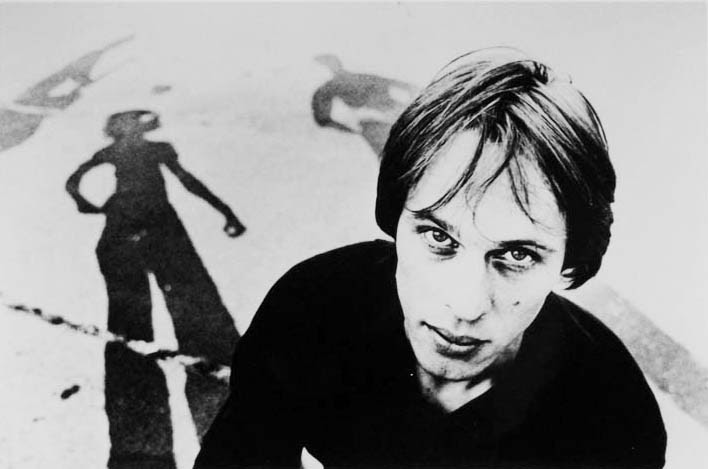 This one is for Dave Sez. Thanks to thr original uploader.

Review taken from The Wonder (thewonder.co.uk):

Recorded five days before the live CD on "Miller's Tale", but far superior in terms of sound and the quality of the performance. The playing here is characterised by its energy and intensity; the band (I guess Fred Smith, Jay Dee Daugherty and Jimmy Ripp) is really tight and fluid and the bass playing, especially, is great throughout.

It takes two or three songs for Verlaine to really lock into things and for his voice to find its place in the music rather than sound as if it's fighting a losing battle against the rest of the sound. By "Kingdom Come", the guitar is starting to go off in those strange, unexpected directions and then, in "True Story", the voice, the guitar and the rest of the band fit together as they should. The effect of Verlaine's guitar and "out-of-it" vocal together is brilliant; and the guitar attack is wonderful here, notably where it spirals into the frantic, intense climactic false ending (I could swear Richard Lloyd was in there somewhere!)

"Clear It Away" has a great feel, with rolling reggae-ish bass and splintered guitars - light and shade, tension and space, and Verlaine's guitar digging in and out of the beat until it explodes over the top of it. "Always" is wonderful and shows why Verlaine is so good; he doesn't always seem to know where he's going (which is one of the things I love so much) but where he ends up and the ways he gets there are what makes listening to his playing such a joy. It's knowing that you'll never hear a song played the same way twice - for example, the way "Penetration"'s intensity suddenly slows and stretches out in a brief, almost-relaxed middle section where the guitars hang back before crashing back into the chorus.

"Breakin' in My Heart" always sounded too short on the studio version and here's what it should be like: the band plays a fluid, steady groove and the guitars crash over and around it turning the simple beauty of the recorded version into something starker and more haunting. "A Future In Noise" is even angrier than the version on "Dreamtime" and the guitar break is a spurt of controlled energy.

He plays on "Marquee Moon" as if there were still new ways to approach the song, new ways to explore it. The free-form solo is fluid, inventive and surprising. At times his playing sounds relaxed, at other times frantic and impassioned; from where the extended middle section loses its familiar urgency and levels into a laid-back groove over which his guitar sparks and stutters, right down to the unaccompanied section near the end complete with string-bending and detuning effects, before the rest of the band comes in again. The song is effectively stretched, turned inside out then ripped apart.

"Days on the Mountain" is the other high point here; what sounds like a sequencer and synth lock in with a stark rhythm section to create a hypnotic and spooky structure over which guitars range from hesitant to fluid and chiming. The "lost" vocal weaves in and over the music and the whole thing increases in intensity and power until raw, slashing guitar chords take the song into the last section where controlled guitar lines are thrown against the beat. At the end there's nothing but Verlaine's guitar and amp buzz. It's a great surprise and it's wonderful.

The sound recording is excellent throughout, with great clarity and definition. The whole gig sounds as if Verlaine is having a wonderful time. There's a sense of confidence and ease, as if there are still risks to be taken.

Review from The New York Times (again taken from thewonder.co.uk):

Tom Verlaine has matured into one of rock music's very finest guitarists by steering a course that is only distantly related to the virtuosic blues oriented tradition of the rock mainstream. Mr. Verlaine's surreal dream songs, with their hypnotic, repetitive phrases usually set in minor keys, are essentially rock tone poems, in which the implications of his stark surreal lyrics are elaborated in majestic, exquisitely colored guitar solos.
This stark solitary lyricism is not likely ever to earn a mass audience, and it's power has never fully been captured on record, because Mr. Verlaine's albums emphasize the raw strangulated singing voice that is his weakest quality.

But at the opening night of a two-night stand at the Ritz on Friday, Mr, Verlaine and his excellent quartet, which includes Jimmy Ripp from Kid Creole and the Coconuts, the bassist Fred Smith , and the drummer Jay Dee Daugherty, demonstrated a stunning emotional and technical synchrony.

The group's chunky, visceral arrangements, with their martial rhythms and passionate guitar tanglings between Mr. Verlaine and Mr. Ripp, reminded one at times of Neil Young and Crazy Horse, but the arrangements had a grander sense of structure and a more precise articulation. Mr. Verlaine and his band may very well be the most accomplished guitar-oriented rock quartet in America today.
Disc 01: