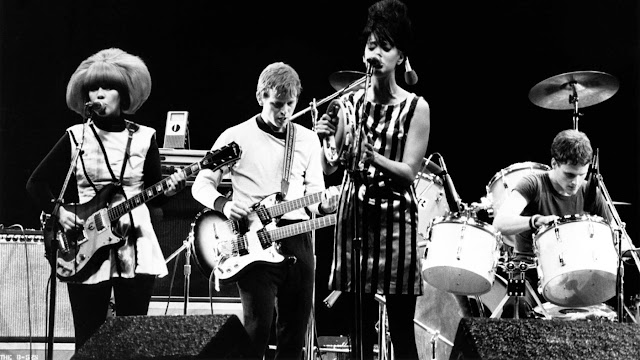 The Boston concert is a repeat, but I didn't want to divide the original shared folder. Thanks to the original uploader.

.
an eternal party production.
Do not sell this recording.
share freely, losslessly and gaplessly.


comments:
Both these sets were posted once before in 2008, with paltry setlist and probably no samples.
These are 2 of my earliest recordings of the B-52's in concert. They're a fun live band
and never better than in the late 70's and early 80's, so I've put together these 2 short
sets into one torrent, even though one is an FM and the other is an aud. The 79 is a complete
broadcast, don't know if it was a complete set. Probably was, since it was an opener set
for Talking Heads. I was going to seed both of those together since both of mine are very
nice sound quality, but a sbd of the Talking Heads show was seeded previously on dime
with exc. quality. I haven't seen the B-52's set posted yet, until this was first posted
in 2008 and it was a very good show, from a clean FM master cassette of the second re-broadcast
which was not hacked up like the 1st one with untimely abrupt commercial interruptions. This
is from the same FLAC files as the 1st post, only the titles have been changed now that the setlist
is complete for both these sets, and the sb's have been aligned.
thus the info. file, fpts and md5 are different, and also gone is the graphicly confusing
torrent title of "b527981". (Folks, do NOT try this at home.)
plenty of enthusiasm and energy in the 1979 set, probably one of the first times they had been
broadcasted in concert (this was recorded and broadcasted later, one of 2 shows, don't know which one).
I've filled out this disc with an incomplete 1st gen. aud from 1983 (previously listed as 1981,
apparently that was an incorrect date) that's also full of enthusiasm and a fresh performance.
I'm happy to hear more from them too, 84 or before, basically, is prime time for the B's if you ask me,
probably starting right around this time, which was around the time their 1st (yellow-covered "B-52's")
album came out. This one remains one of my favorites of theirs and you get some nice versions of those
songs and more in here. I think anyone who likes the B-52's will enjoy hearing this.
The Boston tape is my master, the N.H. 81 is with thanks to fzmoi69 who supplied me a 1st gen.
cassette copy. It only has the 1st 7 songs of the show, but seven is better than none. this
whammy kiss is complete (unlike all too often in real life, if not before that point.)

Email ThisBlogThis!Share to TwitterShare to FacebookShare to Pinterest
Labels: The B-52's