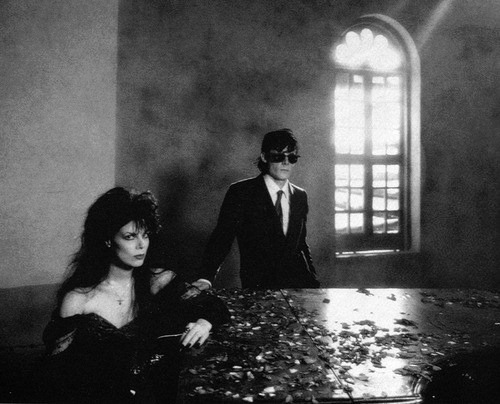 Well. I don't really know the source of this one, but it was shared by manasha a long time ago, so my THANK YOU to him. These mixes are closer to the finished album than the previously shared Floodland Demos.

This was on the original TXT;

"I've had this tape sitting in a drawer since around 1990. It was just labelled as "Floodland demos", and the recording was accompanied by a loud whistle (this is caused by being copied using high-speed dubbing when there's a TV set close to the machine). I removed as much of the whistle as I could without affecting the quality of the recording, so now it's not noticeable except during the quiet bits like at the start and ends of some songs. This is obviously another in-house mixes tape, or something of that sort. The tracks are definitely different, for example the intro of Driven Like The Snow #1 is longer, and the mix of Lucretia sounds less busy than the finished version. Also, you can hear that some tracks seem to be off vinyl, so some of them are probably from acetates. "