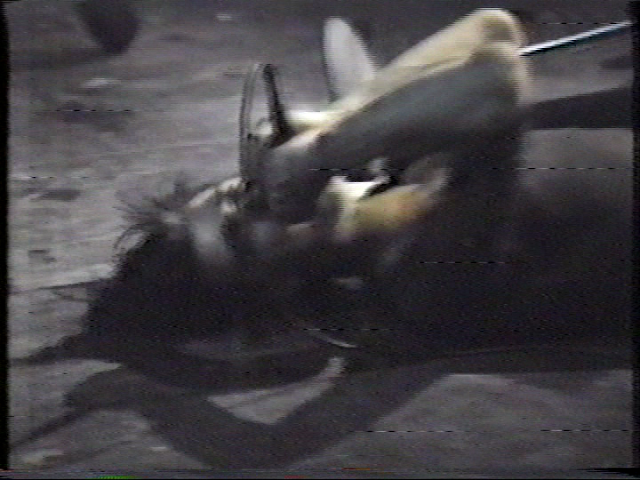 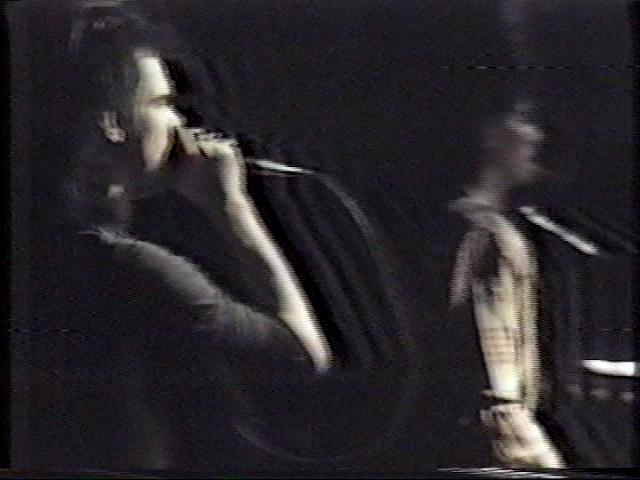 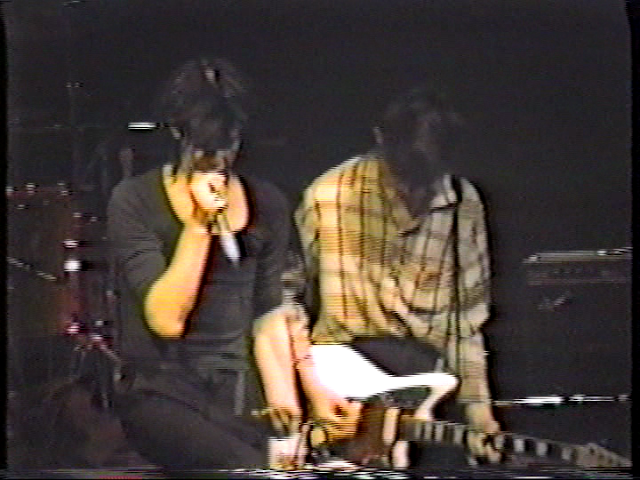 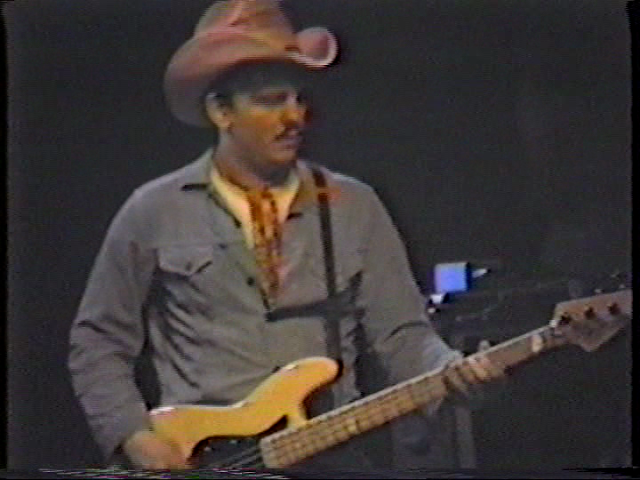 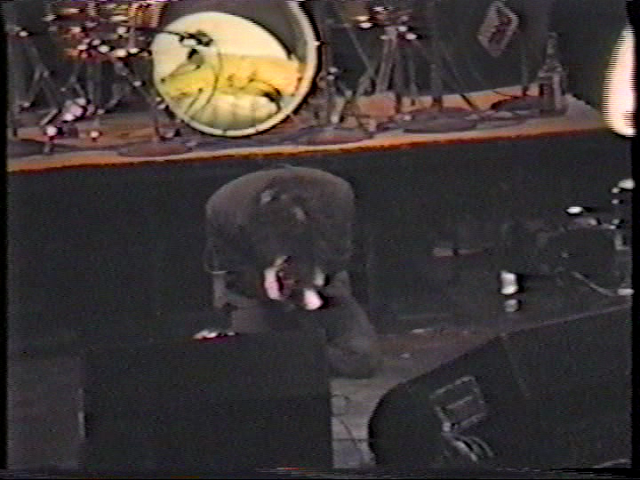 I already posted the audio of this show, the video appeared yesterday :) HUGE Thanks to 01001010 for4 sharing this video on Dime.

digitizing notes [from J-dot; 2016]:
Long-rumored to exist, it turns out the rumors were true after all. I’m still surprised that my own audio recording was the only one of it’s kind, particularly since I was barely familiar with the band at the time. The notes I wrote some years ago to accompany my audio capture of the show sums up just about everything I could have to say about that.

The obvious question is probably going to be, “why does the audio tape have 42 minutes, and the video is one hour?”. Most of that is dead space; before and after the set, and between songs. When I “mastered” the audio cassette many years years ago, I’m certain I edited out any dead space that wouldn’t have been relevant to the band’s performance. The video at least confirms that no music is missing.

I asked the ubiquitous “Mr. Smith” to tell me the story of this video capture, but as it turns out, he had simply borrowed the VHS master from a friend, and converted it to a DVD-R, which is what I’ve extracted this fileset from. I think all I can add to his own comments is that back in the day, there a video crew would capture some performances and project them onto the overhead screens during the concerts, so that anyone in the venue might have an optimal vantage point. Many of the tapes were left in storage at the club, and during my own tenure there, one of the DJs revealed to me that many of them had simply disappeared over the years. Thankfully, a few decades after the fact, this turns out to be one of the few exceptions.

additional notes [from “Mr. Smith” ; 2016]:
They had more than one camera at First Ave. When the show was over they handed the videocassette to Nick Cave who gave the tape to the young lady in the warm up band, Timbuktu.

J. made a concerted effort to find out what he could about the origin of this DVD-R, and his comments are included here. I have contacted the DIME admins, and they said that the info we were able to get was sufficient for this to share here. It doesn’t look like we still have the original cassette of the audio, but we do have the digital files J. made in 2008, if anyone still wants those.

Email ThisBlogThis!Share to TwitterShare to FacebookShare to Pinterest
Labels: The Birthday Party, Video