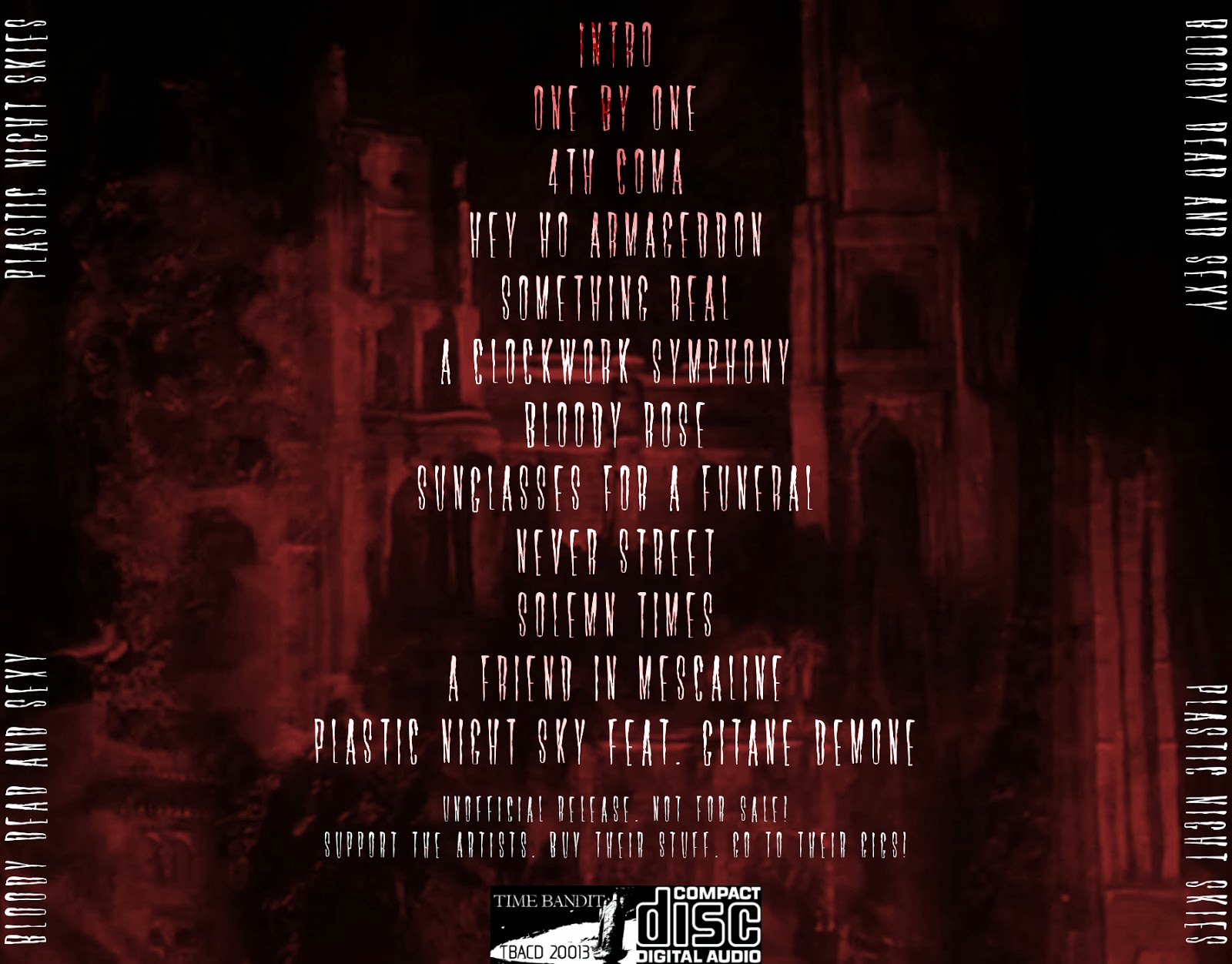 Thanks to Time Bandit for sharings hgis recordings here.

The band was founded in 1997 by Rosa Iahn, Tim Schande, Björn Henningson and Wolfgang Reetz. In the year 2000 founding member Wolfgang Reetz died in a motorcycle accident and was replaced by guitar player d'hAmm. After some years of touring in Europe and contributing songs to compilations (most well known is the song "Bloody Rose"), Bloody Dead And Sexy signed to the well-known German goth-label Alice In... and released two albums ("Paint It Red" and "Narcotic Room"). In 2004 Bloody Dead And Sexy toured the USA. Their popularity among the followers of the deathrock-scene worldwide became clear, when they were asked to headline the Wave Gotik Treffen, the world's biggest goth-festival in Leipzig, two years in a row (2005 and 2006). After some exchanges of the guitar player in the following years, Matias 13 joined the band in 2006. The latest album "Bad Ambient" is featuring ex- Christian Death singer Gitane Demone and was released in May 2013.

Email ThisBlogThis!Share to TwitterShare to FacebookShare to Pinterest
Labels: Bloody Dead And Sexy