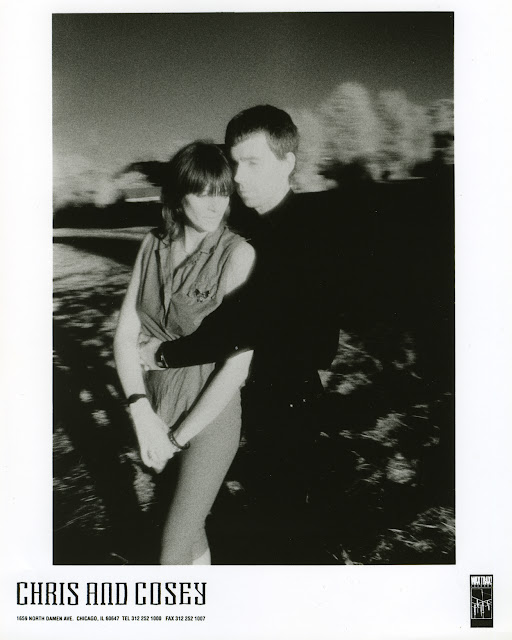 Excellent FM broadcast. Thanks to FREDHEADSET for sharing this recording. Recorded and broadcasted by VPRO Radio for the program Spleen.

When Throbbing Gristle broke up in 1981, Carter and Tutti signed with Rough Trade Records and began recording as Chris & Cosey. They recorded four albums for the label using electronics, sampling, Cosey's vocals and cornet playing. In 1983, they formed their own independent record label Creative Technology Institute (aka CTI) to release more experimental works and collaborations. The first CTI projects, Elemental 7 and European Rendezvous, were released through Cabaret Voltaire's DoubleVision label.

In the late 1980s and early 1990s, the duo worked with a number of independent labels such as Nettwerk (Canada), Play It Again Sam (Belgium), Staalplaat (Netherlands), and Wax Trax! (USA), and World Serpent Distribution (UK). In 1992, for artistic and health reasons, the duo stopped touring and concentrated on studio work. They returned to performing live in 1998, documented on the Union album.

They have collaborated with such artists as Monte Cazazza, Coil, Current 93, John Duncan, Erasure, Eurythmics, Boyd Rice, and Robert Wyatt. Their 1988 Core album is a collection of such collaborations.