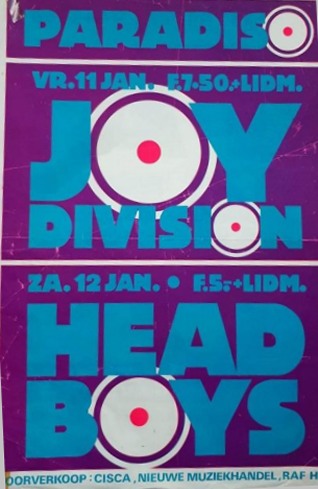 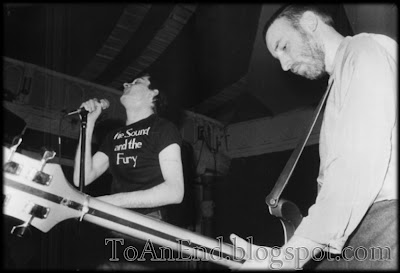 MULTIBAND REMASTER by the Digital Loyalist -

I guess you all know that this is one of the very best live show from Joy Division.

In 2012, FAGE did a great remaster out of the VARA Radio Station Master who recorded this fantastic gig.

In 2021, i thought it was time to try to do a slight remaster of this one bringing more power to this performance, adding more brilliance, trying to widen the sound.

So this is it. If you prefer to stick to FAGE, you can listen to it there :
https://www.youtube.com/watch?v=qgtlOYlqf1o

41 years after Ian Curtis left, this music still haunts us more than ever.

This is the first set.
If you want the second set, we'll see if here is enough demands.

P.S
Of course, don't sell this, share these files in lossless or lossy versions, i don't care as long as keep this info file.

***
You can find all 17 songs from the concert on this official release:

Some songs from the concert appear on these official releases:

Fractured Box Set
Officially released 2 CD box set
This is simply ordinary copies of the Preston 28 February 1980 CD and the Les Bains Douches CD wrapped together in a numbered cardboard sleeve.
Not to be confused with the Re-Fractured box set

https://www.joydiv.org/c110180.htm
* "Passover" is incomplete on all known recordings of this concert
** "Shadowplay" has a brief internal glitch

A legendary Joy Division set from the 1980 European tour, preparing for the launch of Closer. After the opening act doesn't show, the band play for much longer than normal, a seventeen-song set that includes all the hits - and it's captured in astonishing quality on an FM broadcast, with this bootleg being sourced from the master tape.

recorded by Omroepvereniging VARA for broadcast on Dutch public radio.
copies of Joy Division’s performance at the Paradiso directly from the Dutch Radio