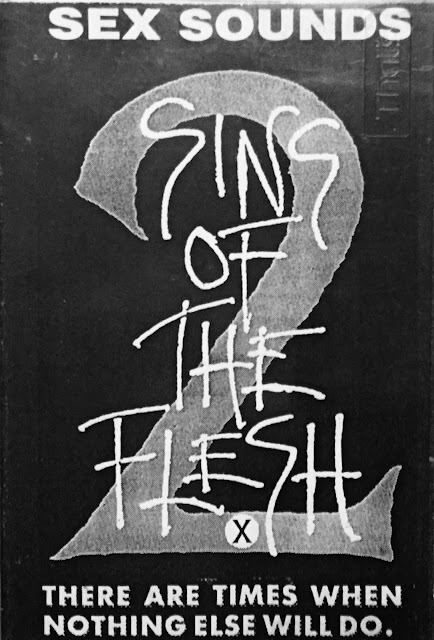 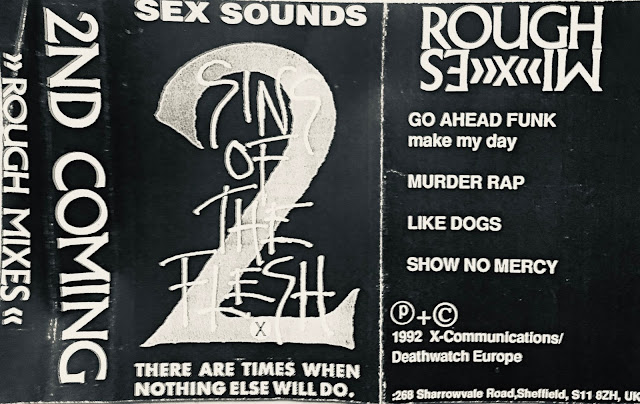 Sins of the Flesh we're a second wave British goth band, who released a couple of EPs and and an LP in 1989 and 1990, their sound was quite influenced by Christian Death and Sex Gang Children. After their first LP they started to change their sound adding more electronic and mixing their goth roots with some PWEI beats. They were calling this era 2ND Coming and recorded a lot of demos, but only released an EP and this tape before disbanding. A compilation CD with some tracks of this era was released in 1995, but did not include any of these tracks.

This tape is from the collection of DiploDerek, who unfortunately is not with us any more, so we dedicate this post to his memory and with it try to spread all the love that Derek had for (this kind of) music. Below is a picture of him with Anne-Marie Hurst + Andy Cousin. 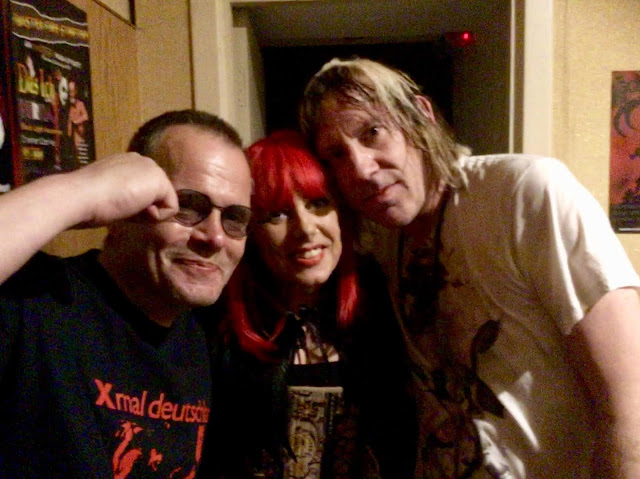 Thanks to Scott for ripping the tape and send it to me to share here.

Email ThisBlogThis!Share to TwitterShare to FacebookShare to Pinterest
Labels: Sins Of the Flesh