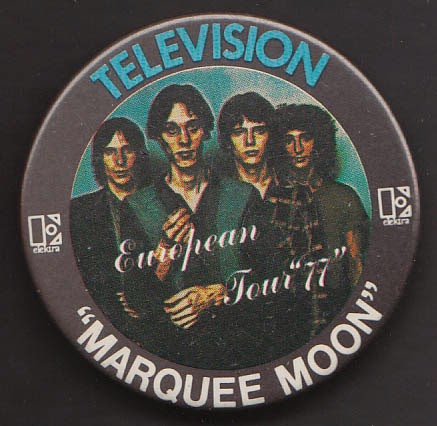 From the Dave Sez archive: another ultra-rare recording by Hans De Vente, this time of Television playing with Blondie on their first European tour. Lineage: Cassette>WAV>FLAC 5>you.

There are three known bootlegs of Television's 1977 European tour, all B-/C+ audience recordings; the best 1977 Television recording (B+) is from Hartsdale NY, first released by the great gomonkeygo and reposted by SilentWay at http://floppybootstomp-ii.blogspot.com/2012/03/television-live-hartsdale-ny-1977.html (Rapidshare links still live). Nonetheless, bearing in mind the rarity and historical significance of this Dutch recording, it should be kept in circulation, and thanks to Hans De Vente for sharing his tape. Other European 1977 audience recordings still online are Manchester at http://www.guitars101.com/forums/f145/television-1977-05-26-manchester-uk-aud-flac-164575.html (FLAC, thanks to the great EDGE, at least the Filefactory link is still live) and Lyon at http://www.guitars101.com/forums/f90/television-lyon-france-8-june-1977-a-163324.html (320, thanks to the great tinajazz, the Turbobit link is still live). The only other known 1977 recordings are from LA's Whiskey A Go Go on April 5th and 14th which are rough to say the least and are no longer online.