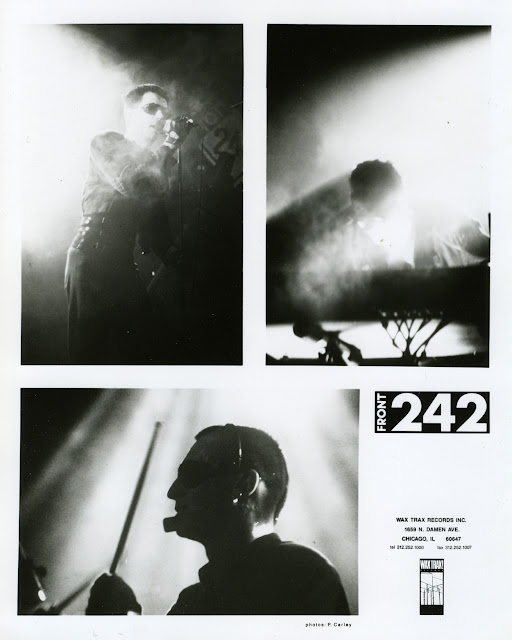 A now, a mystery. This naster was shared by electropop on DIME last year. And contains a recording that is labeled as Hamburg 20 March 1991, the same date as the Berlin Bootleg, wich is circulating for some time now. This version contains one more track. The sound is better than the bootleg. I compared the versions and they're similar but seem to be from different concert. Seems very unlikely that the band made two concerts in tha same day in two different cities, one possible explanation is that one of the concerts was scheduled for the 19th, but started after midnight, making the real date the 20th. Maybe someone has more info on this matter.

Thanks to electropop for sharing this recording on DIME and to mopple for send it to me to post here.

Transferred from cassette and shared on dime by "electropop" march 2011

Email ThisBlogThis!Share to TwitterShare to FacebookShare to Pinterest
Labels: Front 242