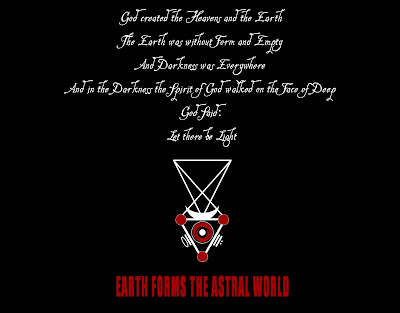 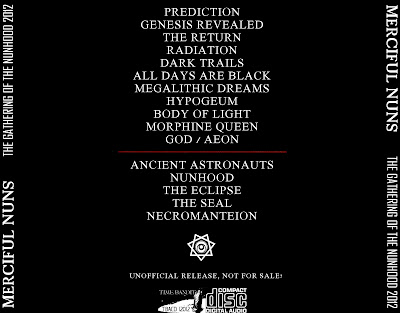 Another offering by Northern Nephilim.Excellent sound.

The Event is called "Gathering of the Nunhood" where WITS and Merciful Nuns played. The Event organized 1 year in forward by the fans + Artaud Seth and his fanclubs worldwide called "Lodges".

Completely unphased by trends and inclination for ingratiation to the listener Artaud Seth in his role as mastermind behind the MERCIFUL NUNS continues to traverse his chosen musical path. Traditional Gothic Rock produced brilliantly not only in the context of present demands but quite simply seminal for timeless great music. Goth as a mixture of widescreen epic and massive walls of guitar sound
, sacred choir chants, rattling drum computer and Artaud's sepulchral voice permeating through every fibre of one's body, at times plunging its intrinsic despair deep into the heart of the listener. And yet, even this does not adequately describe the musical workings of the NUNS. The primary objective is to ensure the survival of the Goth-Rock spirit of the 80's and early 90's into the modern era; to not only recollect the sound but also from a lyrical perspective, to recall the origins of Gothic culture. Hence we find in "Xibalba III" mythological themes in the foreground. Where do we come from? How long have we been occupying this Earth? Is there such a thing as Gods from outer space? Such questions and more await the listener. MERCIFUL NUNS are much more than just the sole legitimate successor of the three musicians' legendary former band GARDEN OF DELIGHT! The NUNS have already attained cult status and must be regarded as seminal for intelligent listening pleasure!

My quote: I didn't got really familiar into Artaud's first band The Garden of Delight who sometimes tried to hard to be a FOTN spin - off including a really crappy cover of "Love Under Will". With his musical reincarnation Merciful Nuns this has changed.
Now this is straight traditional Goth, with clearer instrumentation, not so much (stupid) electronics like in GOD. This is just clarified on the first song "EARTH FORMS THE ASTRAL WORLD!" - Genesis Revealed screwing forward into the people's brains.
By the Way their first album "Lib.1" is called in the goth scene as only legitimate successor of The Sisters. Obviously differences are there. Artauds interpretation of the Drum Computer is a sound like a real drum-kit not typical 909 or 808-ish stuff, clear drum, clear snare, and clear hi hats. Only at "The Return" the machine did a small fail at the end but "The Watchtower" was back into business within a few seconds.

Some GOD classics like The Seal found their way into the set and as a special gift first time in the Nuns Set: Necromanteion