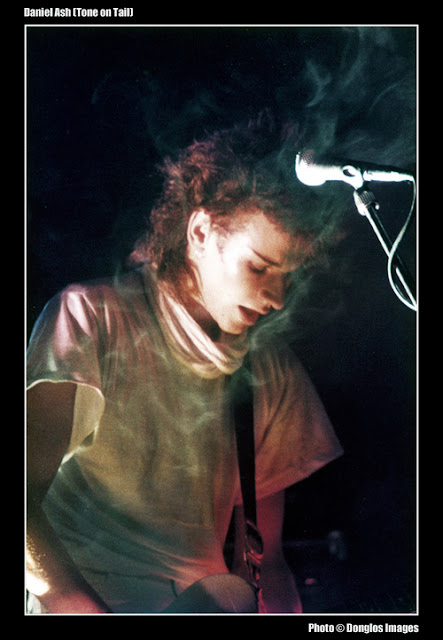 PLEASE RELABEL THE DOWNLOADED FOLDER TO 19 OCTOBER 1984, SINCE IT'S WRONGLY DATED.

Someone noticed a few days ago that there were very few recordings of TOT on the blog and since this is L&R week, it makes sense to post something from TOT, after all two thirds of L&R are in this band.. I don't have much more recordings, but I still have some, so here's another one. Sounds quite good. Thanks to the original uploader.

First and foremost: great thanks go to J. Free, who not only recorded this show but who also graciously sent me a this disc so that I could share it with the rest of you!  Visit his site at sonicarchives.com and myspace.com/sonicarchives.  Thanks J!

For those who downloaded the ToT San Francisco show that I seeded a few months ago, this is essentially the same set but with better sound quality.  Also, if I'm remembering correctly, this show has an added echo-ey outro that is absent from the San Fran show.

Here are a few added notes from J. Free:

For those who don't know, Seventh Street Entry is a tiny little venue annexed on the east end of the club known as First Avenue (no, it's not Prince's club); it actually started out as a liquor storage area for the
venue that First Avenue used to be - Sam's Danceteria.  It's located at the intersection of Seventh Street and First Avenue, in Minneapolis.

...okay, a little disclaimer - back in the day, I didn't realize just how many other tapers there were in my realm of musical interests. So... I used to take my master tapes and EQ them a bit, balance the
channels and levels, fade in, fade out, etc, to fit on cassettes that would be like my own personal live albums.

That means that this isn't THE orignal tape of the show, but a copy I made from the master (which no longer exists, I'm afraid).  Hopefully, I was conservative enough with my tweakings that the integrity of the
recording wasn't lost.  I still think it sounds like a pretty good document of the show, and possibly one of the best from that tour that I've heard, if I do say so myself!

Ironically, an old friend of mine who lived in Minneapolis was kind of the personal escort and chaffeur for Tones On Tail when they were in town for this show, and he is actually the first person that opened me
up to trading networks all over the world!

Email ThisBlogThis!Share to TwitterShare to FacebookShare to Pinterest
Labels: Tones on Tail