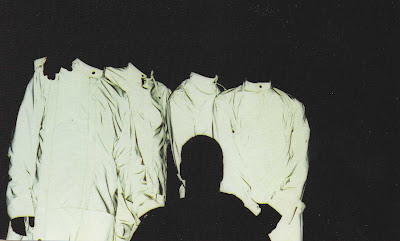 A high quality recording of Coil's live performance at Irving Plaza in New York City on August 18, 2001 as part of Convergence7.
Coil gave their blessing to Don Poe to record and release the performance on a non-profit basis via mail order.

The CDR is packaged in a jewel case with a tray card but not booklet and is only available in a set with a VHS copy of the concert.
They both feature a recording of the complete concert with audio recorded from the soundboard. The video also includes 25 minutes of
soundcheck footage, and a short scene backstage after the show.

No longer avaiable but originally sold at:
http://www.muteelation.com/coil.html

1. Something
2. Higher Beings Command
3. Amethyst Deceivers
4. What Kind Of Animal Are You ?
5. Blood From The Air
6. I Am The Green Child
7. Constant Shallowness Leads To Evil

A Little Bit Of Lunacy
Posted by circle at 13:14

Email ThisBlogThis!Share to TwitterShare to FacebookShare to Pinterest
Labels: Coil