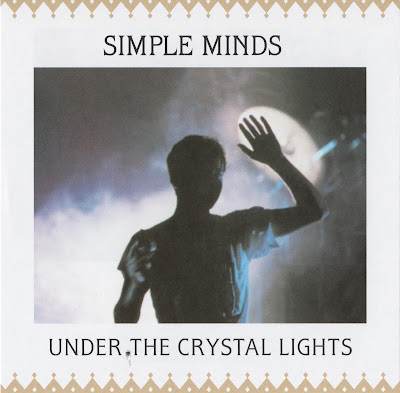 AKA "Under The Crystal Lights"

A recent bootleg from SM, but probably the best sounding one ever. A pity that the setlist of both concerts is identical. Thanks to HARMONIZER09/APOPTYGMA for sharing this bootleg on DIME.

While Simple Minds are still on the roads in 2009 and 2010 with "Graffiti Soul", while Jim Kerr will propose in May 2010 his 1st solo album "A.K.A. lost boy", it's time to remember the golden era...
In three albums (New gold dream-81-82-83-84-, Sparkle in the rain, Once upon a time), the band touched the sky and raised the sun with ecstatic performances during the different tours.
in 1984, for the "Sparkle in the rain tour", the band proposed apocalyptic versions of songs from the two previous albums, performances still in mind of all the SM fans.
This tour was amazing and especially Soundboard's recordings from these two dates present on this double silver CD are the finest candy for all of us!
Don't dream anymore:
These gigs have been already uploaded in remastered versions through DIME with more complete versions and/or remastering tools.
I personally uploaded the full gig on Dime in 2009-11-28 for the Irvington Show and the show from the Festival Grounds at Werchter was uploaded a couple of months later.
Nevertheless, today, this liberated double bootleg for the community of SM fans with full artwork in HD is a gift I know that will be appreciated.
Not everyday appears one jewel in silver CDS as this one!

Summertime
Posted by circle at 10:35