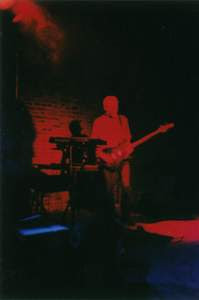 In the winter of 1990 Morthond was created as a one-man project of Benny Nilsen. The idea was to make visual music without any moving pictures with coincidence as a main inspiration." (from "Karmanik Collection") In 1992 the name "Morthond" was changed to "Morthound"; the first release under the new name was "Spindrift". Morthound was disbanded in 1996 and Nilsen started out with his new project Hazard. - Info from Discogs

Quite atmospheric music from this industrial one man band. An offering from Ronan. Our Thanks to him. The tape was ripped in mono, so I duplicated the channel to make it stereo, in fact a dual mono.

Email ThisBlogThis!Share to TwitterShare to FacebookShare to Pinterest
Labels: Morthound