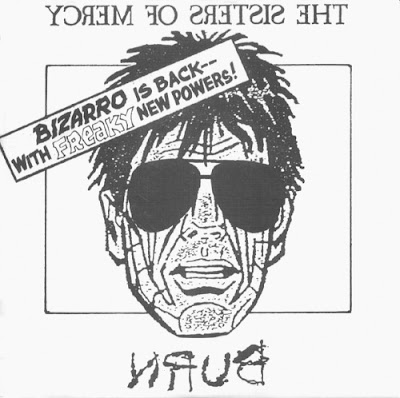 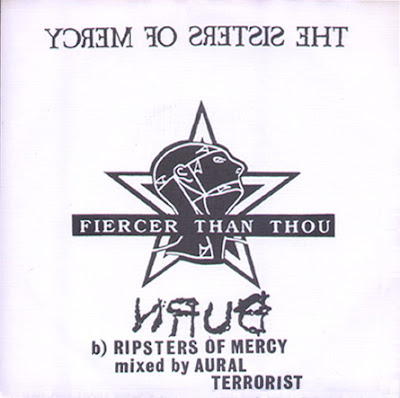 Possibly the worst piece of crap to be released bearing the Sisters of Mercy name...

By 1986, the bootleggers were surely running out of ideas to release stuff. Thanks to sleepchamber for sending me this one. The tracks are not ripped from vinyl, instead are from bootlegs CDs, since the sound was better.

The title of this 7" bootleg derives from the fact that the complete cover is mirror inverted so that BURN can be read NRUB. Therefore the single is also known as Burn 7". As the mirror-inverted Head & Star logo on the back cover is crossed by the lettering "FIERCER THAN THOU" and the same lettering does appear on the vinyl as well, the bootleg is also referred to as Fiercer Than Thou as well.

A. NRUB (Bizarro Remix)
B. Ripsters Of Mercy (Mixed by Aural Terrorist)

Some of the singing is, however, not backwards, so that the following lines can be identified:

Parts of this text can also be found in the lyrics to Burn It Down.